Two siblings are behind moves to reintroduce the martial art Tong Il Moo Do into Samoa which they hope will also continue their father’s legacy.

Yongkwon Suafa and Meehwa Suafa are adherents of the Tong Il Moo Do martial arts discipline, which was established in Korea in 1979 and incorporates all aspects of the different martial arts including taekwondo and karate.

Yongkwon and Meeha is the son and daughter of Maugana'i Seti Suafa, who is a fourth dojung in Tong Il Moo Do and introduced the martial art in Samoa in 1994.

Yongkwon was a second-year degree student at the University of South Pacific (U.S.P.) in Fiji last year but his classes got suspended, which saw him return home to assist his family set up organisations such as Y.S.P. Samoa and Tong Il Moo Do.

“Tong Il Moo Do is the name of the martial art that we are currently trying to establish here in Samoa,” he said. “It was founded and inspired by Dr. Sun Myung Moon and his wife Mrs. Hak Ja Han Moon and the grandmaster is Dr. Joon Ho Seuk. 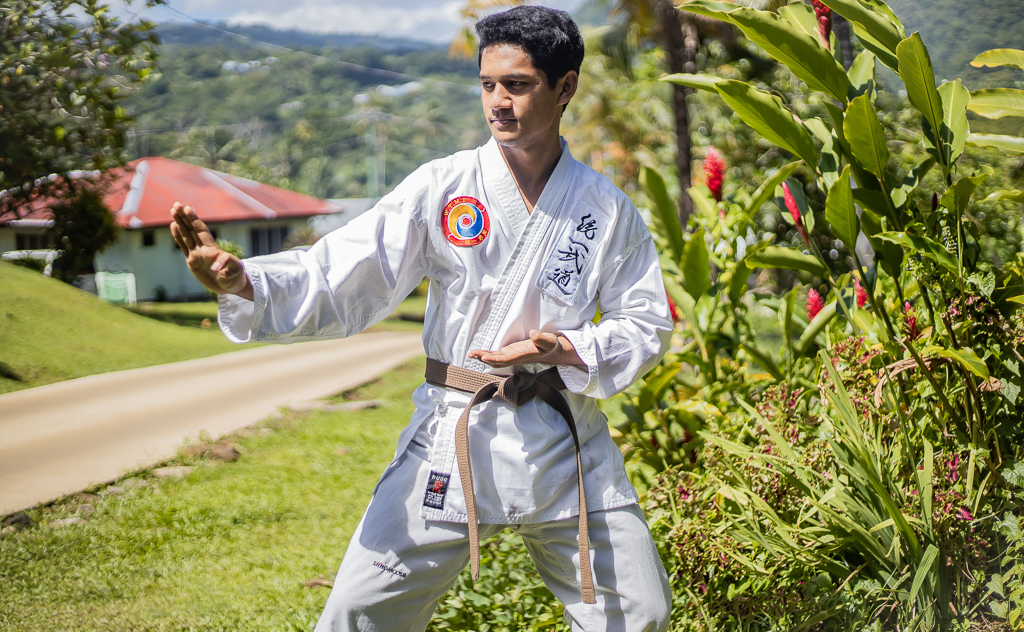 “My dad actually pioneered Tong Il Moo Do in Samoa back in 1994 and started teaching in 1995 at Heems Fitness and the Genesis Gymnasium now known as KL Security.

“Before that, my dad started it up in New Zealand in 1987 then Australia in the early 90s. There was a commercial dojung during the early 2000s for a while, which our family (mainly my dad) was running at Mangere, Auckland.”

Yongkwon said in 2012 they returned to Samoa and began work to establish various foundations, before going off the grid for close to six years, until 2018 and 2019 when they did a demonstration at the National University of Samoa (N.U.S.) Fale in an event hosted by the Peer-to-Peer Initiative.

He added that last year Tong Il Moo Do did a collaboration with Apia-based KLAS Taekwondo.

The martial art has many benefits, according to Yongkwon, who pointed out that they believe it can also improve a person’s character including mental toughness, besides its physical benefits.

“One of the main aspects our martial art uses is the circular motion of give-and-take actions like ying-yang.

“And so we believe that martial arts is not just a way for physical health, it is also a way of life in which you can improve your character, your spiritual, your mental tough and as well as your physical side.”

The Suafa siblings' knowledge of the martial art began when they were young and as they grew up playing the sport. Now, they are teaching students about the sport.

"We started doing martial arts basically was something we did while growing up.

“My father is a Fourth Dojung in Tong Il Moo Do, so he joined way back in the 80s, he was one of the first 40 black belts to be trained by the grandmaster.

“We basically have been doing this throughout our whole childhood. Our core values that we teach include hyojeong which means the respect, honour, and commitment towards parental figures as well as ‘determine the mind and body will follow’.

“Also one important aspect about our martial art is that it aims to collaborate with other martial arts as its name Tong Il Moo Do translates to ‘the way of unified martial arts’.”

Currently, the Suafa siblings are imparting their skills to students, though some of their students have given up or have other commitments.

And Yongkwon acknowledges the challenges that come with taking up a martial arts discipline and accepts that it takes up a lot of courage as well as rigorous training. 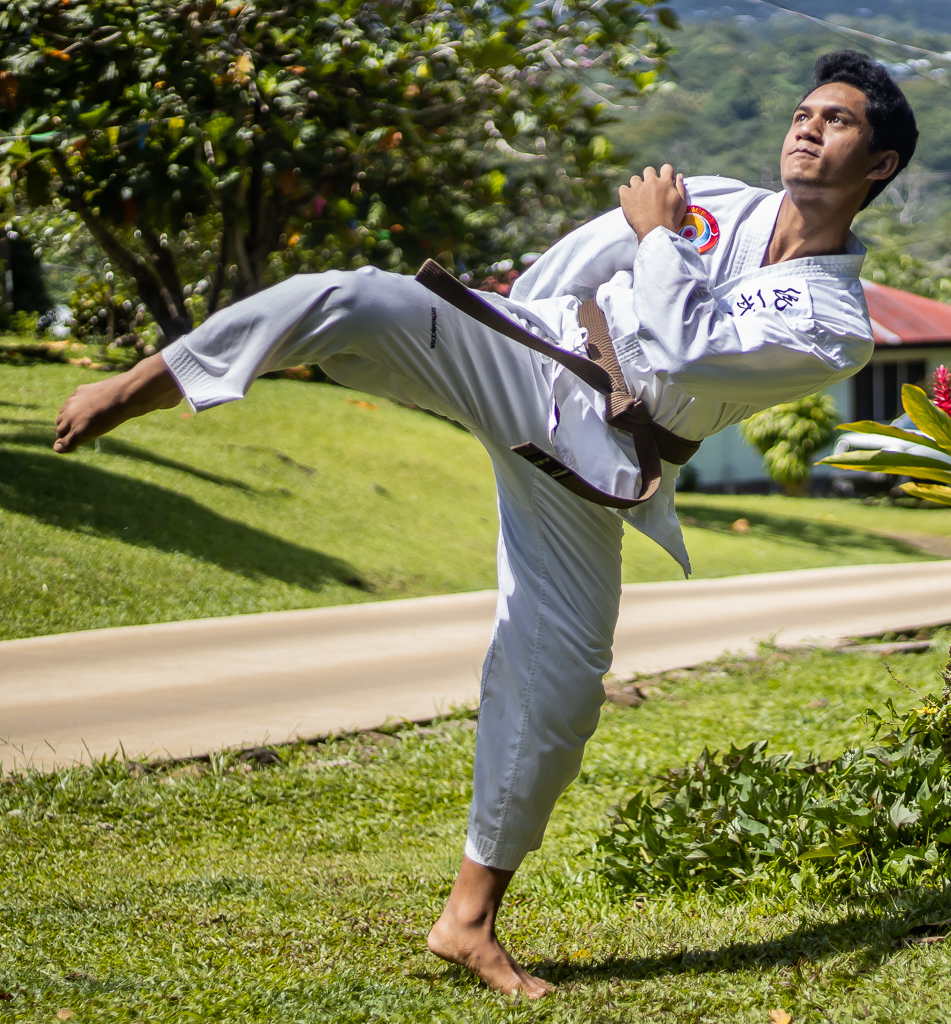 "In the past years it was my dad doing all the classes, and right now is just me and my sister doing the teaching.

“My dad guides us in teaching the kids – the number of students, it kind of varies – some people have chosen to take it up and then left in the same year.

“Martial arts is a bit difficult to take up in life, it takes a lot of discipline and training to really stay in the sport or in the art.

“But I would say that I think it has helped them in the long run, most of the students that were trained have gone out to become good athletes in the S.P.G. and other martial arts.

“But right now we're still trying to build up the number of students."

Taking the martial art to the international level is a goal of the Suafa siblings and Yongkwon hopes the discipline can reach the same height like taekwondo and judo.

"One of our aims is to bring it to the international stage, we definitely want to promote it in the education department here and also in the Olympics like taekwondo and judo,” he said. “That is definitely one of our ultimate goals, to make it to international level because right now they have a whole lot of Tong Il Moo Do in Korea and Japan.

So we just want to make a solid foundation here to push it and encourage all the kids to consider taking on martial arts, if not Tong Il Moo Do but any other martial arts.

“I think it's a big benefit to ourselves – not just our character but our physical self and mental health.”