More than 300 people in Siumu are able to access clean drinking water, thanks to a $1.2 million project to upgrade the Saaga village water system.

The project was funded by the European Union's (E.U.) budget support for Samoa’s water sector.

It was implemented with assistance from the Ministry of Women, Community and Social Development and the Independent Water Scheme Association (I.W.S.A.).

Saaga Village is registered under I.W.S.A. which is a non-profit organisation that aims to ensure reliable and sustainable access to clean, safe, and affordable water for all of Samoa’s Independent Water Schemes.

The contractor was awarded to Transworks Ltd while Kew Consult Ltd was the consulting engineer.

Construction works started in March 2020 and took more than seven months to complete.

Before the upgrade, water supply was unfit for consumption, however I.W.S.A. provided some houses with home water treatment systems from overseas donors.

The home water treatment systems were designed to remove potentially harmful contaminants such as E.coli and cryptosporidium.

Accessing clean water has been more than a 15-year wait for the Saaga village and its residents. 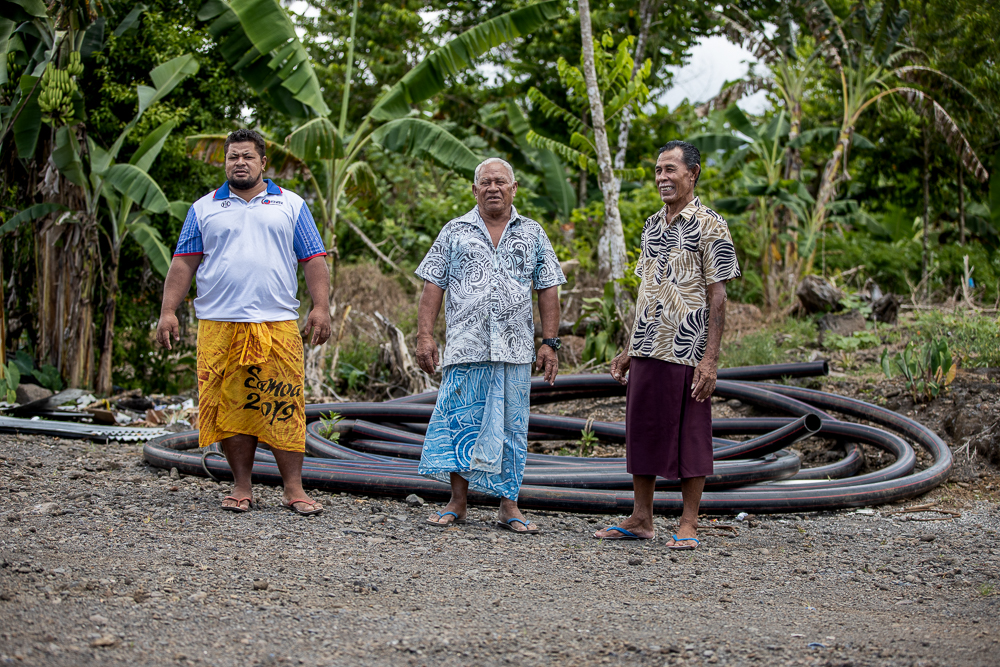 One of the Saaga villagers, Latigaga Ripine, told the Samoa Observer that the project was a dream of the village’s forefathers.

“We thank God that our village has completed its water upgrade project but it would not have been possible without funding assistance from [the] E.U. and the help from I.W.S.A.,” he said.

The 68-year-old father-of-five also mentioned that there was a significant struggle before the project was complete because pipes were old and rusty.

“There were times when the water supply was disconnected because of a hole in one of the water pipes,” he said.

“We are blessed that we do not have to boil water anymore because the water is clean, this is a dream come true for our families to witness the completion of a much needed project.

“The project will also benefit our children and the future generations.”

Another resident, Tupuola Tavita, told this newspaper that there were times their family had to fetch buckets of water from elsewhere when the water was disconnected:

“The water supply at times would be slow in distributing its quantity to various families but we are so grateful that the upgrade project will bring good new changes.”

In a previous interview the Saaga village mayor, Leau Apisaloma, said that water was a long-desired necessity for their people:

“We need water for survival which is why we especially thank our forefathers who were the founders of our water scheme.”

Some 15 per cent of Samoa’s water access is provided under Independent Water Schemes, more than 50 of which are managed by the I.W.S.A.