The newly sworn in leaders were blessed by Church Ministers at the inauguration (Photo: Leua Aiono Frost )

American Samoa’s new Governor and Lieutenant Governor were sworn into office on Monday.

The inauguration was held at the Fagatogo Pavilion in the American territory's capital.

“I want to thank American Samoa for placing your trust in me and Talauega; to lead the Government in the next four years," he said in his speech first official speech as Governor.

“We are merely servants.

Lemanu has been Lieutenant Governor for eight years, during the period in which Lolo was Governor. 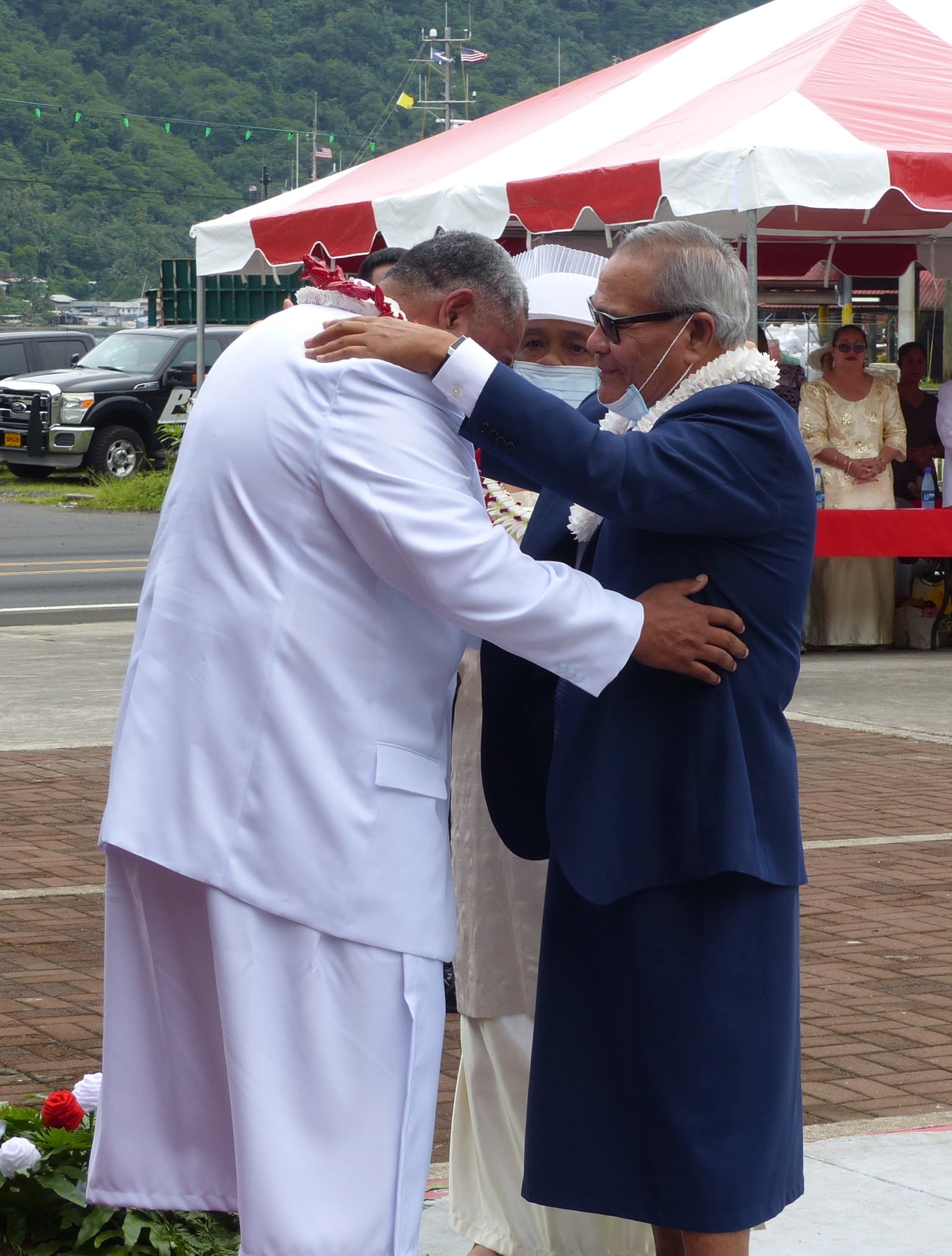 The new Governor also acknowledged his wife Ella Gaea Mauga who is stuck overseas along with their children.

An estimated 600 American Samoa residents are stranded in the U.S. due to suspension of air services to the territory as a result of COVID-19 border restrictions.

During his speech, Lemanu noted the day of inauguration in American Samoa is the first Sunday (local time) of the month and communion is conducted in the churches.

"They say that Samoa is a chosen Country and a Country that puts God first in all they do," Lemanu said.

It was a double celebration for the incoming Governor, whose 61st birthday coincided with the day of his inauguration.

Earlier on, when Lolo and Cynthia arrived Lemanu walked down the pavilion to welcome the outgoing Governor.

In a symbolic changing of the political guard, Lolo removed his Samoan “ula fala” (ceremonial necklace) and draped it over Lemanu; they then held hands and walked up to their seats.

In November 2020, Lemanu and Talauega won American Samoa’s Gubernatorial race by a relative landslide with a majority of 7,145 votes.

Lemanu and Talauega came first out of four camps running for the Governor and Lieutenant Governor roles.

It is the first time in the last 30 years the American territory’s Election Office has not announced a runoff for the gubernatorial race.

There were 41 designated polling stations across the territory, with 16,000 registered voters.