Entertaining a generation from VHS to DVD movies

From the days of the VHS video cassettes to DVD movies, Phaedra Moors reflects on an era when her family opened Samoa’s first video shop 35 years ago that entertained a generation up until its closure on 1 January 2021.

In the wake of the much-anticipated New Year 2021, my siblings and four employees cleaned up in the aftermath of the town area floods on 18 December 2020, which once again left the Leung Wai Arcade and all of Saleufi underwater.

And although it had become routine every year during the rainy season, this time, for Mad Mel’s Video they cleared the display shelves for the last time and packed up the final box of DVDs and movie covers forever.

I must admit that although we had been wanting to close down the shop for a few years now, our father had insisted on holding on to what was, in essence, his baby – and what has been our livelihood for 35 years, nothing had prepared any of us for what happened today when we finally closed its doors. 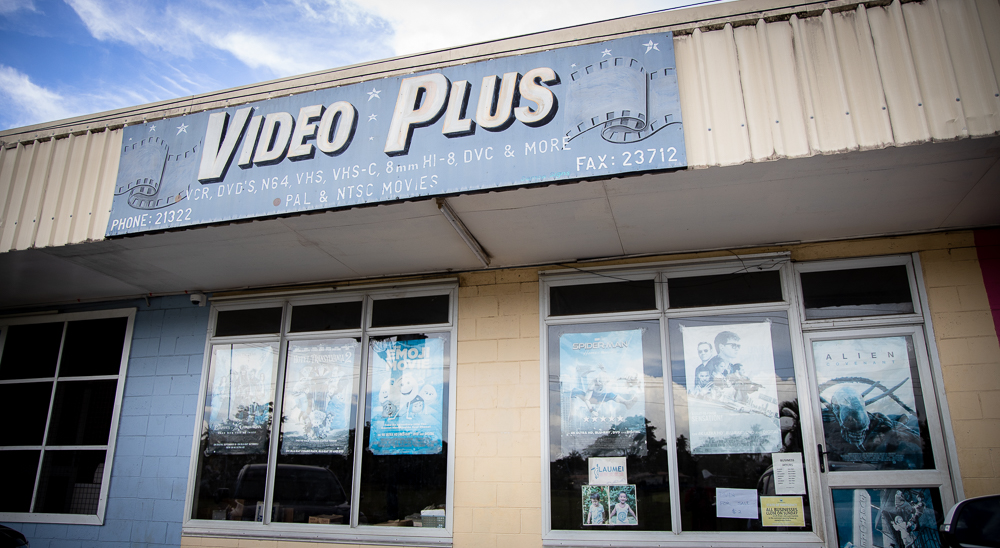 My sister Tasha, who has been managing all three video shops including Mad Mel’s has been hit by the reality of it all the hardest as she tells of how all four of her now out-of-work employees all cried as they said their last farewell.  I told her to post an announcement on her Facebook page to thank our hundreds if not thousands of customers for their support.

As I look back at the decades of working in the family business – it became clear to me that this was much more than the end of just another shop, it was the end of an era – an indelible part of growing up, of fond childhood memories for at least one generation of Samoa.

Mad Mel’s Video was the first video shop in Samoa.  My parents Lyle and May Moors started the business in 1985 with as little as 20 video movie cassettes on two home-made shelves from our living room at the house we were living in at Moata’a across from Apia Park.

I remember some early titles being Police Academy, Footloose, Terminator, The Goonies, The Colour Purple, Commando, Rambo, Teen Wolf and Nightmare on Elm Street to name a few. 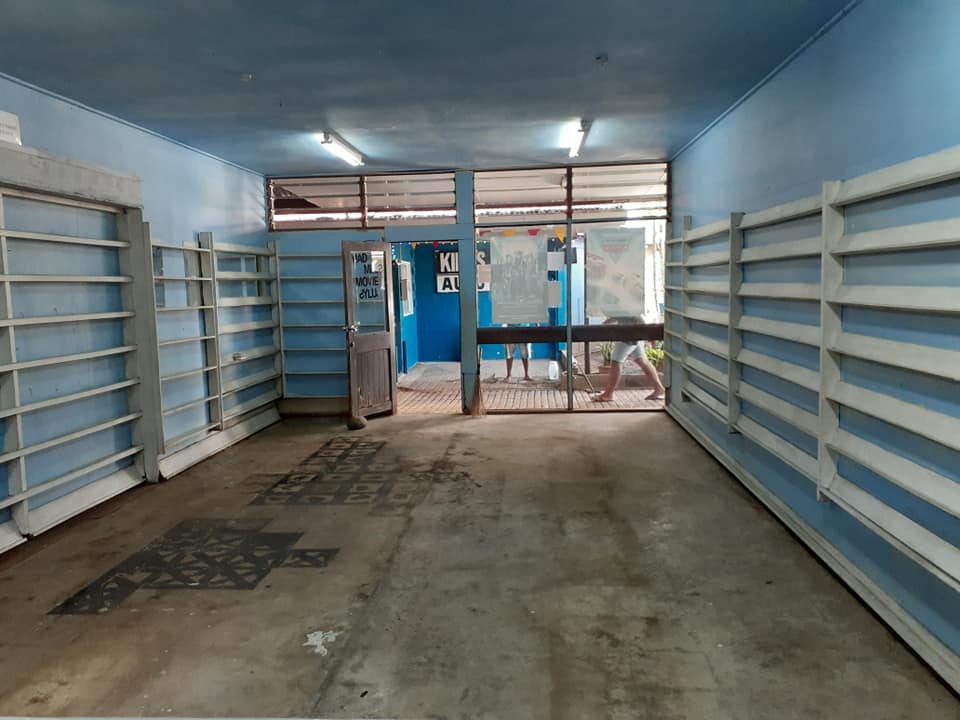 My father was still playing at Tusitala for the Tusitala Band with my uncles Oliva, Maua and Francis and then straight into it when he got home while my mother manned our little dairy shop that made up the front part of the house, they both worked hard to save up for a proper rental space for the business.

Mad Mel’s first opened at the Gold Star Building in Matafele next to Frieda Paul’s Coffee n Things Café.  I remember dozens wandering in to have a look, it was the first time so many had ever seen video cassettes and some spent hours looking through every movie cover and reading the back descriptions. Movies were rented at $3.30 tala each and cartoons went for $2.00.

In 1988, Mad Mel’s moved to the Leung Wai Estate Arcade next to aunty Alice and Uncle Jay’s J-Land Fashions and Mama’s Jane’s Tours & Travel. By this time, we had around 300 movies and regular loyal customers from as near as Mr Ah Choo from across the road in Saleufi getting the latest Kung Fu movies to Rev. Onesemo who travelled each weekend from Falefa for family action movies to others from Savai’i. 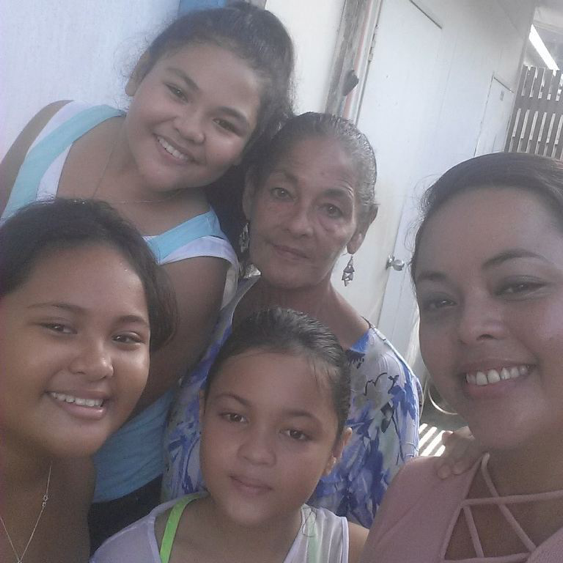 We were always busy, especially on the weekends when we’d close late at 10pm and customers were still lining up to rent videos, some 6-10 videos at a time.

During the 80s and 90s the main bus stop was across the road in front of the Chan Mow Wholesale Building and right in front of the Arcade in front of Music Hutt.  Every day buses would offload all the students from schools like St. Joseph’s, Samoa College, St. Mary’s and all over who crowded the arcade and spilled into the video shop until the last bus would leave at 5pm.

They all came into the video store – it was a time before social media or mobile devices and the video shop and our movies was where everyone found their inspiration – the first social media influencers were the movies stars and the window to westernised modern trends in thought, fashion, style and life were found in the black tapes that had little yellow stickers on them that said ‘be kind, rewind’.

Videos back then were more than just for entertainment, they were the only source of inspiration, escape, hope and education for most.

My dad made sure we had every single National Geographic episode that was released as well as Jacque Cousteau and every worthwhile documentary that came out during that period. 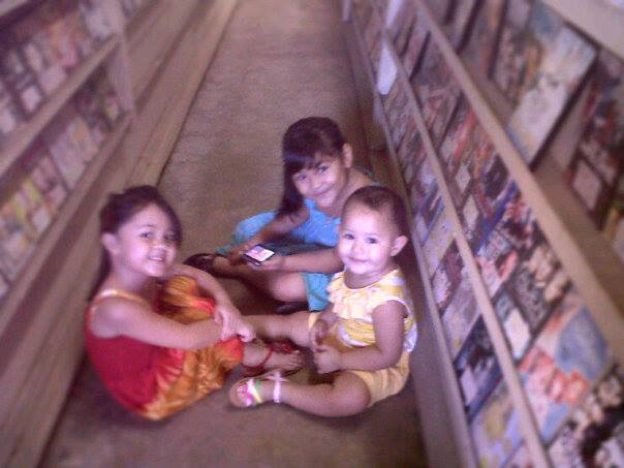 Schools from around Samoa rented videos to complement their teachings from To Kill a Mockingbird, MacBeth and all Shakespeare’s classics to biographies of Gandhi, JFK, Mother Teresa, Nostradamus and of course all the biblical movies from The Ten Commandments to The Passion of Christ were all huge hits and were always rented out.

I must admit, for me, if there was a movie about it – I’d prefer to watch it than to read the book and I managed to pass my School Certificate and PSSC English literature assignments and exams without really reading the end of My Fair Lady, To Kill a Mockingbird, MacBeth and Romeo and Juliet – all based on what I watched (and I say that with a proud but quiet modest grin).

I saw varying age groups of generations develop their personalities and indulge their quirky interests and geek out on sci-fi movies, Animes (we were the first to get original English dubbed), or scary movies with Freddy Krueger, Friday 13’s Jason and Chucky, then the Filipino Series of Sa Piling Mo and Korean Series of Highway to Heaven; of course, even the adults rented every Disney movie that came out from the Wizard of Oz to Little Mermaid and Lion King.

One of the biggest movies ever to hit Samoa was the Titanic in 1998. When the Titanic was released only in theatres in the US, we somehow managed to get our hands on a quality video, and could have possibly been the first in the Pacific to have it on hand months before it was due to be released mainstream. 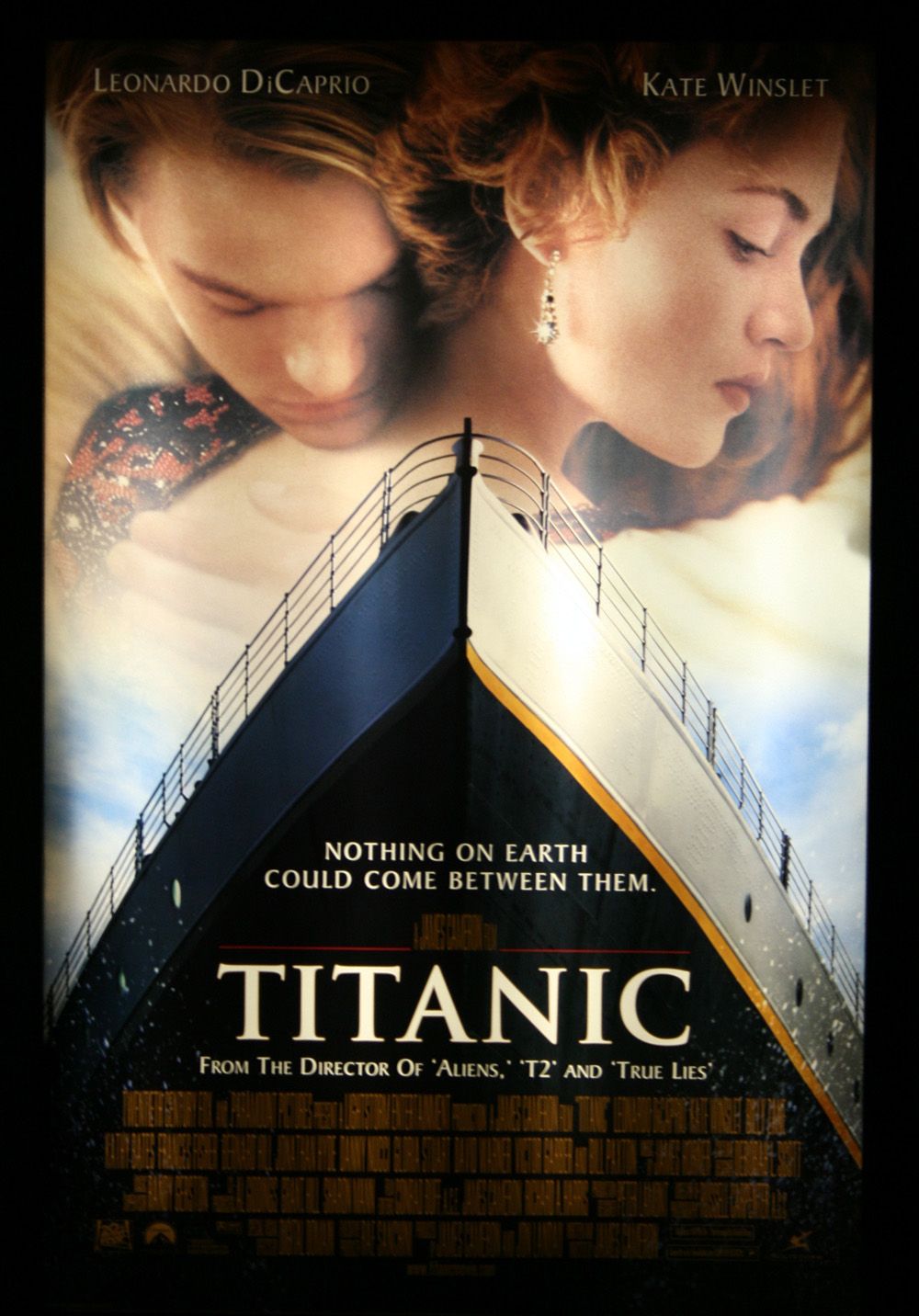 I remember that while we were waiting for the release date to near, we got calls from all over requesting a copy, some even offering to pay hundreds for a copy to own. There was even a time when a Government car belonging to a high-ranking official showed up at our house requesting a copy. Calls came from prominent business people, family, friends and even people we didn’t know begging for a copy.

To this day, my parents still don’t know that I had snuck a copy of the Titanic and carefully handed it over to my cousin Henry, who was hosting our UPY movie night fundraiser, and showed it in the main lecture theatre jam packed with an overcapacity of 400-plus students. Afterwards, I snuck it back home as if nothing ever happened.

The audience was so overwhelmed that when the movie ended there was a standing ovation and at assembly the following Monday, they acknowledged my ‘contribution’ of the movie and to my astonishment everyone turned around to look at me and all clapped in gratitude – all I could do was think of the amount of trouble I would be in if my parents ever found out.

Since then, our family opened two more video stores in Lotopa (Video Plus) and Vaigaga (Video Village) – all of which are now closed.

I worked with my cousin Juney every weekend since we were 8-years-old, and continued right up until we graduated from university and found full time employment as adults.  My parents did their utmost to provide the best customer service, selection and variety of movies for our customers and instilled in us a work ethic and the meaning of ‘service’ of ‘tautua’.

My sister Tasha and brothers Jared and Toby have taken over from our parents to manage the shops from 2006 until today. The video store was our home, it was our life and we had our best memories, made some great friends and lots of life lessons learnt – not in between the scenes – but along the shelves and in front of the screens.

We want to share some of the comments made today by friends of Mad Mel’s from all over the world and thank all of our dear customers and Samoa for the amazing support throughout the years.  It’s been one heck of a ride, one to remember always. Thank you.

Moana Evans (Samoa): Been going here my whole life including up till last week lol! Thanks for everything and all the fun nights!

Athene Macdonald (Perth): Too many happy memories of Mad Mels – you guys were the best part of growing up…so sad to see it go...

Jnr KC Poulava (Samoa): Omg this is such a huge part of my childhood!

Charlene N Joe (California):  Sooo many GREAT memories that I will forever cherish…

Eiko Fuimaono (Christchurch): So many family memories and great family bonding time thanks to Mad Mels, thank you and your family for years of providing a great service. All the best with future endeavours, alofa atu to your mom, Mad Mels shall be missed (my mom will prob spent the rest of our next video convo talking tearfully reminiscing about it).

Bertha Pakoasongi (Vanuatu): That used to be our hangout place.

Allen Gabriel (Pago Pago):  Remember hanging out there after school, and some weekends. Feels like a lifetime ago. Love you guys.

Lita Sagato (Utah): I have memories of going there when I would visit Samoa in my youth. Good luck on your future ventures.