A budding teenage athlete is celebrating her Samoan heritage on onfield and off as she continues to accumulate one accolade after another at the top of American high school softball.

Based in the American state of Georgia, Tagen Arlene Levao has been dubbed a “softball standout” who has grabbed the attention of professional leagues, according to Extra Inning, an American news site dedicated to the sport.

She is an outfield or middle infielder and attends Locust Grove (Georgia) High and plays for Steven Locke’s Atlanta Premier Gold team.

“I am half Samoan along with Spanish and white and my Samoan side is very family-oriented with tons of traditions and pride,” Tagen was quoted as saying.

Samoans, Extra Inning says, are known for their athleticism across the sports landscape and Tagen, who is bringing that tradition to softball sees that in her family too.

Tagen told the publication about her cousin who made it to the National Football League.; her love of volleyball; her matai grandfather; dancing; church and Sunday toonai (lunch).

“My cousin Paul Soliai played in the NFL, my dad played volleyball—literally every Samoan is good at volleyball,” she said. 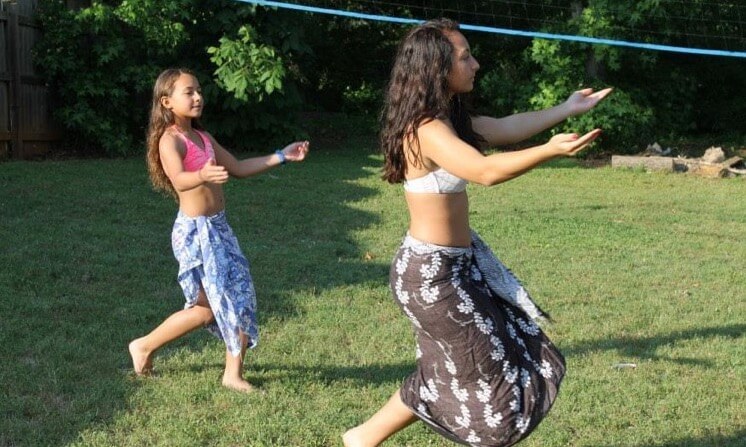 “We are taught to be fierce and never give up, to work hard and make your family proud.”

School, she says, is also important to her and her family; and she is proud of her current 4.1 Grade Point Average,

The young softball player takes the Fa’a Samoa (or Samoan way) seriously which she told the publication was the “traditional code of behavior that is the backbone of Samoan society”.

“My grandfather is [a] chief (“Matai”) and they lead the family and are highly respected,” she told Extra Inning.

Faith and food are also very important in the Samoan culture, Tagen said, and are celebrated on Sundays “like it's Thanksgiving.”

“Then we sing and take a big nap,” she continues before adding jokingly: “I’m really good at that part!”

She told her American audience of the importance of cultural activities such as dancing which is a huge part of her family’s culture and a means of storytelling and preserving culture.

“We have danced in festivals and parties since I was little,” Tagen said.

Another upcoming tradition she said she is excited about taking part in is getting tattooed (taulima).

“It’s a sacred piece of art that you have to live up to and show respect to your culture,” Tagen told the news site.

“I cannot wait to get mine!”

Already a force in southeastern softball at the prep and club levels, the junior honours her Samoan ancestry on and off the softball field.

On the club side, she’s helped her previous Georgia Impact team finish in 3rd place at the P.G.F. Platinum Nationals tournament and has twice been ranked in the “2022 Extra Elite 100”.

The youngster recently joined the AP Power Under 18 team and has quickly made an impression in a shortened fall season, Extra Inning noted.

The promising athlete has gotten off to a strong start.

After only the first two weekends, she boasted a .444 batting average and showcased her power and speed also.

Among her honours, she was named the Region 4-AAAAA Player of the Year for her state and was named to the Georgia All State 1st team roster.