Samoa is among the word’s most obese countries. And with that comes a massive non communicable diseases problem, especially diabetics.

One man who is fighting hard to reverse this sad trend is Dr. Walter Vermeulen and his team at The Matuaileoo Environment Trust Incorporated (M.E.T.I).

He is able to do this by encouraging people to change their food habits and take up a whole plant-based diet.

According to Dr. Vermeulen, M.E.T.I encourages communities to develop what is called “self-reliance”. They also encourage a “do it yourself approach” for people to use their brains, tools; something that has guided his work as the executive

“Do it yourself, use your brain, tools and whatever you have and that has guided my work as executive director for the last 20 years,” he said.

The vision of M.E.T.I is to develop healthy, peaceful, and sustainable communities which Dr Vermeulen believes is a milestone if established as it would bring happiness and stability in the country.

Dr. Vermeulen believes that the major health issue that’s prominent in Samoa is obesity, though there are also other issues that he believes should equally be addressed as well such as non-communicable diseases as well as infectious diseases.

Aside from his medical background, Dr. Vermeulen also has an agricultural background as he had been a commercial farmer for several years. He has advocated for organic farming free of any chemicals. They are now qualified to certify organic farmer who wishes to sell their organic produce at the market.

“The other aspect has been because of my agricultural background now as I was a commercial farmer for several years, we have been promoting what is called perma-culture which is an acronym for permanent agriculture of sustainable agriculture and that been very successful with the farmers so that they don’t have to use chemicals, no more chemical fertilizers or whatsoever,” he added.

As doctors, Vermeulen believes that they are also coaches informing patients on what they need to do to care for themselves.  He described himself as a happy doctor given that he has happy patients and it is a reward to him when his patients return to see him feeling their best since the last time he had checked them.

“The big issue that we are promoting is that rather than being just the doctor, who tells you what to do, we consider ourselves more like coaches; we talk to you, we get you to cooperate, we explain to you why you are in this and that condition so that you, yourself can participate in your healing and that is what is important,” he said.

“I’m probably the only happy doctor’s in Samoa because all our patients are happy patients. When a person is sick like we have with heart failure and all that, and we tell them that they must eat plant food, and they do that and they come back 2 weeks later and they say, “I feel better doctor.” That is the greatest achievement and reward that I get from patients.”

M.E.T.I have been around for more than 20 years and has helped a lot of people and have records of over 2000 patient files. Since the beginning of METI, Dr Vermeulen has held what is called the Samoa Sleep Clinic for people who snore and have problems breathing during their sleep.

“We have noticed that many people with obstructive sleep apnoea which is the condition that we are treating came up with other conditions, obesity is one, diabetes gout and that’s when we became uncomfortable,” he added.

He had also started a healthy eating clinic which started in 2013 just after cyclone Evan where the team at METI promotes whole food plant-based nutrition to reverse chronic diseases like diabetes, heart disease, gouts and even early stages of cancer or at least delay the spread of cancer.

“In many of my columns in the newspaper I used to put in the molimau, the testimonies of people, but I’m telling you, we still are so amazed, but it’s really telling people to eat the right food that their body needs,” Dr Vermeulen told this newspaper.

Earlier in November, Dr Vermeulen made a point in a column published in the Samoa Observer where he argued that Type-2 diabetes is reversible if a patient is willing to follow a plant-based diet.

"We have on many occasions printed testimonies of people that followed the whole food, plant-based diet – the M.E.T.I. diet - which in a matter of weeks turned around or as we say ‘reversed’ their Type 2 diabetes," he said in an interview earlier last month.

"Not just the diabetic condition itself but also its dreaded complications like loss of vision or draining leg or foot wounds that could have led to amputation. 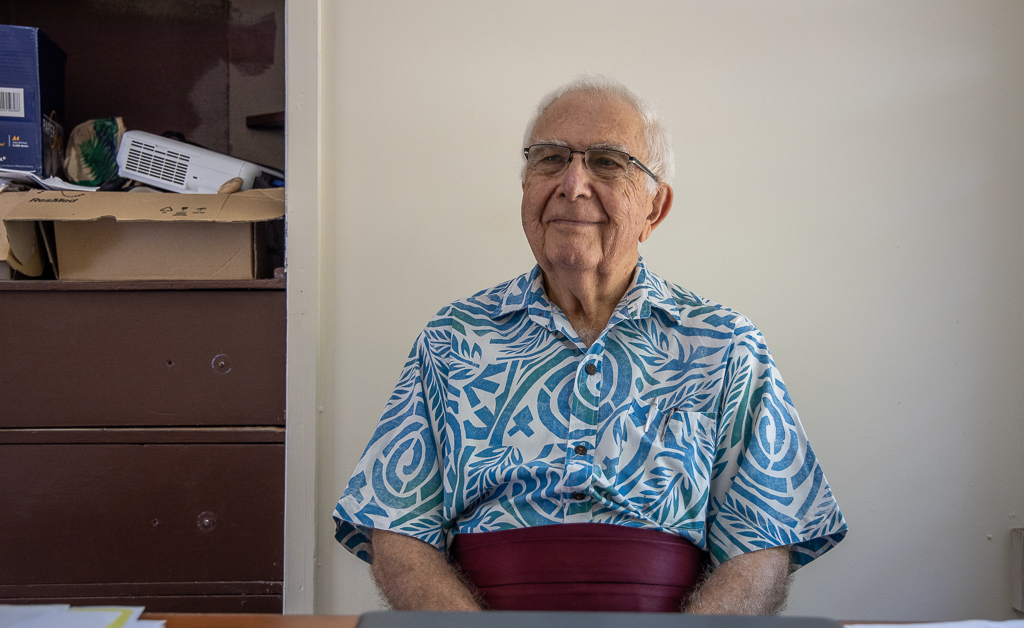 “All this allows us to say loud and clear: diabetes and its complications can be reversed. Let me repeat this: Type 2 diabetes is a reversible condition and not one that is incurable.”

According to Dr Vermeulen, he was just like his patients before he discovered a video on Netflix called, ‘Forks and Knives’. He was using a machine and after he watched the video that gave the story of these patients with these conditions that were following a whole plant-based diet, he was determined to follow the diet and in 6 months, he said he was a new person.

“I was a new person. I had lost 15 kilograms and I could throw away my pills,” he said.

Dr Vermeulen’s late wife, Matatumua Maimoana passed away in 2012 and together they have four children. His late wife was a good orator and Dr Vermeulen said that he had told his wife back then to teach him how to speak Samoan but she had preferred they talk in English.

“My dear late wife, I kept telling her because she was a very good orator and I said to her, “Mua, tell me how to speak Samoa,” and she would say, “Ehh we have so many things to talk about, let’s just keep talking in English.” And so we never had time and now I feel sad that I didn’t push her that I must speak Samoan, but I can talk with the patients,” he said smiling.

Dr. Vermeulen did his medical at the University of Brussels and his surgical training in Hawaii. He took over as the surgeon in Samoa from his tutor, Dr Charlie in 1966, and he has been in Samoa working and changing lives ever since.

“I wanted to become a surgeon so I went to the US and I did my surgical training in Hawaii. One of my tutors there was Dr Charlie and he was asked by the government here in 1966 to come as a surgeon and he came and was a surgeon here for 2 years and many people still remember him and then he wrote a letter to me one day to come here and I took a holiday and worked with him for 2 weeks and then he said to me, “Would you mind taking over for me when I finish?” and by that time I had already fallen in love with Samoa,” he said.

“This is home, I couldn’t live anywhere else and as far as I’m concerned, this is paradise.”