The COVID-19 pandemic was the defining public health crisis of 2020. But it obscured another far more insidious and persistent attack on Samoans’ health: the uphill struggle against non-communicable diseases such as diabetes that has left hundreds on lifesaving dialysis treatment.

On the forefront of that fight is Leituala Dr. Benhur Talavou Matalavea and the National Kidney Foundation (N.K.F.).

Non-communicable diseases (N.C.D.s) like diabetes, hypertension and kidney disease are among the leading causes of sickness and death in Samoa. Over 70 per cent of Samoans are afflicted, and another 50 per cent are at high risk of developing one.

This year, the N.K.F.’s Medical Director, Leituala, was acknowledged as a member of the International Society of Nephrologists (I.S.N.), granting the foundation a sister relationship with Middlemore Hospital in Auckland.

It is expanding these international relationships within the international community of kidney specialists that the N.K.F. believes can help uphold good kidney health for Samoa and the region.

But Leituala has not always been in the field of primary health care. Before he completed training in that field, he started off in ardiothoracic (heart) and orthopaedics (bone) surgery.

He has been a doctor for 31 years.

Also under Leituala’s belt is 20 years as the Manu Samoa team doctor in four Rugby World Cups and one Olympics amongst many other tournaments. He is also the honorary physician to former Head of State, Tui Atua Tupua Tamasese Efi and his wife, Filia.

In other non-medical roles, Leituala is a former President of the Avele College Old Pupils’ Association, the current President of the Royal Samoa Country Club and a former long serving Samoa Cancer Society Vice-President for many years, with which he continues to be heavily involved.

Leituala believes that recognising people’s health needs is the first step towards making changes for the better.

“The longer I was in this profession I could see that where the health of our people is struggling is at the primary health care level and in preventative medicine,” he said.

“We have engaged in a western health system that has done little to understand our own Samoan cultural beliefs and values and I feel this created a significant issue with health literacy and our people being able to recognise these newer diseases we are facing today but also in how to engage with the western health system as our own traditional beliefs do not align well with the western system.”

Leituala is a father to four children: Teresa Siainiusami, Mariana Laloataata, Sia Daniel and Leilani Oriana Gaualofa. Together Leituala says they provide the motivation for everything he does. 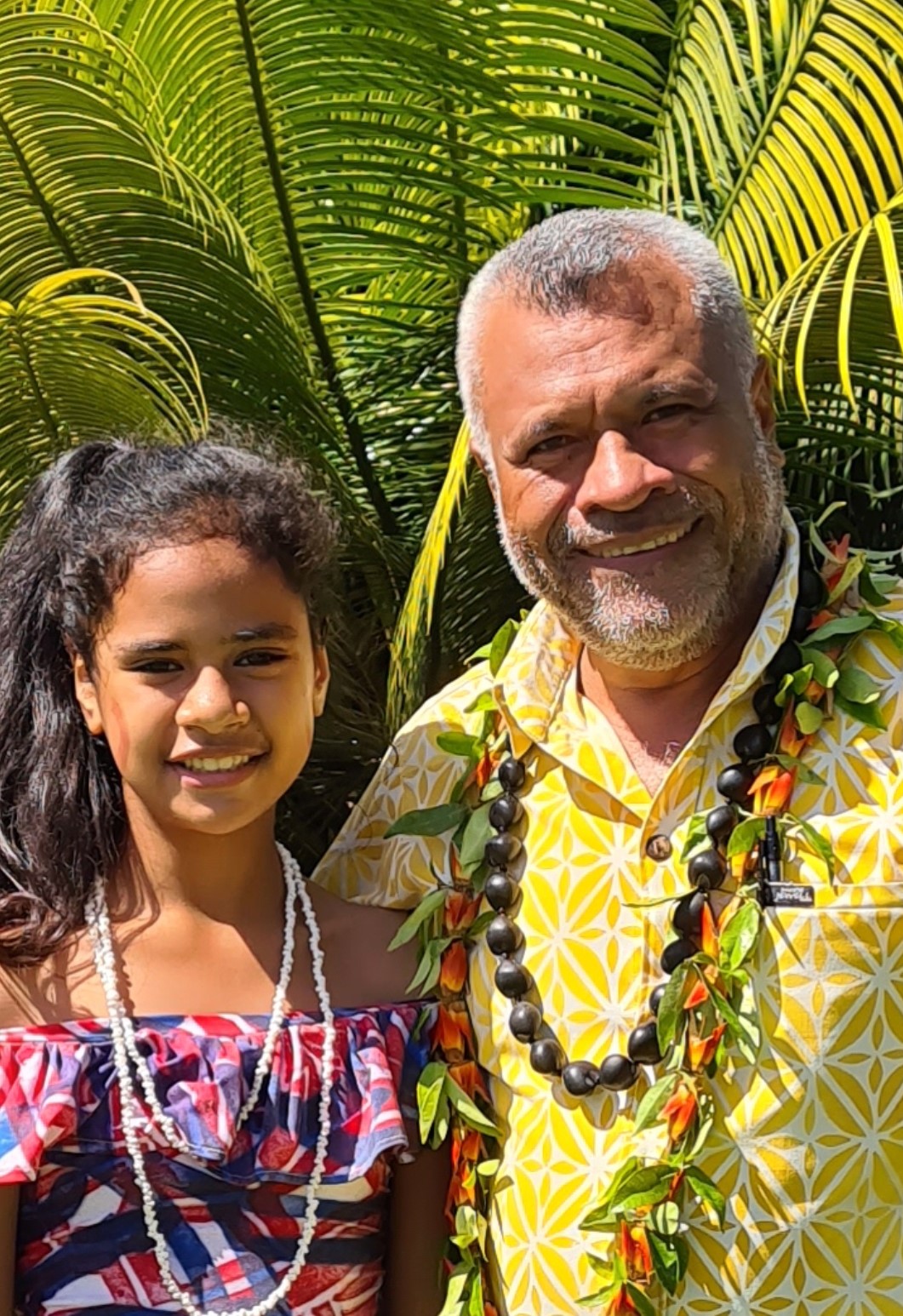 “They are my greatest achievement in my life and to be a role model for them, to help them to understand our essential role in life is to look after each other and others is what motivates me in all I do,” he told the Samoa Observer.

“This translates into my clinical work both in N.K.F.S. and in the cancer fight as I want to demonstrate to them the basic essence of us as humans is to help others. If I can just be a good father I will have achieved all I have ever wanted.”

Away from the white coat, Leituala is simply a dad who loves his kids and a partner who enjoys being active daily, whether it is walking, playing golf or watching any kind of sport.

And because of this, the hardest aspect of his chosen field of work is the demands it places on time away from his family.

“There are many times I have had to work, missing out on time with my family, my children, which has impacted on our lives but medicine is like that,” he said.

Leituala says the life of a doctor is not one he chose himself.

He says several challenges have defined his life as a doctor.

The first was seeing people suffer in the wake of 1991’s Cyclone Val - a time when he and his colleagues worked for five straight days and nights. Then there was the 2009 Tsunami and the struggle to evacuate more than one hundred severely injured victims from Lalomanu to Moto’otua before nightfall. He was one of the first doctors on the scene.

Another critical memory Leituala remembers vividly is during 2012’s Cyclone Evan and hearing of his childrens’ home being flooded while he was at work.

“I thought I had lost my children,” he said.

And the most recent measles outbreak last year, Leituala said, was an incredibly difficult period for those in medicine.

As a father and as a clinician he remembers thinking: “This is a preventable disease and it feels like as a profession, we had failed our children.”

The doctor said after being “deeply scarred” mentally, it is important to realise that to be able to heal and move forward, weaknesses must be acknowledged and learned from to grow stronger.

“From strengthening my faith in God and understanding my commitment to help others; to experience the satisfaction and happiness in helping others,” Leituala said.

“In seeing families and their loved ones recover from an illness or just being able to be there for a patient and their families to help them face challenging and difficult diagnosis and decisions which often may be supporting them through the loss or death of a loved one, these experiences make it all worth it.”

Asked to nominate his career highlights his attention shifts away from the professional world and he instead lists: being a father to his children, looking after and supporting his mother and family, particularly in her final years and supporting his village and community.

Leituala says those are the roles that shaped him into the man and doctor he is today.

Medicine was not Leituala’s originally planned career path. He was originally groomed to enter Malua Theological College to be a pastor, as his grandmother had wanted.

When he was 13-years-old, Leituala left for Avele College for five years, where he was awarded a Government scholarship to complete Form Seven in New Zealand at New Plymouth Boys High School. From there was accepted into the University of Otago Medical School.

Having very poor English; experiencing culture shock; dealing with a very cold climate; having no family and feeling homesick while overseas.

But these did not stop the young boy from Savai’i from pursuing his goal to surmount the hardest academic challenge.

“Through my school years, I was advised not to do medicine as my English was poor but this discouragement made me more determined,” he said.

While he could not pass many of his English papers, the young Leituala’s strength lay in science.

At university, he was fortunate enough to meet an advisor who encouraged him to continue pursuing his dream of being a medical doctor, and not take English in his first year of university.

His grandmother’s last words to him before he left Samoa were: “Feiloa’i pea i talosaga” (we will meet in prayers).

He thought of them often as he struggled through the hardships of six difficult years in medical school, Leituala said.

“I also had a strong faith that guided me knowing internally that this journey in medicine was not for me but for all those supporting me from Samoa, my family and my village,” he said.

Leituala said as he becomes more involved in research, he believes that as a Samoan doctor, he has an obligation to better measure progress, tell patients’ stories and develop new means to address Samoans’ health issues,

He noted that while there is a lot of research done in Samoa and the Pacific very little of it is driven by academics and doctors from the region.

“I am also engaged in teaching our medical students and junior doctors. But health is not restricted to doctors and nurses,” Leituala said.

Leituala hopes to be a model for future health professionals and continue to grow and develop Samoa’s health system to rise to the challenges of non-communicable diseases “in a way that integrates our Samoan culture and values around sickness, health, and wellbeing”.

“The face of health is changing and we as a people need to keep abreast of this and engage with new and innovative ideas,” he said.