The cost of Friday's flooding that devastated Samoa has risen to $71.8 million and climbing.

So confirmed the Interim Chairperson of the National Emergency Operation Centre (N.E.O.C.), Agafili Shem Leo, who said the amount accounts for the cost of damages to electricity, telecommunication, roads, water catchment areas and other key infrastructural developments.

According to Agafili, the cost is only an estimate from a preliminary report but the Committee will continue to review other factors such as health which means the figure could rise. 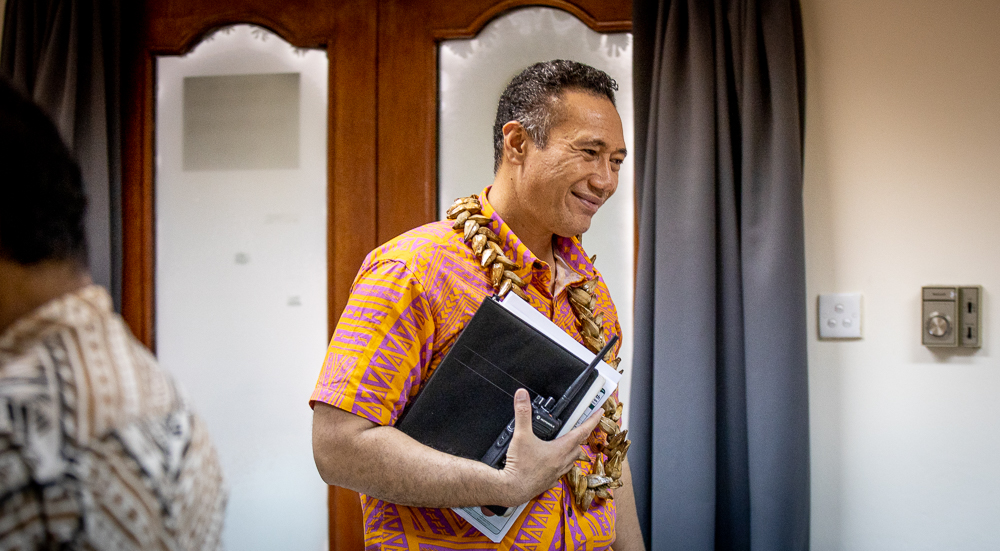 The report will be used in discussions with donor partners in the Government's bid to seek assistance.

“Cabinet has already allocated 3 per cent of the Government’s total budget for unforeseen expenditure for times like these,” Agafili said, confirming that a part of this expenditure has already been used for the most immediate repair works for damages.

“As you all have seen, the flood happened on Friday but on Saturday, it was as if there was no flood had occurred and also a few days later."

In addition, the interim Chairperson of N.E.O.C. said the Government’s objective is to return the country’s condition back to its original state before the damages occurred.

The flooding was caused by an active convergence zone over the country and followed days of heavy rain.

“Our evacuation site at N.U.S. [National University of Samoa] hosted six families but only five had returned home but only one more family probably soon they will also return home. It is the Committee’s aim that families will return to their homes safely.”

Agafili also revealed during the conference that Samoa will undergo a week of fasting and prayer starting from the 3-8th January 2021.

He called on all church leaders to assist through prayers and fasting, seeking God's continuous protection over Samoa and her people.