Fotulafai Reupena Peli of Vaitele-fou was amongst the first households to have the smart meter installed (Photo: Vaitogi A. Matafeo)

The Electric Power Corporation (E.P.C.) will soon roll out an upgrade on smart meters to address common complaints from customers including delayed the activation after they pay their top-ups.

Speaking live on 89.1 radio, E.P.C. spokesperson, Moetuasivi Asiono,  Chief Engineer, Fui Mau Simanu and Firmware Release Project Manager, Chris Fruean, notified the public that unlike the installation of smart meters that was done by contractors, the upgrading of the system will be carried out by the Corporation.

According to Fui, tests have been completed and they have identified the issues which the subject of complaints received from customers when the project was first rolled out.

“All the 3000 smart meters already installed, from Vaitele, Nu’u and Siusega, this is where the E.P.C. will be coming to install the programme called the firmware which is the solution to stopping what has been often reported that electricity is delayed in coming back on after top-up,” he said.

Mr. Fruean clarified that the physical hardware of the smart meter will not be changed; however, it will be reprogrammed using Firmware

Town areas, where the majority of businesses are located were the first to be a part of the upgrading roll-out that started two weeks ago. He added that there are about 400 smart meters already installed in Apia.

“The work does not take long, it only takes about 5-10 minutes for the meter programming to be done, and it will be carries out until all meters have been covered,” Mr. Fruean said.

No new smart meters will be installed until the Firmware Release project is complete, he added.

With Firmware, households with smart meters are expected to receive their units and power back on within a minute after top up, unlike before where customers had to wait for up to 15 minutes.

Mr. Fruean also clarified that by design a smart meter IOU limit was $2.50, however due to a lapse in some meters’ network service, some families had owed high amounts.

“We should not experience that after the upgrade,” he said.

Fui added that the lapse in the network is caused by an interference in the bandwidth issued to the E.P.C. to use. They are yet to identify the source of the interference, he said.

“With the new change, the smart meter is able to work on its own without being interrupted by the interference,” he said.

“And with the 100 meters we have conducted tests on in town area, Fugalei, there is a 100 per cent success.”

The Corporation has ceased the roll out of its $4.1 million smart meter project in August. 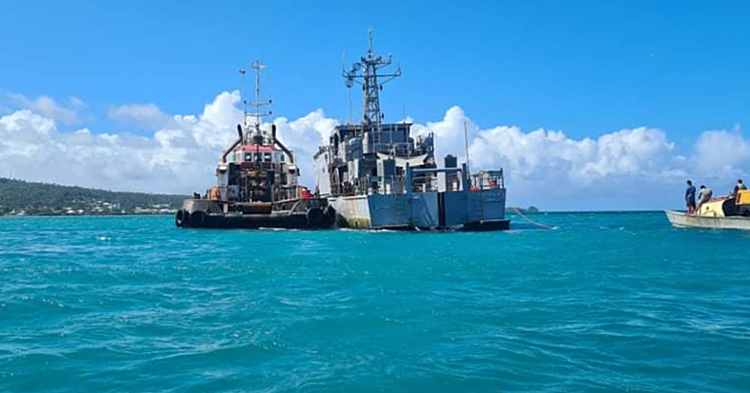