The ruling Human Rights Protection Party (H.R.P.P.) celebrated and reflected on the milestone of their  41st birthday last Friday, while the nation was reeling from the devastation inflicted by one of the worst flooding seen in recent memory.

Held at their Petesa headquarters in Mulinuu, the birthday celebration was confirmed when the Press Secretariat released a copy of Prime Minister Tuilaepa Dr. Sailele Malielegaoi's speech in Samoan on Wednesday.

In his address, Tuilaepa, who is also H.R.P.P's leader, highlighted the achievements the party has accomplished during the past five years.

Prior to listing achievements, Tuilaepa revealed that their manifesto is currently being prepared, through the whispering of the Holy Spirit.

“Apart from the various developments widely known, for example, road work developments, hospitals and school buildings and those mentioned in our manifesto, but these are some of the major changes we have been able to achieve in this term,” a translation of his speech reads.

The first milestone listed by Tuilaepa was the passing of the Constitutional Amendment Bill (No. 2) 2016 where the government inserted in the Constitution that Samoa is a Christian nation declaring the dominance of Christianity in Samoa. 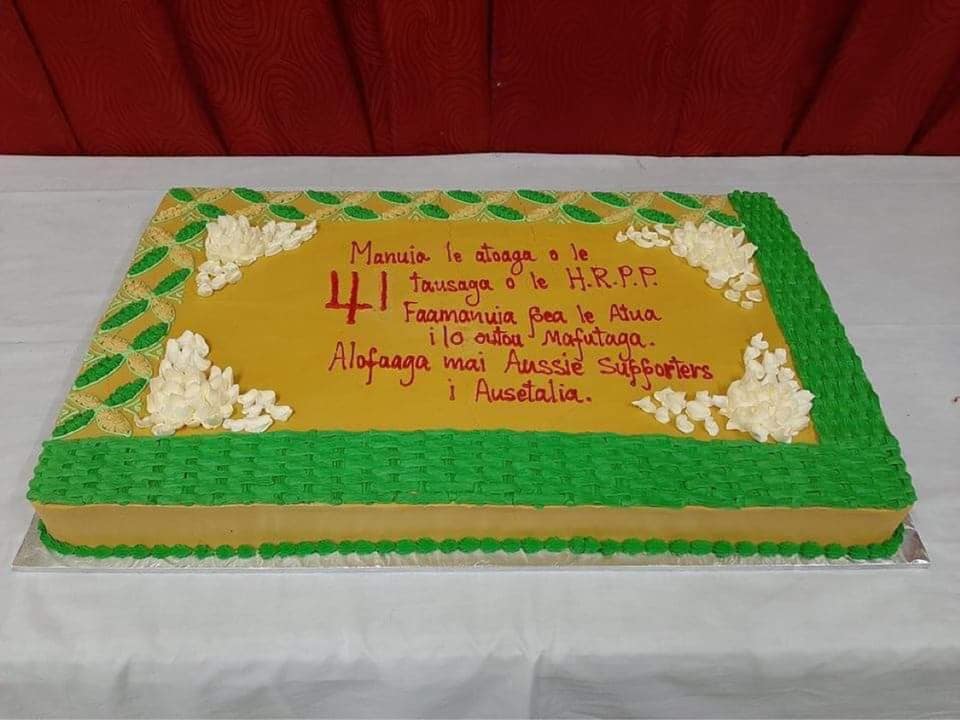 Tuilaepa listed the Government push to make the Lands and Titles Court autonomous as their second achievement.

“[…] this fully enables the court’s authority to review and rule on customary land and chief title clashes, including matters between individuals and community groups,” he said.

Thirdly, Tuilaepa noted the Constitutional amendment of Part IX to reflect “true” Samoan culture of having only chiefs sit in Parliament.

“Why? Because only chiefs sit in the chiefs’ fale (house) to discuss and make decisions in any village. There is only one group of chiefs who direct proper behavior accordingly, the peace in families and implementing developments for everyone’s benefit,” Tuilaepa said.

The party leader also made reference to Government’s recent efforts to setup a policy to equally divide population within constituency while re-defining electoral boundaries as their fourth milestone.

“The Parliament aims to permanently solve the issues that arise from trying to fairly distribute the voting population within large constituencies and smaller constituencies through the reevaluating of electoral boundaries and districts to balance out democratic selection of one vote, one candidate,” he said.

“[And] electoral constituencies to be made up of joint villages; this ensures easy and better progress when deliberations and decisions are made and so that we stop making easy things hard; it creates more things that need cleaning.”

Lastly, Tuilaepa listed the establishment of anti-party hopping law as one of the H.R.P.P.’s milestones saying it is necessary to ensure that Samoa’s Government is stable.

He said the Parliamentarians’ failure to stay loyal to the political parties they entered the Parliament through is the major reason why ruling parties have no solidity.

“[No strength in Government] is caused by Members’ freedom to be inconsistent, because they have ulterior motives for themselves, and when it doesn’t happen, they leave,” Tuilaepa said.

“This is the major reason why there are indifferences in other Governments in the world; this is why we amended the law to ensure stability and a peaceful nation.

“This is why those with money are always willing to assist and support Samoa’s developments, and creating job opportunities for Samoans because nations with stable and good plans are brothers.”

Tuilaepa noted that issues addressed by the H.R.P.P. are deep; however, it is for a “blessed and peaceful” Samoa for the future generations.

Tuilaepa said since the H.R.P.P. had entered office, Samoa has never experienced famine, due to improved inland road access, high electricity and communication network coverage, transportation made easier, many overseas employment opportunities as well as lower prices for vehicles due to the right hand drive switch.

“There are now doctors who work in the district hospitals on both Upolu and Savaii to limit the crowding  of main hospitals in Motootua and Tuasivi and Samoa is rounded by colleges and primary schools,” he added.

“The Government has also contributed to villages and families to ensure the art of weaving Samoan treasures in preserved [as well as] the many sports given the spotlight as witnessed in the impressive Pacific Games Samoa played host to...”

To conclude his speech, the party leader highlighted that “actions speak louder” as he wished the attending members a prosperous long holiday.

“These aren’t works we should be too proud of because they are what we need to do in accordance with our calling from God,” Tuilaepa said.

“We are only tools in carrying out God’s plans for its people as he pours his thoughts for the HRPP to implement as an answer to the people’s prayers which He has heard.”

The H.R.P.P., established by Va'ai Kolone and Tofilau Eti Alesana, has been the ruling party since 1982. 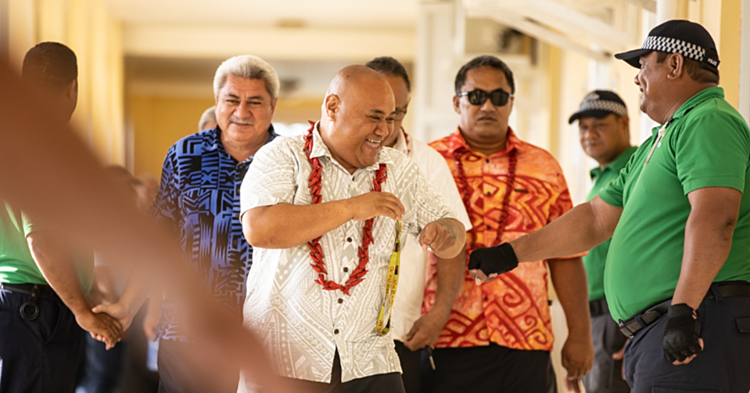