Nine members of the Ministry of Police, Prisons and Corrections were given commendation awards during the Ministry's thanksgiving service at Tanoa Hotel on Monday.

Police Commissioner, Fuiavailili Egon Keil, said during the service that the awards are normally given out at this time of the year.

He said the initiative was launched two years ago to recognise the work of individual officers who went out of their way in terms of their call of duty and deserved some form of recognition, though he emphasised on Monday that there were many in attendance who did a great job and could not be recognised with certificates or being acknowledged. 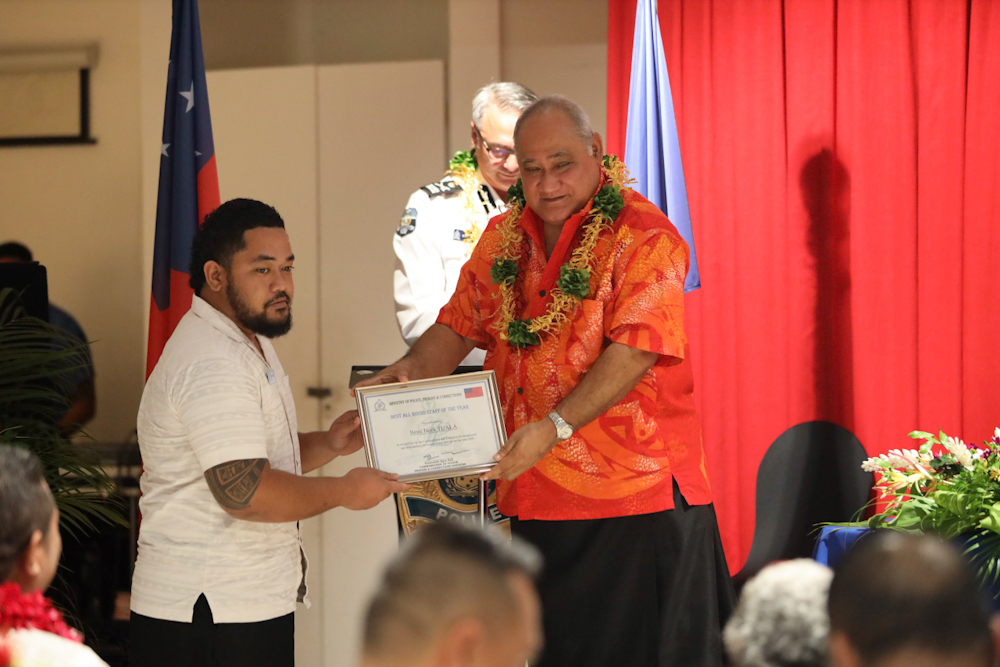 "We will not be where we're at today without all of you, each and everyone. What work you have done over the years is so amazing,” he said in his address.

Highlighting that their work as law enforcement officers is not easy, Fuiavailili added that they get on with the job because they want to as it is to protect the people and the country. 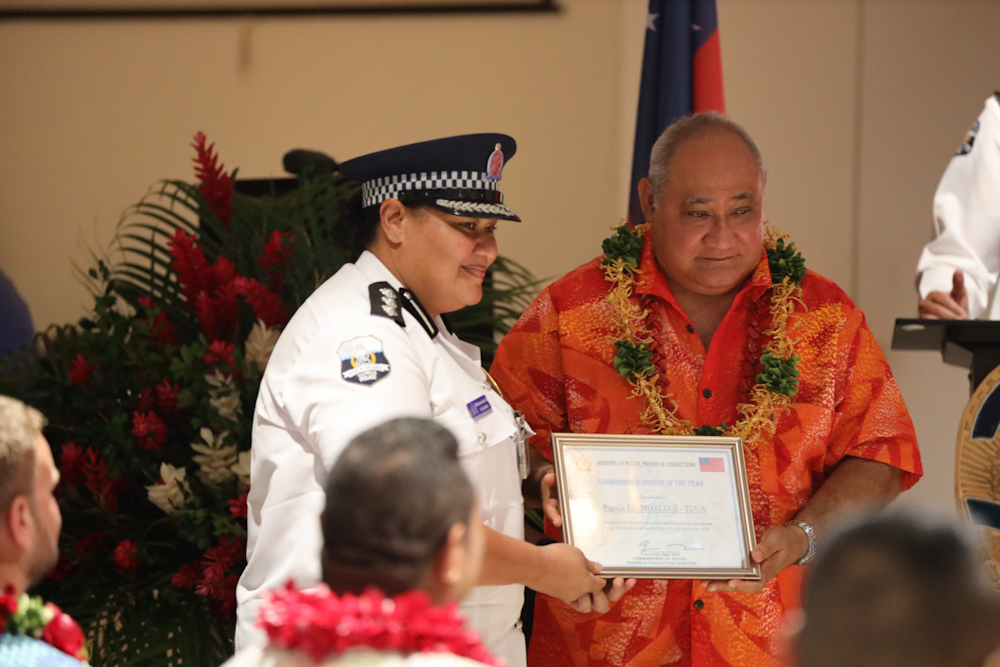 A special mention was also made at the thanksgiving service of low-risk prisoners, who voluntarily assisted to clean the Apia township and in doing so brought back the Christmas spirit.

The Commissioner said the awards that were presented on Monday could have gone to anyone, but this year’s recipients represented the cream of the Police Service, and they were selected by him and he was assisted by the executive team comprising the assistant and deputy commissioners. 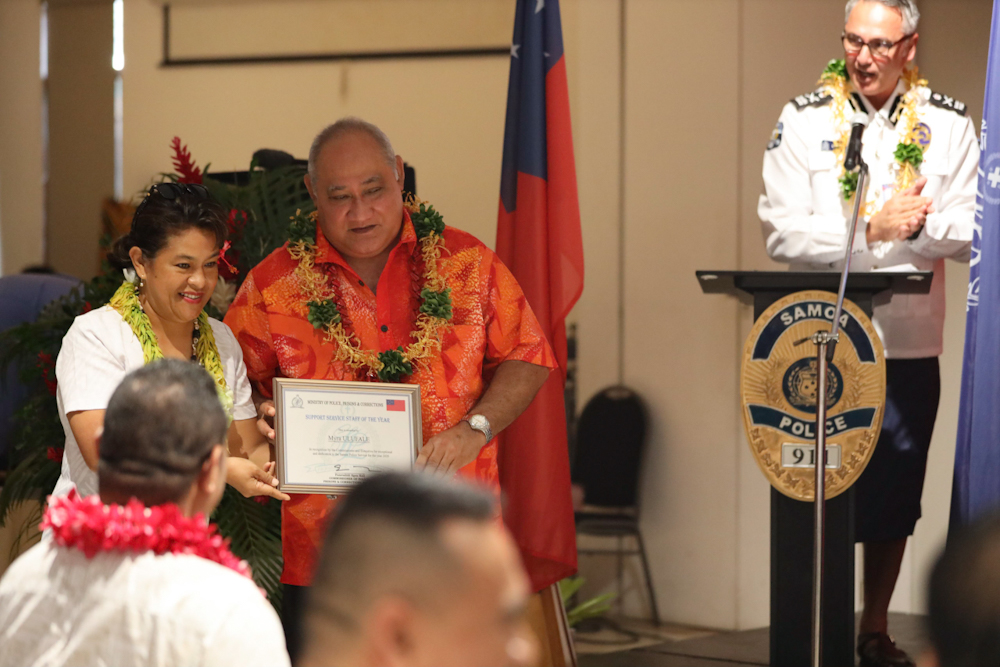 "All of you should get it but we can't give you all the certificates and awards that we have to come down to the best," he reiterated.

According to Fuiavailili, the Best All Round Staff of the Year Award was normally given to the policeman or woman who went the extra mile, while the Commissioned Officer of the Year Award recognises leaders within the organisation – who could be a future assistant commissioner, deputy commissioner or even police commissioner – who showed commitment and dedication. 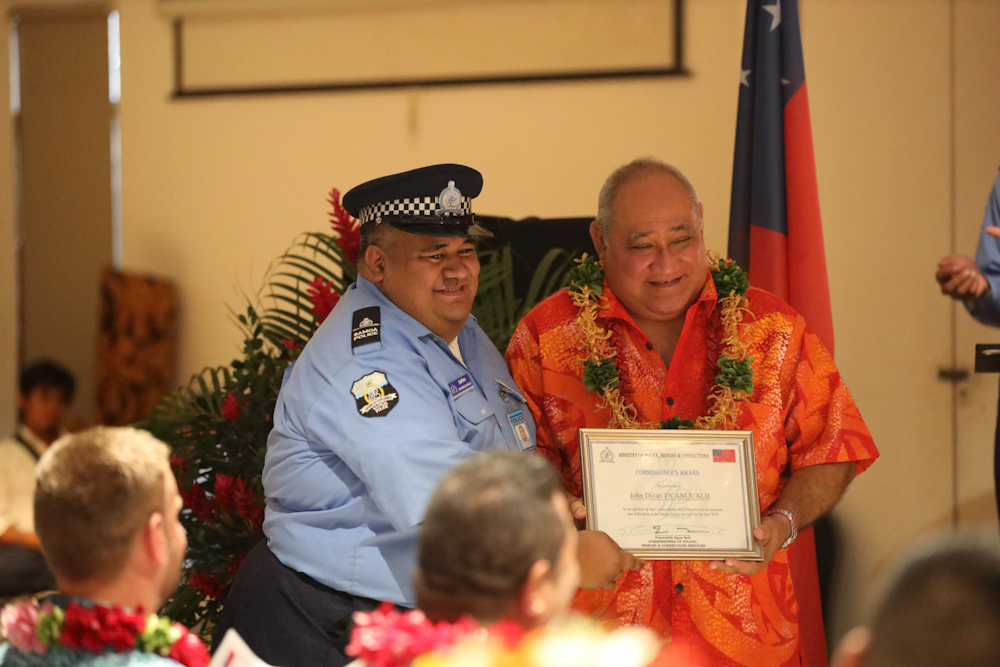 For the Overall Investigator of the Year Award, the Commissioner said the recipient does his or her job meticulously and interacts with the Attorney General’s Office, as well as consults the law and is very professional when it comes to forensic accounting.

The Bravery Award according to Fuiavailili is given to an individual with the Police Service who goes into “deadly areas” and faces danger, but still has the courage to lead a group of armed individuals. 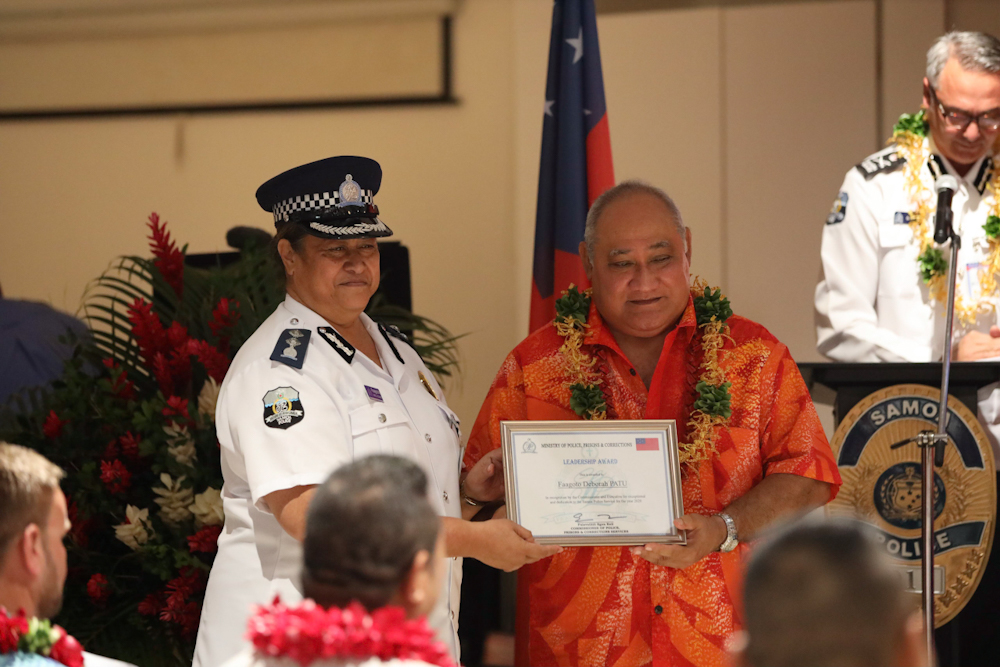 The Outstanding Commitment to the Service Award is given to someone who goes out of their way "like most of these awards" and always fights for the organisation and works on the weekends while getting a lot of demands from the executive team, the commissioner and other units.

The Unit of the Year Award is given to the unit with the Police that has shown throughout the year going the extra mile and comes up with other initiatives, research and has done a lot of development. 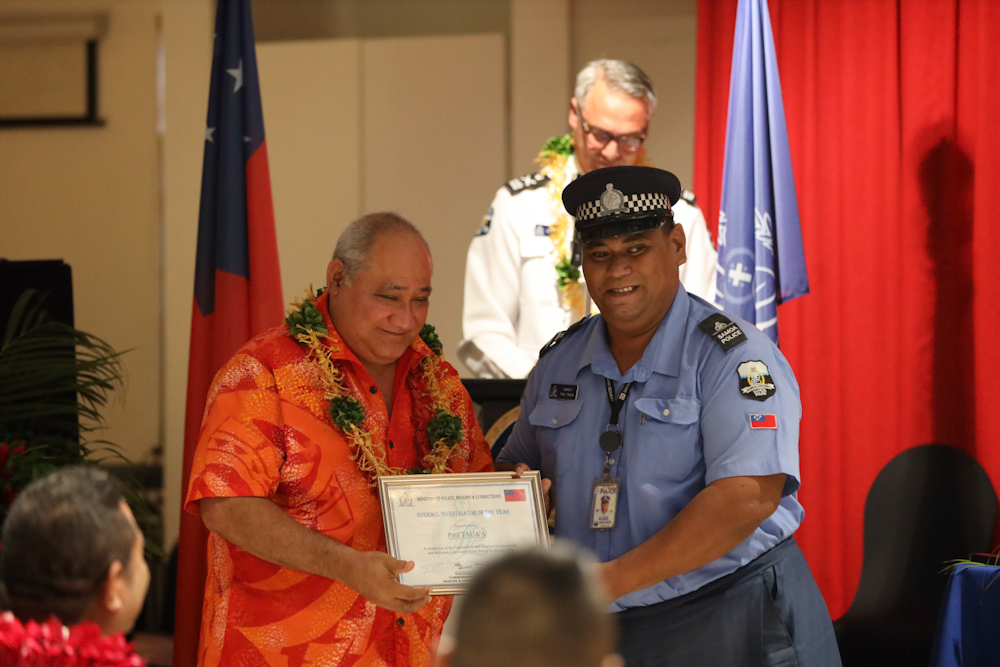 And the Commissioners Award which is a person who works with the Commissioner every day and gets a lot of demands of him or her, shows up on weekends or holidays and works night and day and coordinates the whole office.

The recipients of the awards are as follows:

The Best All Round Staff of the Year Award – Beau Jacek Tuala.

The Commissioned Officer of the Year Award – Papalii Efo Moala-Tuua.

The Unit of the Year Award – Training and Mission Unit.