The extension cords and multi-socket plugs on the Vaisigano Bridge were not properly insulated to protect them from rain. (Photo: Supplied )
HS
By Hyunsook Siutaia, 13/12/2020

A worried father has taken to social media to urge the organisers of the Festival of Lights to check all electrical wiring to make sure they are not hazardous to the public before the next show coming Friday.

Taupati Mamea posted pictures on Facebook after last Friday’s official opening of the festival, which showed extension cords and multi-socket plugs that were connected to a power outlet using sticky tape and left exposed without proper insulation covering.

He expressed concern that the failure by the authorities to fix the wiring could expose families, especially children to electrical shock and injury.

The exposed wiring was sighted at both the Government Building as well as the Vaisigano Bridge. 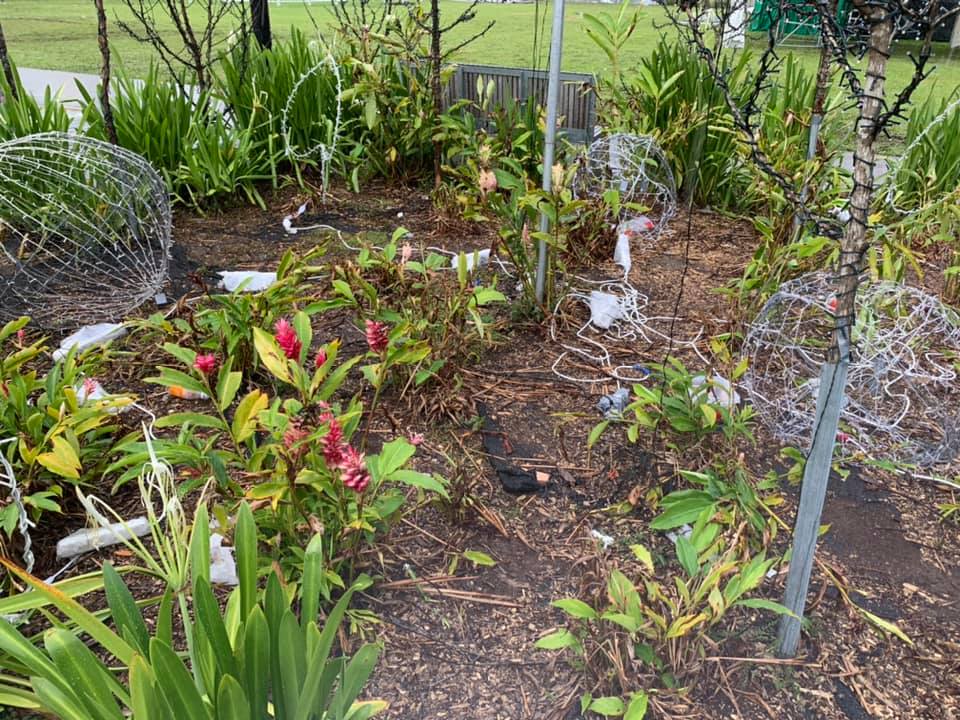 Responding to questions from the Samoa Observer, Mr Mamea confirmed his social media post and said he and his children walked from the ACC building down to the Government Building, and he became concerned when he saw extension cords and wires lying on the ground while the public moved around to see the lights.

"However, as we got to a particular site, I saw people walking inside the lit-up garden to take photos, and what was disturbing was that I saw plugs and wires lying down all around," he said.

"From then on to the entire evening before it rained, I kept pulling my kids off from the wires and extensions lying around, yet people were stepping all-over the wires walking back and forth." 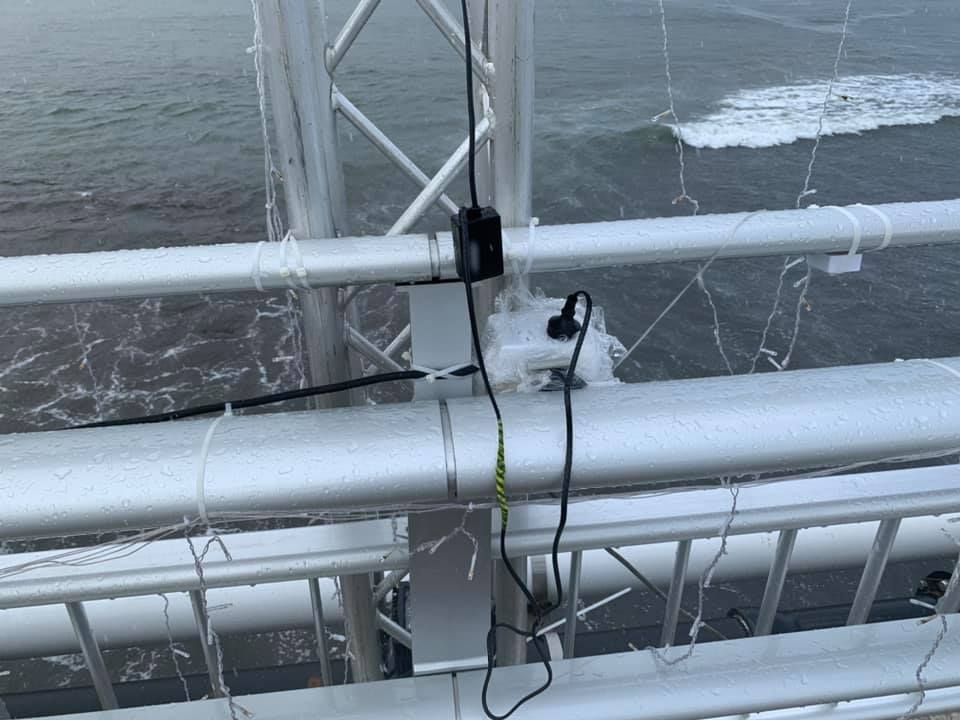 Mr Mamea said it crossed his mind that he needed to alert the master of ceremony last Friday evening, to make a public announcement to warn people not to step over the wires lying around in certain areas in front of the Government building.

But he was unable to as it had already started raining and he had to rush his children back to the car.

Later that evening, he said that they drove over the Vaisigano bridge when he thought about what he saw that night so on Saturday afternoon he drove back to check.

"Later that evening as it was pouring rain, we drove over the bridge and there were so many people still walking in the rain and I immediately thought of the metal railings (on the bridge) with wires and lights hanging on them," he added.

"On our way home, I kept telling my wife that I'm very concerned about someone getting electrocuted.

"Saturday afternoon, I drove back in town just to see if it was a real issue and it was. I took photos and realised that it was indeed a serious safety hazard for the public."

Mr Mamea urged the Government Ministries responsible to consider fencing off the area with the plugs and wires below the Government Building and provide proper insulation taping for the lights at the bridge, as the festival would continue for the next three weeks and should be enjoyed safely.

"I understand it is costly to do the work properly, like getting PVC electrical conduit pipes and other proper materials suitable for the weather,” he added.

"But for the safety of the public, family and children, perhaps, it is well worth it given that we have two to three more weeks to enjoy our light festival.

"And it will be good to advise our people not to get close to the lights and to be very cautious whilst enjoying our lit-up town streets."

The Samoa Observer has contacted the relevant Government Ministries for comment.