Malietoa Molī visited his Savai’i family at Maota i Poutoā, Sapapali’i for the first time on Saturday, since he was bestowed the Malietoa title. The village rolled out the red carpet with a traditional ava ceremony to welcome Malietoa Moli, the son of the late Malietoa Tanumafili II. 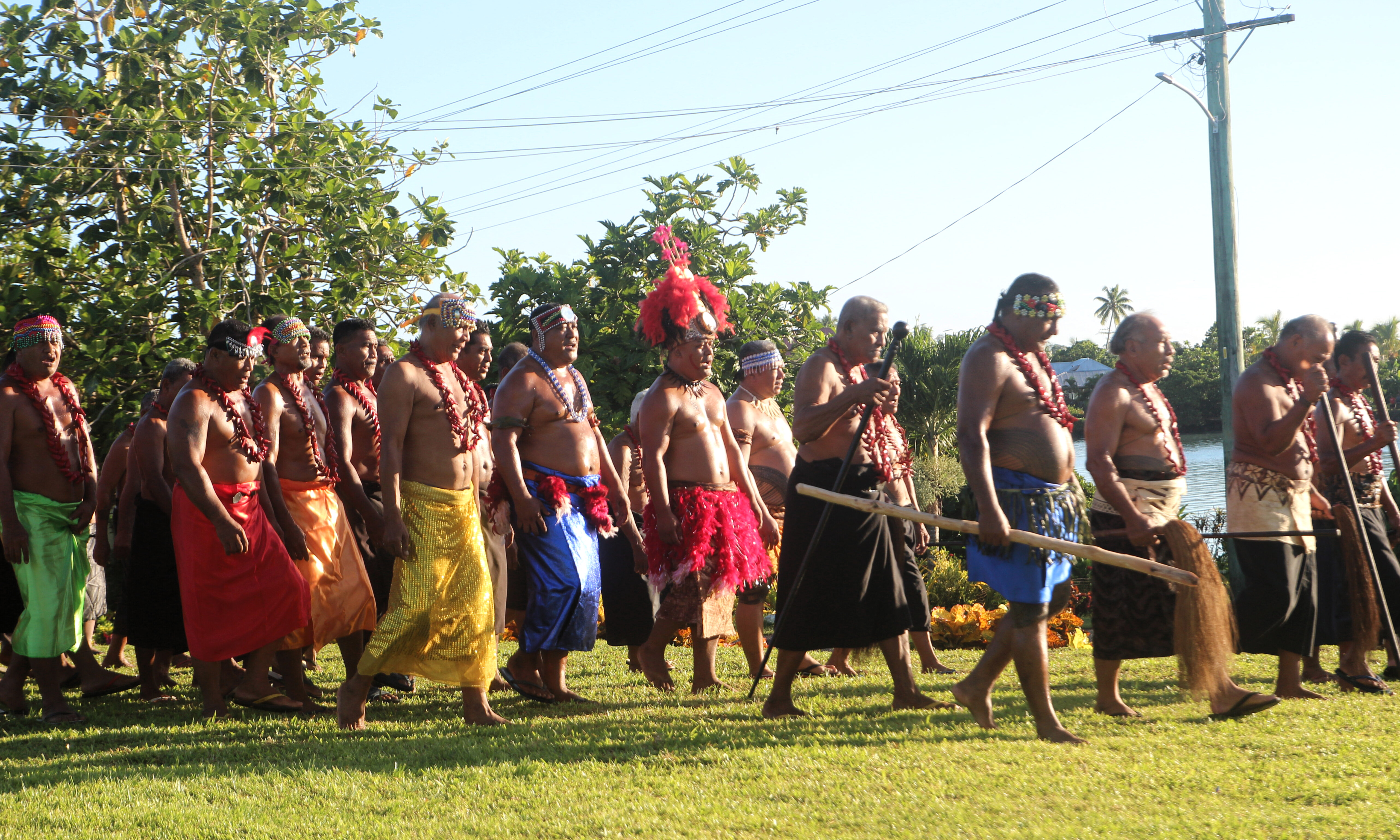 The momentous event was attended by the village of Sapapali'i, the Aiga Sa Malietoa, and chiefs from Safotulafai.

It started with a small service that was conducted by Reverend Auatama Esera of the Congregational Christian Church of Samoa (C.C.C.S.). This was followed by a colorful and a traditional ava ceremony at the Malae i Poutoā, to honor Malietoa's first visit to Sapapali'i.

Speaking about the significance of the occasion, Papali'i Li'o Ta'eu-Masipa'u, a matai Ali'i from the village of Sapapali'i, said the traditional ceremony was fitting to welcome Le Susuga ia Malietoa, as he is the holder of one of the highest-ranking chiefly titles in Samoa. 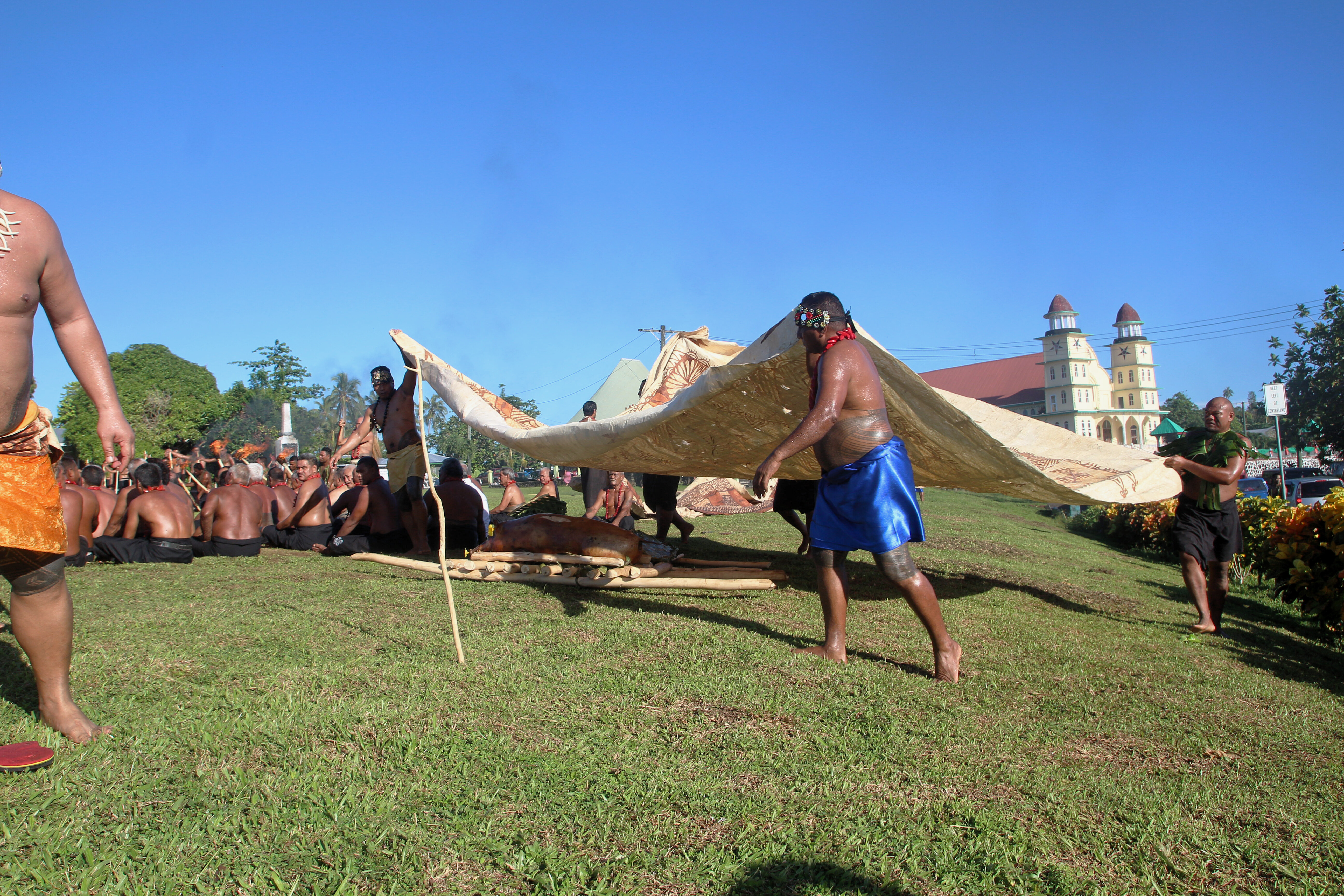 "Today's event is the official welcoming of Malietoa Moli to his village of Sapapali'i," Papali'i told the Samoa Observer.

"As you may have been aware, this is the first time since Malietoa Moli became the title holder, to visit his family here in Savai'i. So it was only fitting that we roll out the red carpet to welcome him. 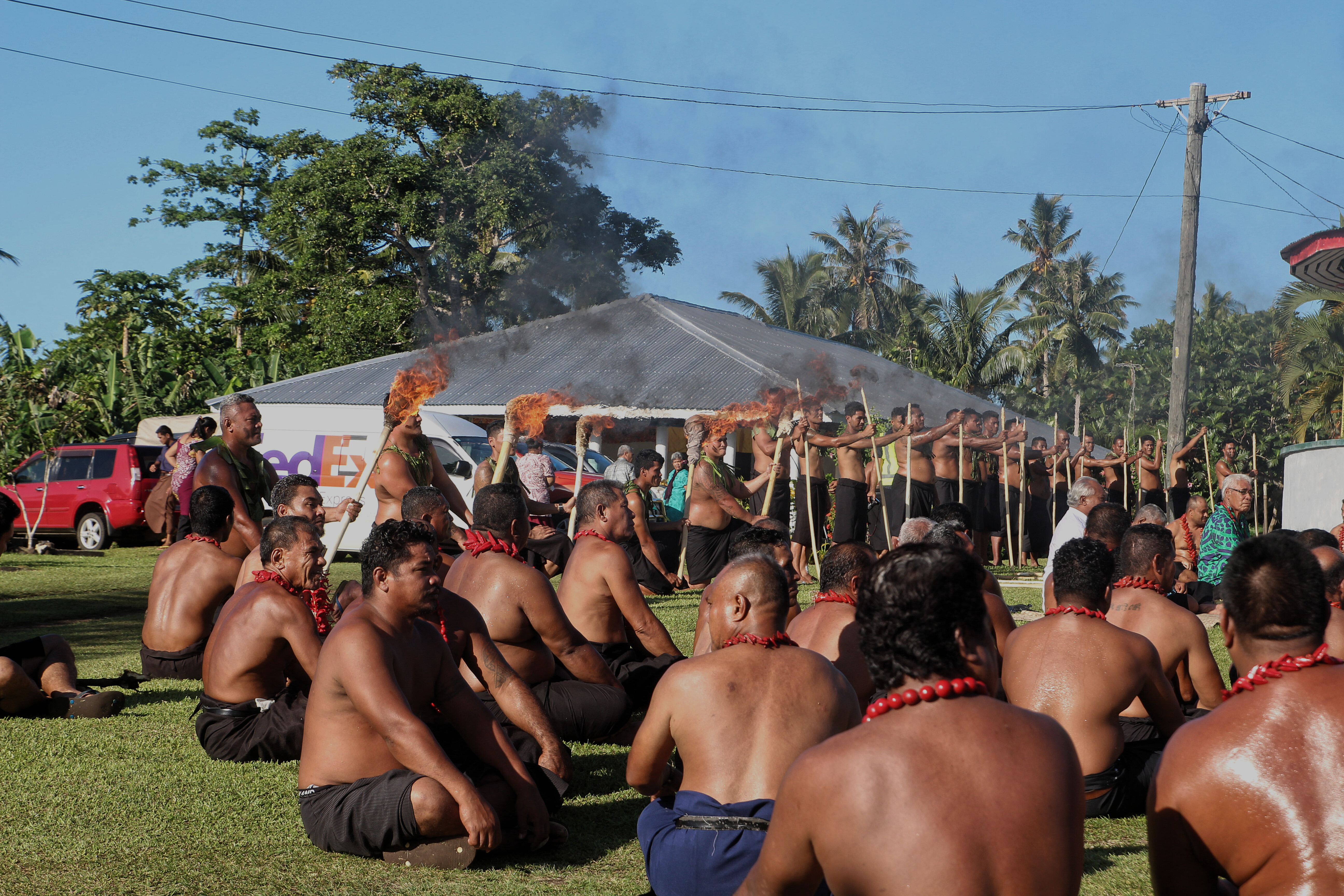 It was also an opportunity for Malietoa Moli to thank his family and the village of Sapapali'i for their support and prayers, Papali'i added.

"It also provided an opportunity for Le Susuga to say a few words of encouragement and say a malelega for his village." 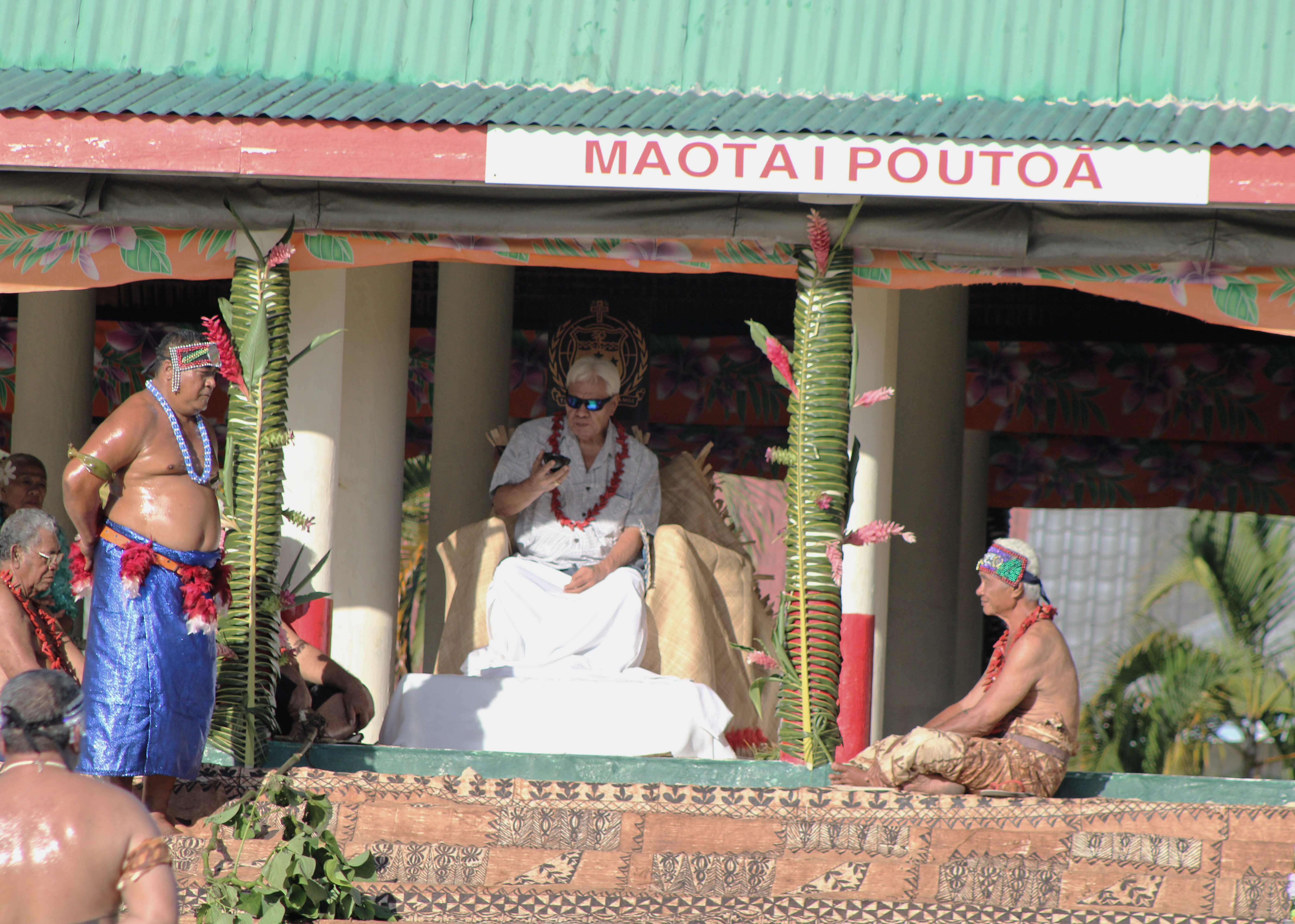 The historic event, according to Papali'i was also a reminder, especially for the younger generation about the great contribution that their ancestors have made to the history of Samoa. "I know you are aware that Malietoa Vainu'upo, whose grave is on the other side of the Maota the ava ceremony was held, accepted Christianity into Samoa.

"He was a King and the last Tuputafa'ifa, but before he died, he said that he would take his title and honors with him to the grave while we should serve God. So Malietoa contributed a lot and it was the sacrifice of our ancestors that had carried us to where we are and what we are today.

"That is why we give Malietoa our utmost respect because Samoa is now founded on God, because of Malietoa." 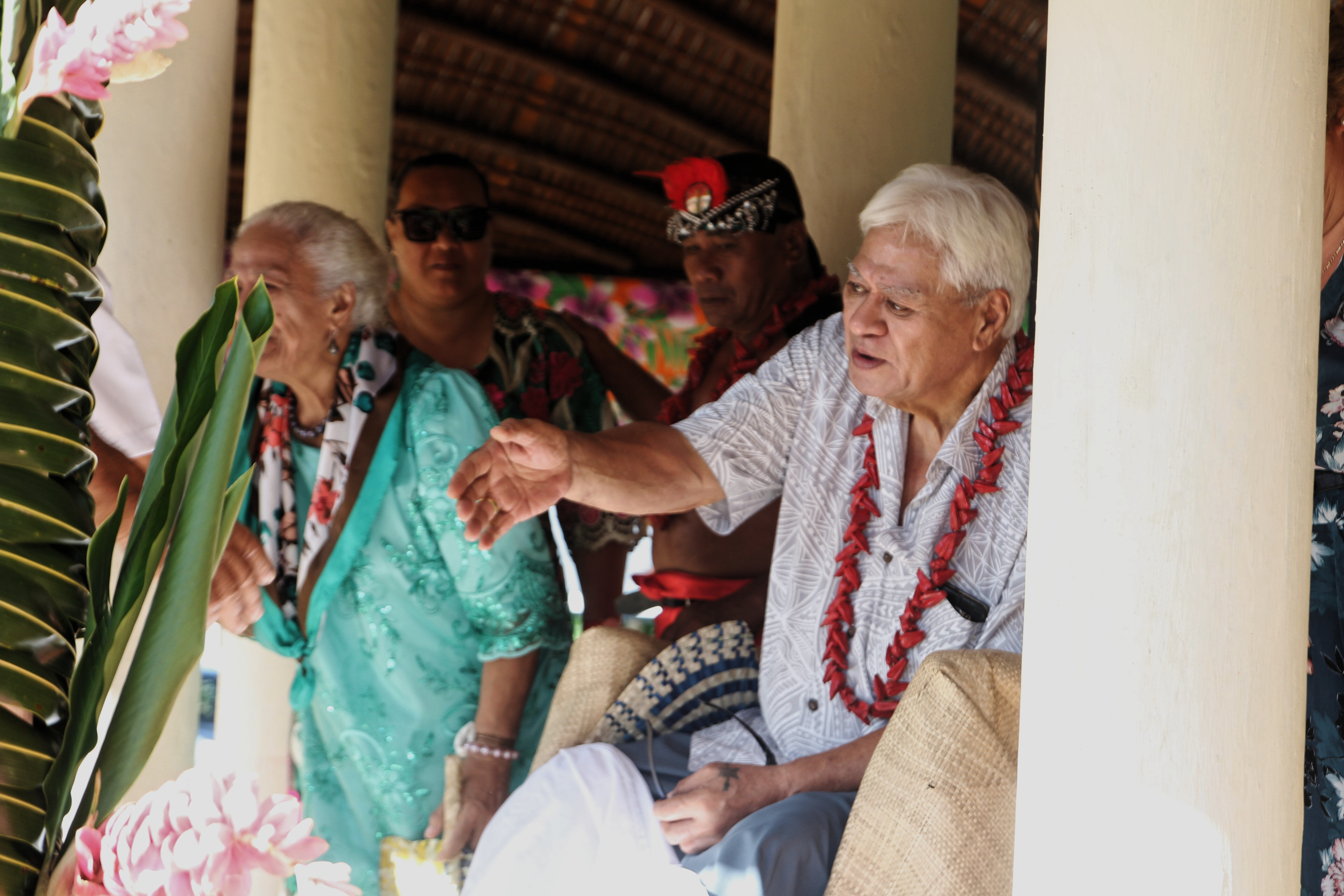 "So today's event is very important as we also had the opportunity to showcase our cultural practices specifically for this village and for the Malietoa family. This is so our children can learn from it and also to showcase our utmost respect for Malietoa.

"We also got to listen to his message (malelega) for our village." 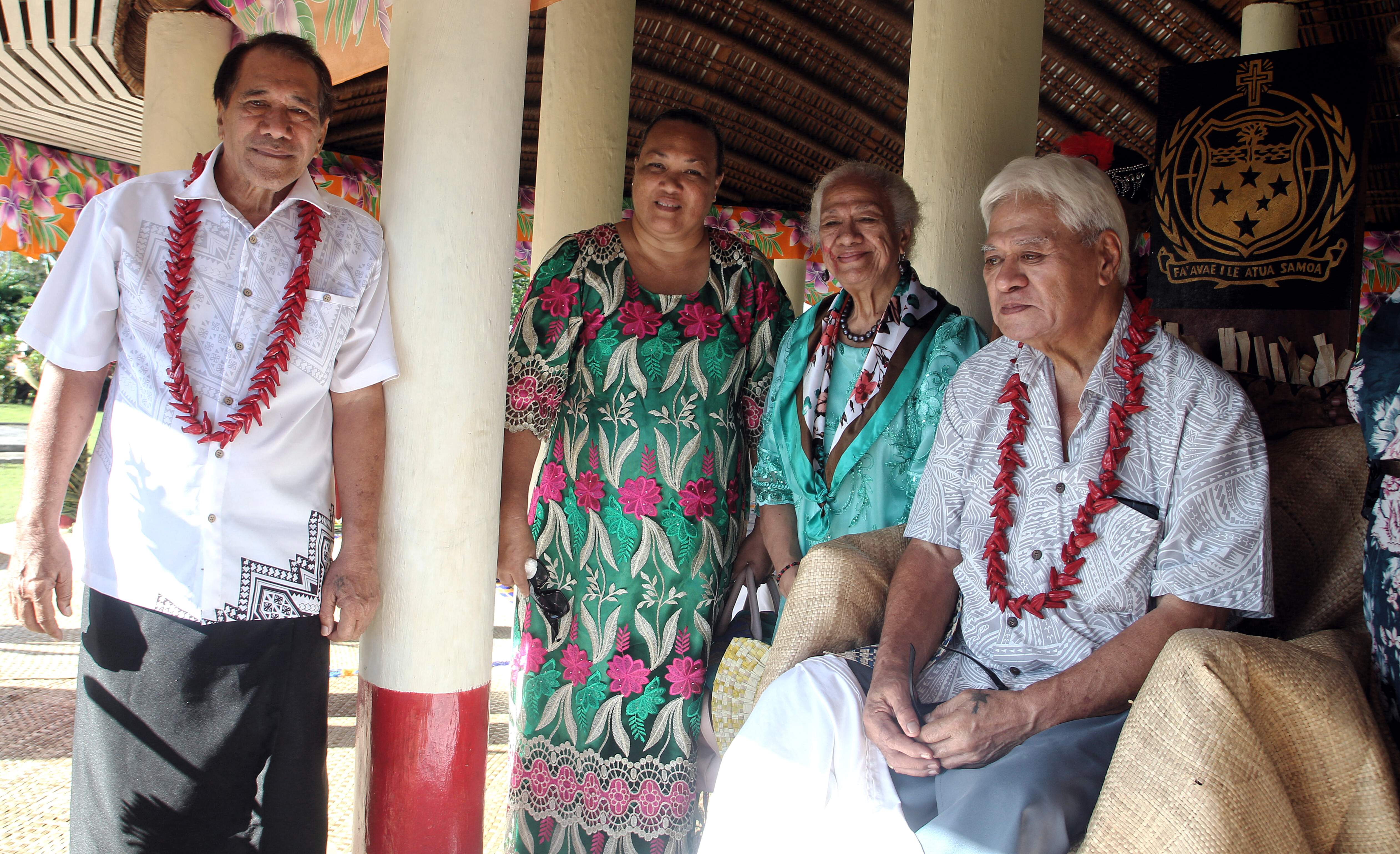 "He reminded the people of Sapapali'i to serve with humility, strive for good things, to work in unity, and most especially to love and honor God and his ministry."

Shot guns were fired during the ava ceremony to honor the presence of Malietoa and during the presentation of his cup of ava and fa'aaloaloga (traditional gifts.)

The La'auli ma le aumaga (untitled men) surrounded the entire Maota i Poutoa with spears (tao) that later on were up in flames towards the ending of the ceremony.

A taboo (sa) was declared at the beginning of the traditional ava ceremony to forbid anyone from entering the Malae and the Maota or to cross the roads. Men were seen walking around with axes to honor the taboo. 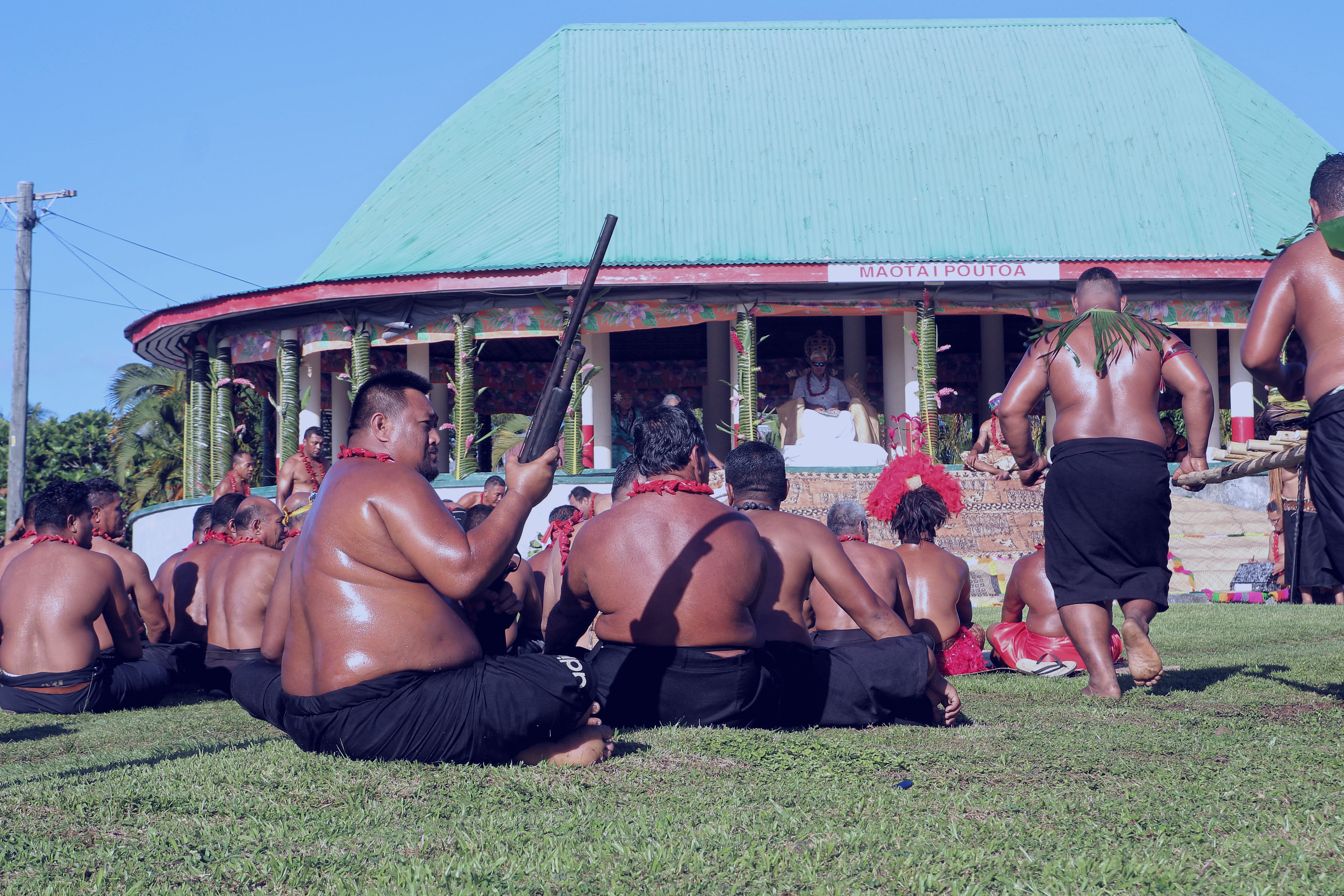 Policemen were also on the road forbidding cars to get passed to the other side during the whole ceremony.

Malietoa Moli is the 39th person to receive the Malietoa title in the history of the Sā Malietoa.

The bestowal ceremony in 2018 followed years of Court battles between different parts of the family and heirs of the Malietoa title.