Guests at the Sinalei took advantage of the Rock the Coast festival to hold end of year parties (Photo: Supplied)

While Samoa prepares for Christmas celebrations, a music festival, “Rock the Coast”, is in full swing along the coast of Upolu.

Participating properties are featuring live music as well as food, beverage and accommodation specials as part of the event, which is being led by the Samoa Tourism Authority.

The event is designed to help participating coastline hotels attract local visitor traffic over the weekends by sponsoring top notch musical acts to perform for an evening event at their property.

Last weekend, Sinalei Resort hosted the third weekend of “Rock the Coast” featuring live music from the renown band Poly Flavour in a beach party under a setting sun. 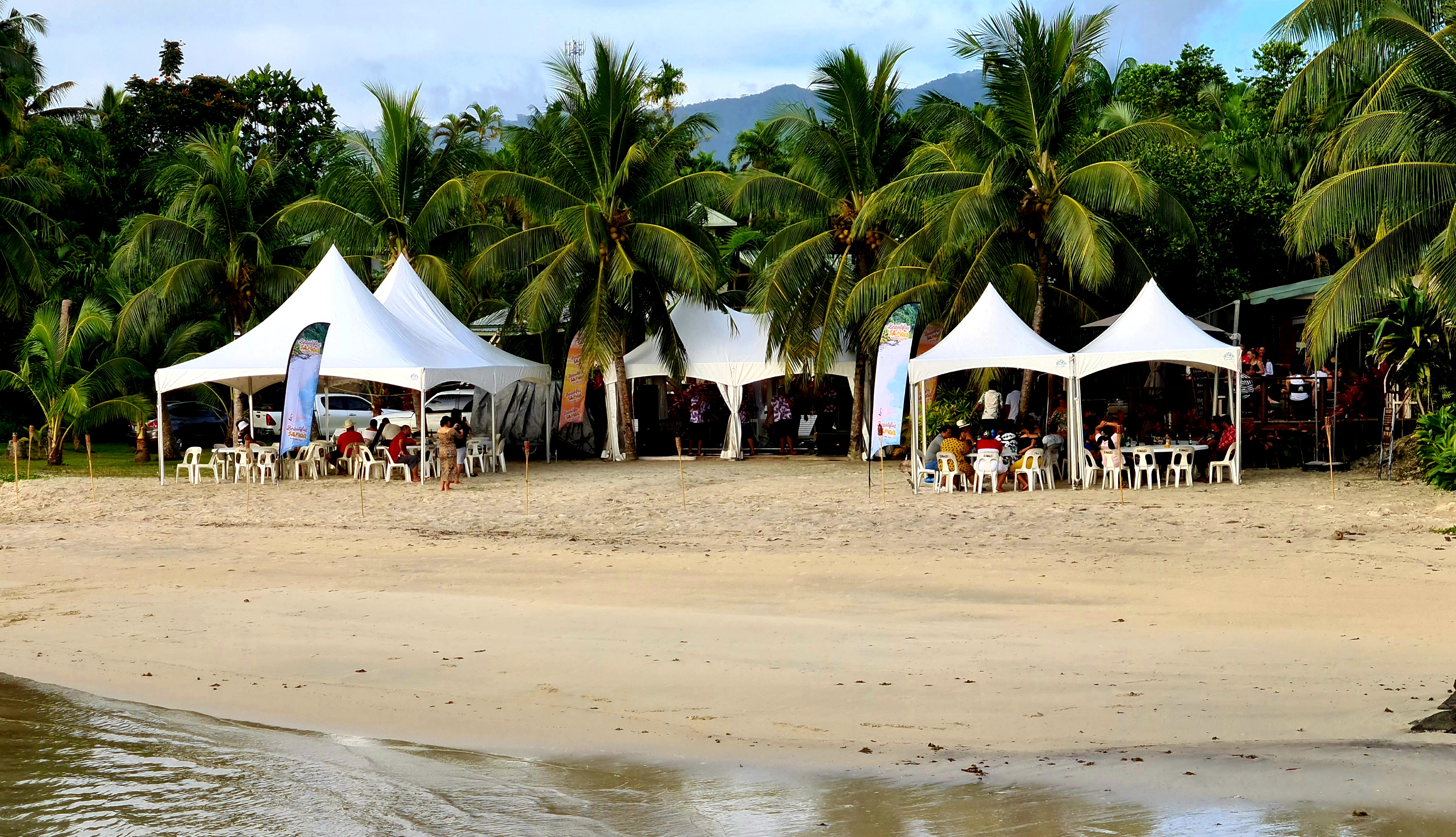 Sinalei Resort Marketing Manager, Nelson Annandale, said was pleased with the turnout and reported that the resort was fully booked out for the weekend.

“This has been a really great initiative by the Samoa Tourism Authority (S.T.A.), our guests really enjoyed themselves and I thought it was a good turnout,” he said in a media statement.

The ongoing musical festival officially opened on 20 of November at Le Vasa Resort.

The owner of Le Vasa Resort, Soraya May said the Friday evening was well attended by many happy locals who welcomed a night out to enjoy high-quality entertainment by the popular music group, Rubber Band.

She added that they have been doing siva (dance) socials for a while now.

“And they’ve been popular so when we were notified by Samoa Tourism about ‘Rock the Coast’, we got on to it straight away because the biggest cost about these events is always the band,” said Mrs. May.

She also stated that they’re also very fortunate they have a band that they wanted from the list they provided because Mautoatasi Asuao, from the Rubber Band sings lots of love songs and our crowd absolutely loves their music.

She said she hopes the S.T.A. continues to support similar events around Samoa while borders remain closed given that the spending habits of the domestic market are shifting and would give people opportunities to support their local district businesses.

“This was really an advantage for locals in our area because they didn’t have to struggle to think about how to get home and they didn't have to spend money on buses or taxis to and from Apia town,” she said.

“We’ve noticed people are saving for events and it makes more sense because understandably money is limited and people are planning things more.

“Events build excitement for people because they can plan for something ahead of time.”

The S.T.A. provided additional support with promotional campaigns and broadcasting live feeds through their social media platforms which Mrs. May says it is proving to be a very valuable marketing tool.

“It's continuously putting Samoa in front of their face, that’s why I’m happy that S.T.A. will come with their live feed,” she said.

“You work the five senses as much as possible and people out there are watching and dreaming about when they can come over and go see all the exciting places they’ve discovered on the live feeds.”

This Saturday, “Rock the Coast” will continue the party in Apia town at the Tanoa Tusitala Hotel featuring music from the On Fire Band.

The next stage of the festival will take place at the Taufua Beach Fales the following Saturday where Rubber Band will take the stage.

From the south-east to the north-west, “Rock the Coast” will finish with a sixth-week concert series with a final performance by Poly Flavour at the Sheraton Samoa Beach Resort in Mulifanua on Wednesday, 23 December.