The Manamea Art Studio is opening its annual art exhibition this week, and this year they have been exploring the world of faces.

In their exhibition, aptly named Foliga, the artists showcase 40 brand new portraits that they have been developing in the last month.

The owners also curated the exhibition. 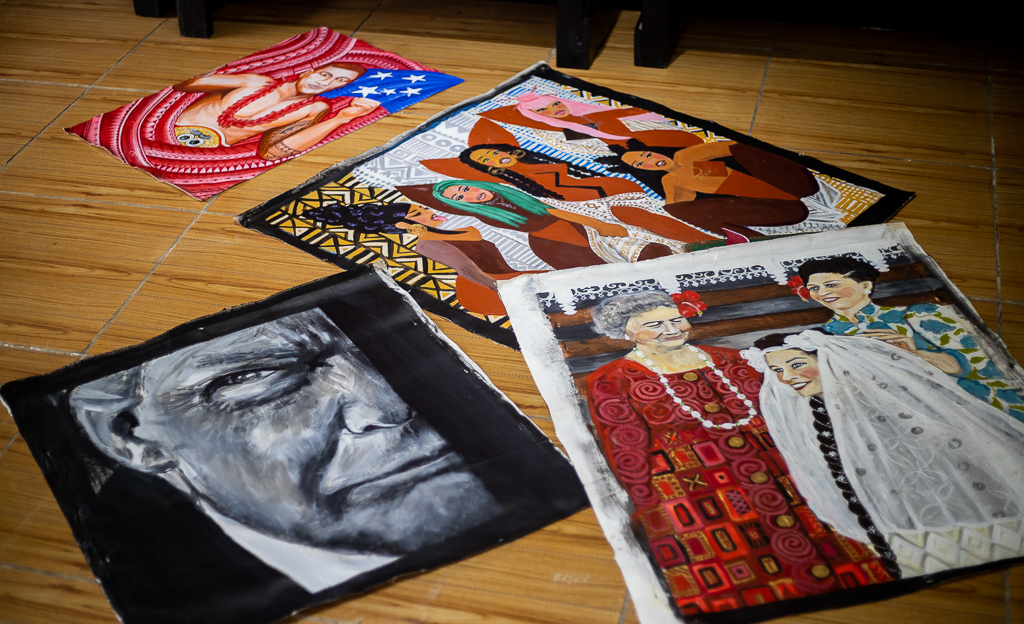 The artists painted portraits in six categories: a self-portrait, a face of someone they love, a celebrity, an interesting Samoan, a pet, and a face of the pandemic.

Studio co-founder, curator and artist, Nikki Mariner, said the categories were chosen for their various levels of technical challenge: a portrait is a must-have in any artist’s portfolio, and animals are tricky to draw.

“I want to help build the body of portraiture of Samoans. I notice a lot of students will paint American celebrities or Hollywood movie stars, and I would love to see more Samoan people honoured and immortalised in portrait,” Ms. Mariner said.

Among the celebrities are Cardi B, Vincent Van Gogh, Bryan Adams and Seiuli Dwayne ‘The Rock’ Johnson.

“People read faces easily. Portraits are more accessible than other types of art.

“Paintings of faces are more interesting than photos because they tell life stories from a human perspective, not a machine.” 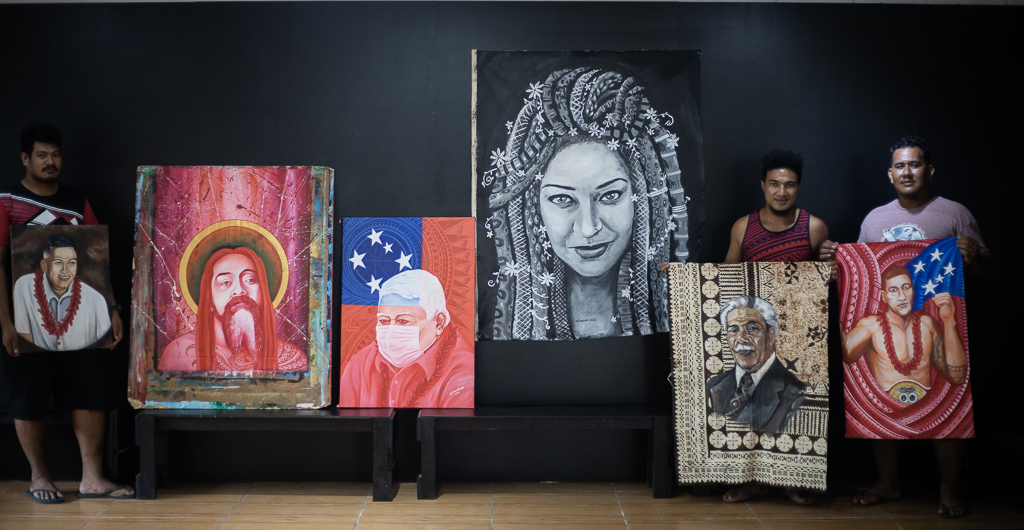 Painting loved ones’ faces was an especially lovely category, Ms. Mariner said. One of her artists chose to paint his grandmother, and his love for her is immediately clear in his painting.

“Of all the portraits he did, the portrait of his grandmother is so stunning, it’s so layered and detailed, he put so much time into it, and it’s because he felt so much love while he was doing it,” she said.

Ms. Mariner said she hopes the exhibition will open up a new revenue stream for the studio. She has personally been commissioned often to paint portraits for birthdays, funerals and other family occasions, and wants to see the studio get more requests like these.

Manamea Studios has had a busy year despite the lockdown. They are behind the revamp of the Samoa Tourism Authority office exterior, and were commissioned to create a five-metre Samoan version of The Last Supper by Leonardo da Vinci for the Cabinet Meeting Room.

“This exhibition is our chance to say what we want to say as artists,” Lalovai Peseta said. 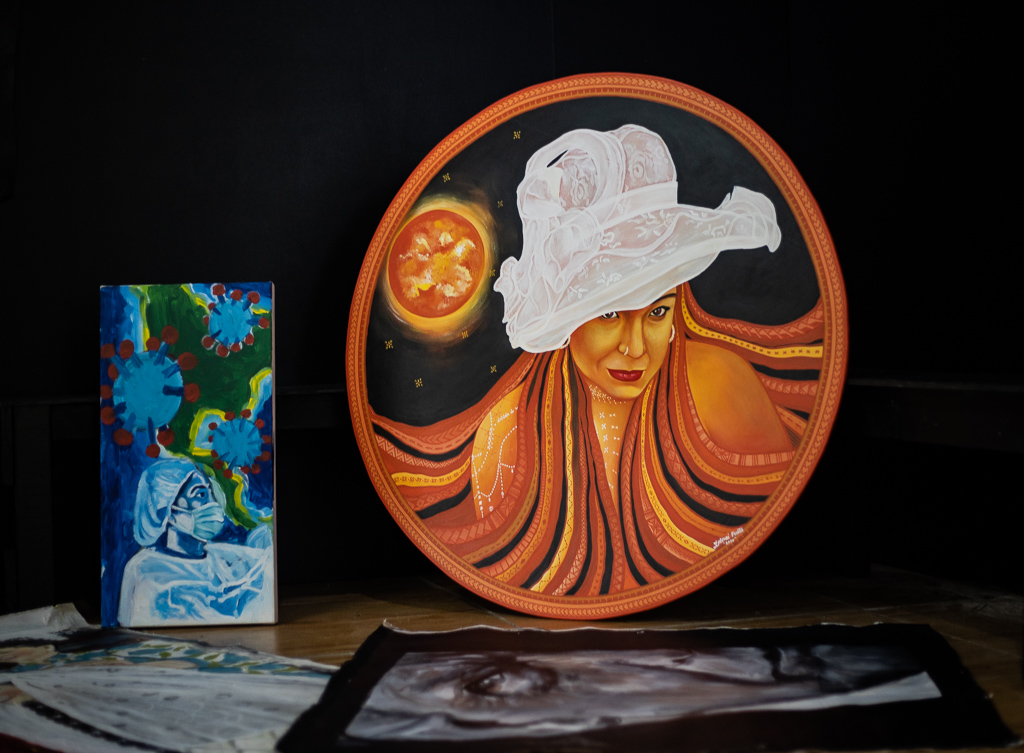 Ms. Mariner said 2020 has meant taking on more work, and charging less for it to make ends meet. The studio has been less picky about the kind of commissions it takes on too, accepting jobs like banners, fabric painting, designs for texts and more.

It has kept them all so busy that the annual Manamea exhibition almost did not happen this year.

“Time was just running away […] but we have been in earnest painting for this exhibition for about a month,” Ms. Mariner said.

One crowning achievement this year has been keeping all six artists paid and employed, as artists. The exhibition is a way of honouring their work and letting them freely express themselves rather than work to a commission.

“There have certainly been times we have thought about just closing down, but the only cost we could cut would be salaries and that would be heart-breaking, to lose the guys we have had with us for years.

“We want to show them as individuals, not workers but talented artists.”

The exhibition opens on Thursday at 7pm with a small opening event, and will stay up in the studio until Tuesday 12 January.

Except for the Christmas period, the studio will be open from 10:30 until 5pm for viewing. 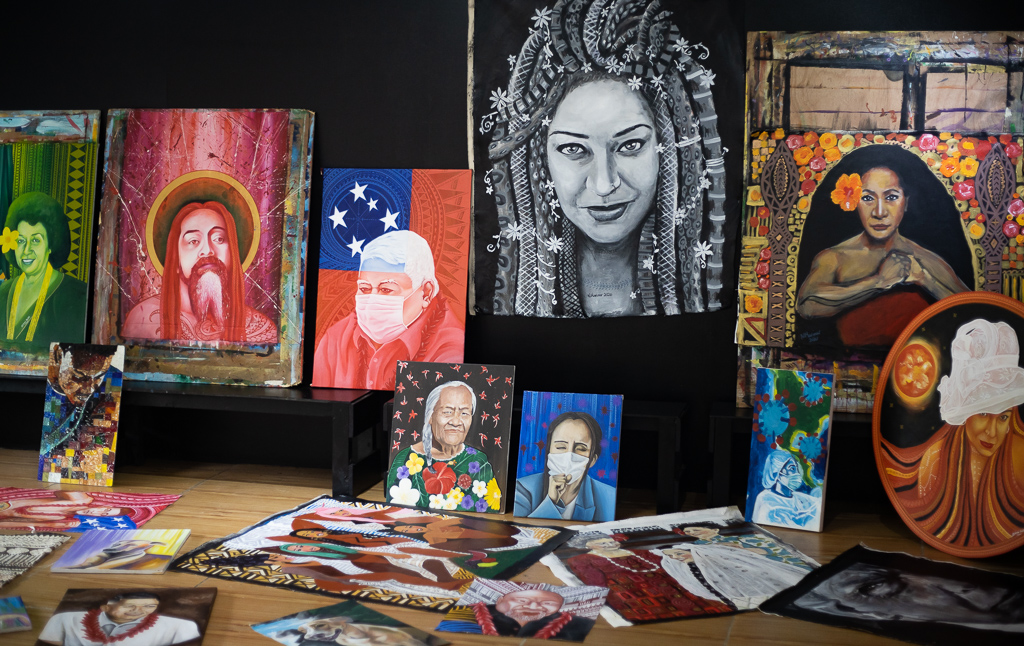