Two crew members of cargo ship MV Island Chief which was next headed for Samoa have tested positive to COVID-19 in Suva before the vessel set sail.

Suva-based online news portal Fiji Village reported Sunday that the vessel, which called into Fiji last Wednesday 2 December, was scheduled to leave Suva for Apia but Samoa’s strict entry requirements led to all crew undergoing tests for COVID-19 prior to their departure.

As a result of the tests, two crew members of MV Island Chief tested positive for COVID-19.

Dr Fong says the first tested positive twice on December 4 and December 6 and the positive results are both what may be called "weak positive”, indicating that a very small amount of viral material was present in the samples.

He said the ship arrived at Fiji’s Lautoka port on 2 December to deliver cargo and then moved on to Suva, though none of its crew members disembarked in Lautoka and Suva.

MV Island Chief’s last port of call before Lautoka was the Tongan capital Nuku'alofa, which it departed on 30 November 2020.

Dr Fong says the information they have at the moment is that none of the crew left the vessel in Tonga and the cargo ship arrived in Tonga from New Zealand, where it had been stationed from 16-25 November.

According to Fiji Village, Fiji’s Health Secretary also revealed that during the time in New Zealand, the vessel underwent a crew change where individuals are typically flown in from other countries to replace the existing crew.

He says their current information is that all crew underwent the full 14-day quarantine and they tested negative for the virus in New Zealand before the vessel departed. 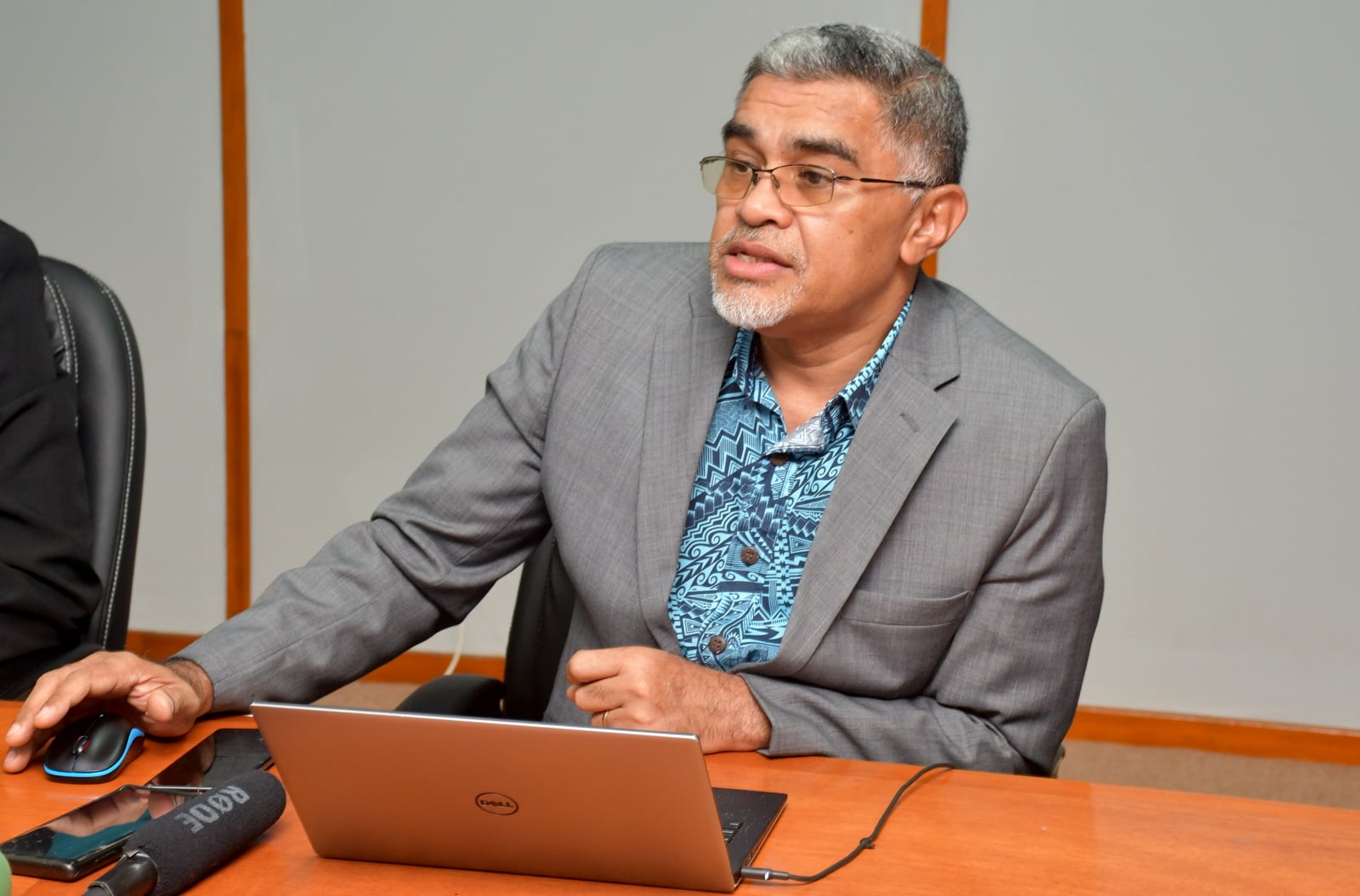 Fiji’s Ministry of Health is contacting New Zealand authorities to verify this information, particularly the negative test results prior to their departure for Nukualofa.

As is standard procedure, Dr Fong said that the vessel was guided into Suva and Lautoka port by the Fijian officers equipped with the proper P.P.E.

He said while in Fijian waters, the vessel was boarded by one shipping agent, two biosecurity officers, one customs officer and three ports terminal officers.

As part of a document exchange, one of these individuals  – a customs officer – made contact with the ship crew, though Dr Fong reportedly said the customs officer was equipped with P.P.E. and maintained a safe physical distance.

As for the ship’s other crew members, the Health Secretary reportedly said they will stay on board and be in quarantine waters overseen by security personnel.

He further said all Fijian officials who boarded the MV Island Chief have been identified and entered into quarantine facilities. Fiji authorities have identified 21 close contacts of the officials who interacted with the vessel and are now in quarantine.

It is not known if the discovery of the coronavirus amongst the cargo ship’s crew members by the Fijian authorities last week will lead to the cancellation of its scheduled visit to Apia.

The interim Chair of the National Emergency Operations Centre (N.E.O.C.), Agafili Shem Leo, has been contacted by the Samoa Observer for comment.

Dr Fong, in a press conference in Suva on Sunday afternoon, told the media that the two crew members did not show any symptoms of the virus and appear to be at the end of their illness in what could be classified "historical" cases.

"The positive results are both what may be called a “weak positive” – indicating that a very small amount of viral material was present in the sample. The international evidence around COVID-19 molecular testing indicates these are not likely to be a live virus," he said, according to excerpts taken from the press conference posted to the Fiji government's Facebook page.

"Based on these test results, and the fact that both crew members have no symptoms, the indication is that they are at the end of their illness and these are what we call ‘historical’ cases. If true, then they were not infectious while at #Fiji’s border. We are exploring options for further testing to confirm this."