While the senior students preparing national exams that will go right up until the last week before  Christmas, some schools have opted to split their prize givings between juniors and seniors.

St. Mary’s College and Fa'atuatua Christian College are among these schools. 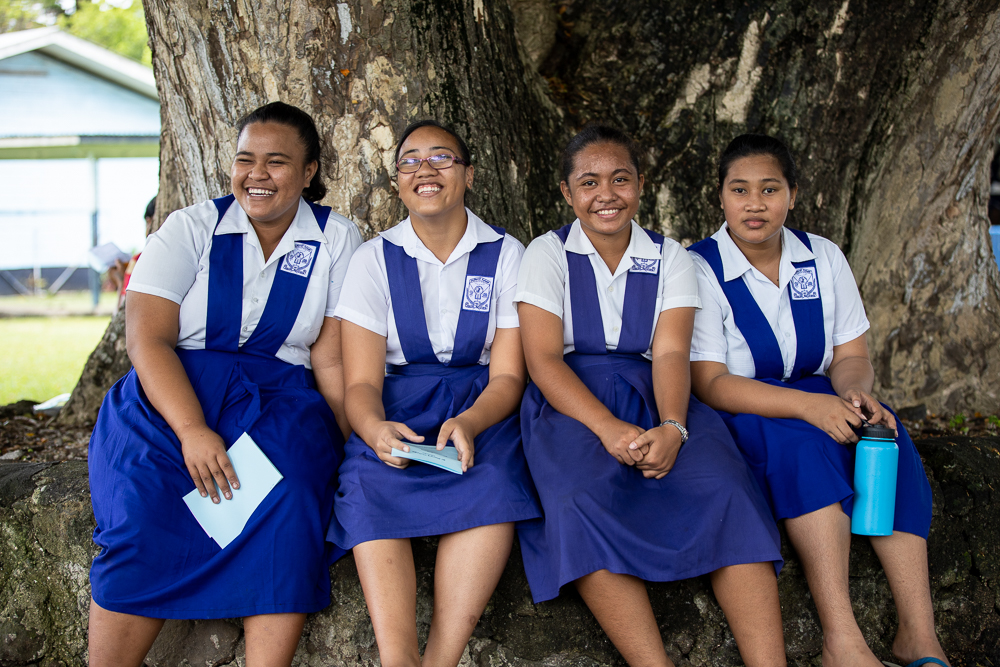 Ms. Fitu also relayed that only classes 9, 10, and 11 had their prize giving. She stated that this is mostly part of COVID-19 preventative measures to ensure the safety of the students.

“We advised that only one parent can attend for the students,” she told this newspaper.

Furthermore, the all-girls college Principal said that they did not want the senior students to be excited and might forget about their exam preparations. She classes 12 and 13 will have their special day on the 17th of December which is right after exams. 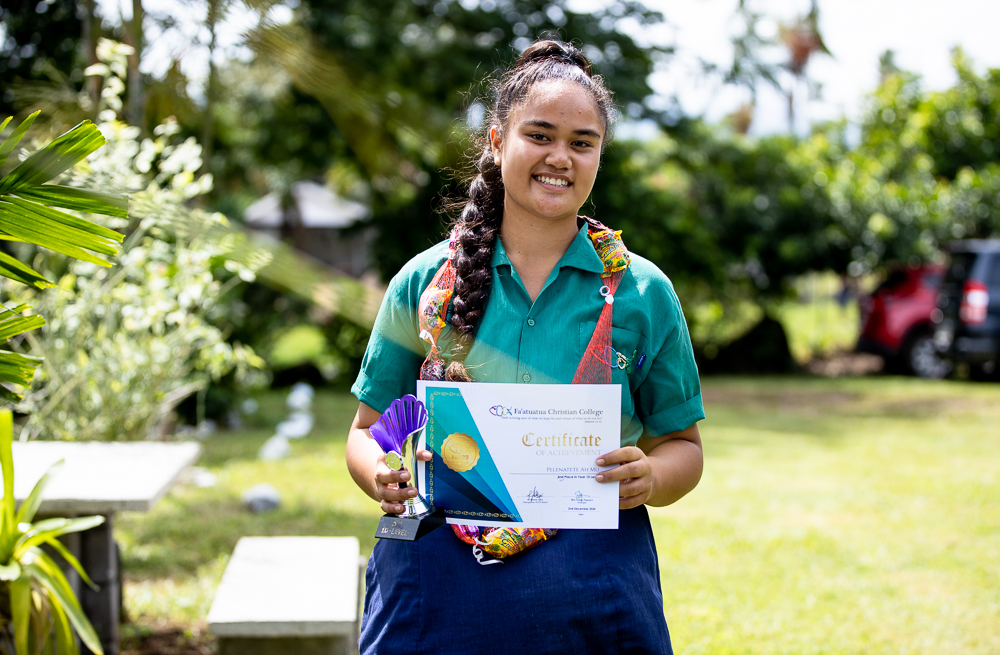 During the prize giving ceremony, some of the special awards include Samoa Observer’s Year 10 English Short Story which was won by Luzaria Tiresa Vaai while Christina Luisa Aiva came second in the Year 9 Samoan Short Story Writing Competition.

The sports woman of the year was awarded to Losi Leo. However, the overall first place for the Year 9 level was presented to Egnezeema Leia Chan Tung.

In addition, the overall first place in the Year 10 level was awarded to Hemara Muliaga while the Tinei Rosina Kirisimasi was named first place for Year 11 Gatoaitele.

On the same day, Fa'atuatua Christian College hosted a prize giving at their school grounds specifically for the junior classes of Year 9 and 10.

The overall first place winner in Year 9 level, Liviah Moors-Papalii told the Samoa Observer that the prize giving is a chance to honour the achievements and hard work by all of the students.

The 14-year-old from the villages of Tulaele and Vaiusu is the daughter of Ladesha and Ropati Papalii.

Aside from winning overall, she also came first in subjects such as Mathematics, English, Science and Computer Studies.

“It feels good that all the hard work paid off,” said Liviah.

“This is a Christian school and I believe anything is possible with God so I prayed and studied hard.

“I want to be a lawyer because their profession amazes me.

“My achievement is dedicated to my family, I am grateful to my parents and teachers for all the help they have given me.”

She also said that they are fortunate to have a prize giving because it is important to highlight the students’ achievements and boost the morale around these difficult times.