It is the Samoan branch of popular sports-brand, Samurai Sports, headed by rugby coach, Afa Hanipale, a Samoan who has been living in Japan for over two decades coaching rugby and running a Samurai Sports branch.

Tamashii, which means soul or spirit in Japanese, is also the name of Mr. Hanipale’s new company, Tamashii Investments, which he hopes will eventually be behind further enterprises here in Samoa.

The sportswear shop is fully stocked with gear for basically any activity, with specialised stock for Samoa’s avid golfers.

He also has merchandise versions of the brand new Lakapi Championship jerseys, which he sponsored fully for the teams, and the sale of which is a fundraiser for Lakapi Samoa (formerly Samoa Rugby Union).

“Me, and the way I work, I want to put a smile on people’s faces. That is what matters to me,” Mr. Hanipale said.

“You help people, and then they are happy. I helped support the Union because it’s a tough time we’re going through, and the players were happy, so that is the main thing.” 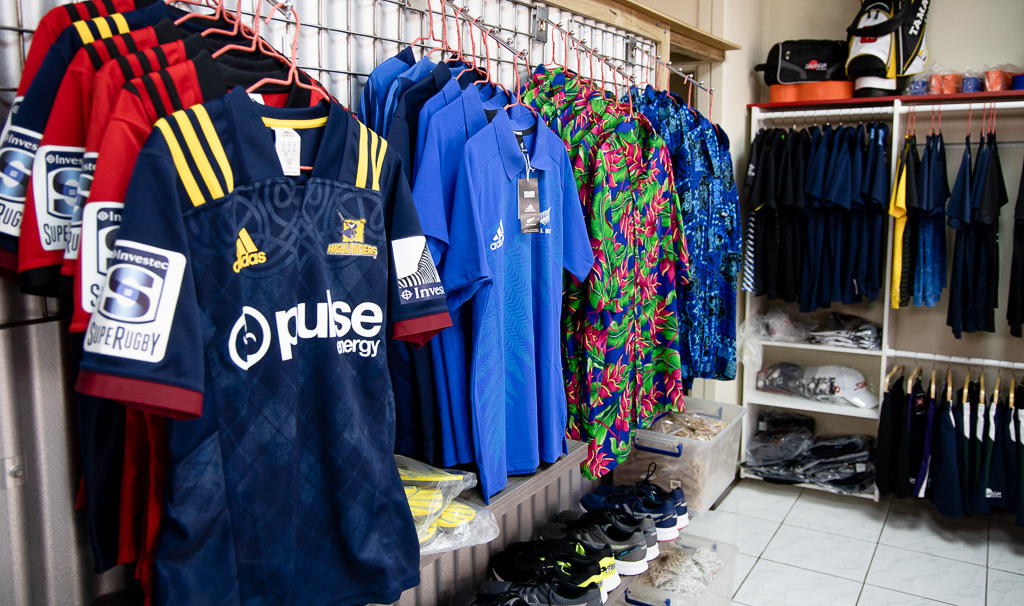 When it comes to choosing what to stock in store, some of the decisions are from rugby players pulling his heart strings with special requests.

“All the stuff in here is what people want. They ask me to get this, and I say you only want one pair but I can’t just buy one, I have to buy 100. But because you want it, I’ll get it.”

Mr. Hanipale was just visiting Samoa earlier this year with the rugby team he coaches from Chubu University In Nagoya, Japan.

When the borders closed all over the world, the coach and his players were stuck here. After six weeks, the Japanese Government chartered a flight home, but the price of the ticket had the coach thinking twice about whether or not to get on board.

After consulting with his wife, who runs their two preschools and English language schools in Nagoya called Kiwi English School, Mr. Hanipale decided to say goodbye to his players while he stayed in Samoa where he has family and friends, and wait it out until commercial flights could take him home.

It did not take long for him to get bored waiting for those flights, and so it was decided he would open a Samurai store here in Apia. After a few months of research and preparation, he finally opened the doors on Friday 14 November, the day after the Lakapi Championship kicked off.

Now this Friday, on the eve of his shop’s four-week anniversary, Mr. Hanipale will hand over the keys to his trusted staff and fly home to Nagoya, Japan.

When he leaves, rugby players and part-time retailers, Paul Eti Slater and Miracle Faiilagi will take over the shop. Mr. Hanipale said he is excited to give the two an opportunity to have well paid jobs and new experiences.

He met the pair through the rugby world and said he has loved getting to know them. 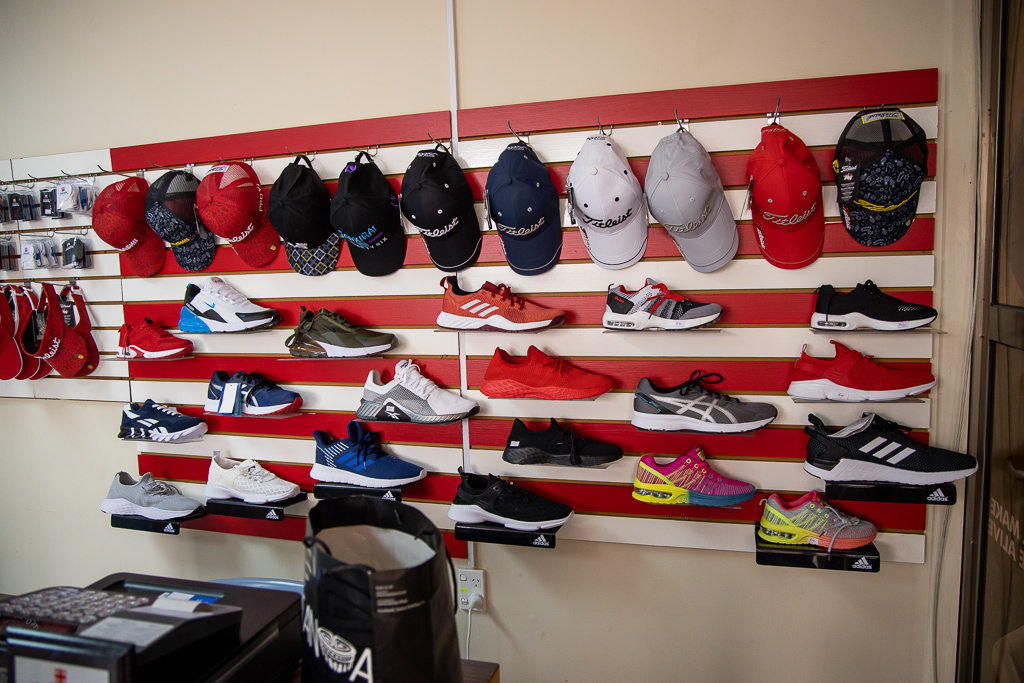 Mr. Hanipale first got involved with Samurai Sports when he was looking to kit out his Chubu University Team. Samurai was the only company who would make him a custom uniform. After a year of working with the British company, the owner asked him to join the team and start reselling merchandise in Japan.

As the years went on his portfolio of teams getting their uniforms through Samurai grew and grew. A small store at the front of the English school turned into a rented apartment which eventually because a fully-fledged shop.

Moataa was the first team in Samoa to order uniforms through Mr. Hanipale, and it wasn’t long before he was approached about supplying uniforms for the Lakapi Championship which he offered to sponsor instead of sell.

The operation is a fledgling one, and Mr. Hanipale said he is lucky to have a successful business ongoing in Japan and two functioning schools that can keep the small new store afloat.

His university employers too have continued paying him his salary whilst he has been stuck in Samoa, and refused his resignation letters twice.

“I’m the luckiest man in the world,” he said. But it is his hard work that has earned him that luck, with several of the players he coached going on to join the national squad for the Rugby World Cup, and his University getting a successful rugby programme to boot.

After nine months away Mr. Hanipale is finally returning to Chubu University and to develop the next steps for Tamashii Investments, which he hopes will involve a Japanense restaurant, a tutoring business and work to help local rugby players score scholarships and top contracts in Japan and Europe. 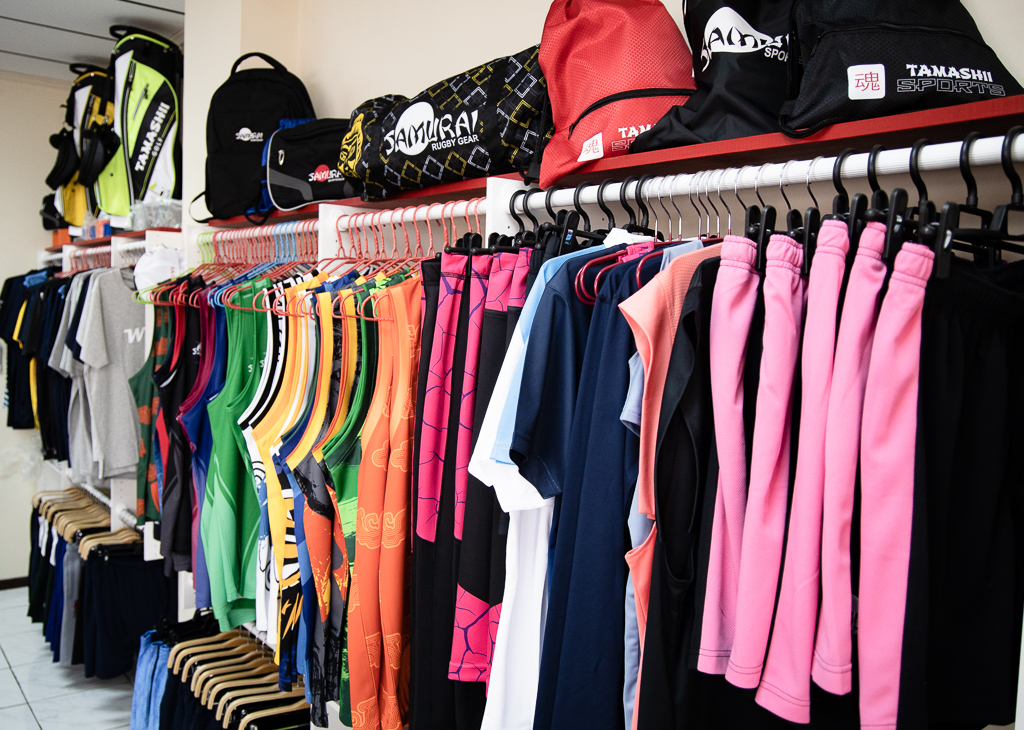