A Declaratory Order claim has been filed by former Salega East M.P., Olo Fiti Vaai and Urban West M.P., Faumuina Wayne Fong, against Speaker of Parliament, Leaupepe Toleafoa Fa'afisi, over his decision to remove them after they registered for the Fa'atuatua i le Atua Samoa ua Tasi (F.A.S.T.) party.

The Speaker of the Legislative Assembly, who is the first respondent, is represented by lawyer, Luamanuvao Katalaina Sapolu.

The Office of the Attorney General is the second respondent.

Lawyer, Muriel Lui, who is acting on behalf of the former M.Ps, had asked the Supreme Court’s indulgence to deal with the matter before the next Parliament sitting on Tuesday 15 December 2020. 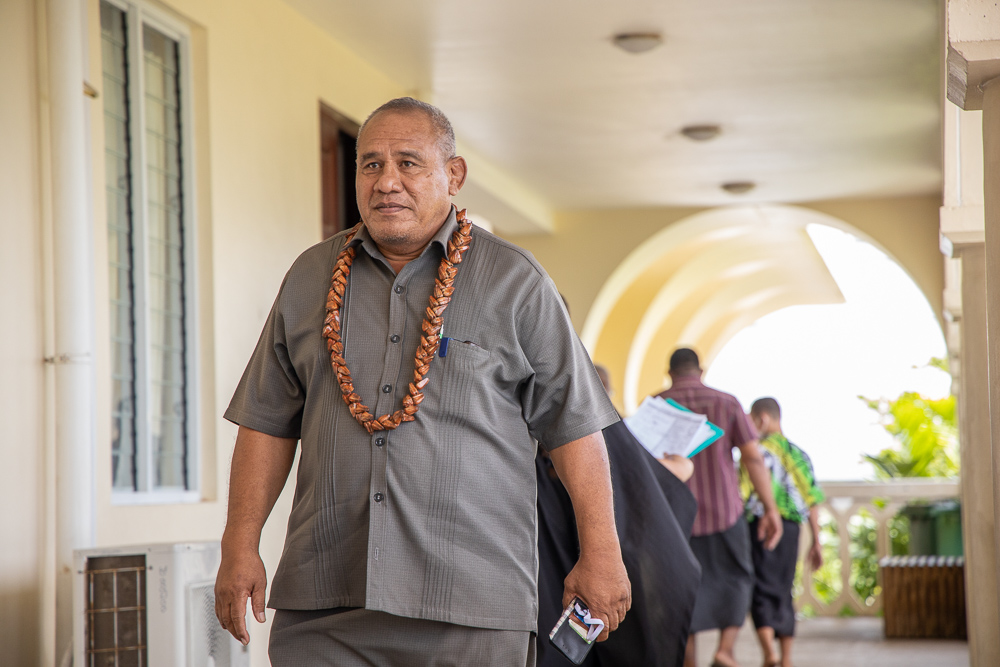 In response, Luamanuvao said she appreciates the urgency of the matter.

“Otherwise it would be for counsel to agree on facts and agree on evidence that is necessary,” she said.

Tafailagi Peniamina, acting for the Attorney General’s Office, said they will file a response to the Declaratory Order by Friday this week.

Justice Leiataualesa Daryl Clarke adjourned the matter for respondents to respond to the Declaratory Order by Friday this week.

The matter will be called again before Acting Chief Justice, Her Honour Niava Mata Tuatagaloa during call over on Thursday.

Clerk of the Legislative Assembly, Tiatia Graeme Tualaulelei and Deputy Speaker, Nafoitoa Talaimanu Keti were present in Court when the matter was called during civil mention.

The civil case stemmed from a decision by the outspoken members to declare allegiance to the Fa’atuatua ile Atua Samoa ua Tasi political party during nomination in October.

According to Olo they are relying on Article 47 of the Constitution on the question as to their membership.

Article 47 states “all questions that may arise as to the right of any person to be or to remain a Member of Parliament shall be referred to and determined by the Supreme Court”.