Of the two men who tested positive for COVID-19, neither are contagious, conclusive testing shows. (Photo: Vaitogi Asuisui Matafeo)
Health

Director-General of the Ministry of Health, Leausa Dr. Take Naseri and Interim Chair of the National Emergency Operation Centre, Agafili Shem Leo, made the announcement on Monday.

They confirmed that conclusive testing done in New Zealand during the weekend confirmed one man was first infected with COVID-19 in May, while the second had the virus in August.

Because they had previous infections, their tests show they are positive, but they pose no infection threat to the community.

Neither declared any notable illness on their medical forms, but it is not known to the Samoa Observer whether they knew they had coronavirus and chose not to disclose that to authorities.

They said samples of blood from both men were tested at the reference laboratory in Wellington and showed low viral loads of the coronavirus, confirming that the pair are no longer infectious.

The blood tests are in addition to P.C.R. tests, which also show the two men were positive for the virus but are not currently infectious, having been sick earlier in the year.

COVID-19 is most infectious when a person is first infected and showing symptoms of the virus. After they have recovered, genetic fragments can remain in a person, and show up on tests in certain conditions.

This is why both men tested negative for the virus previously. 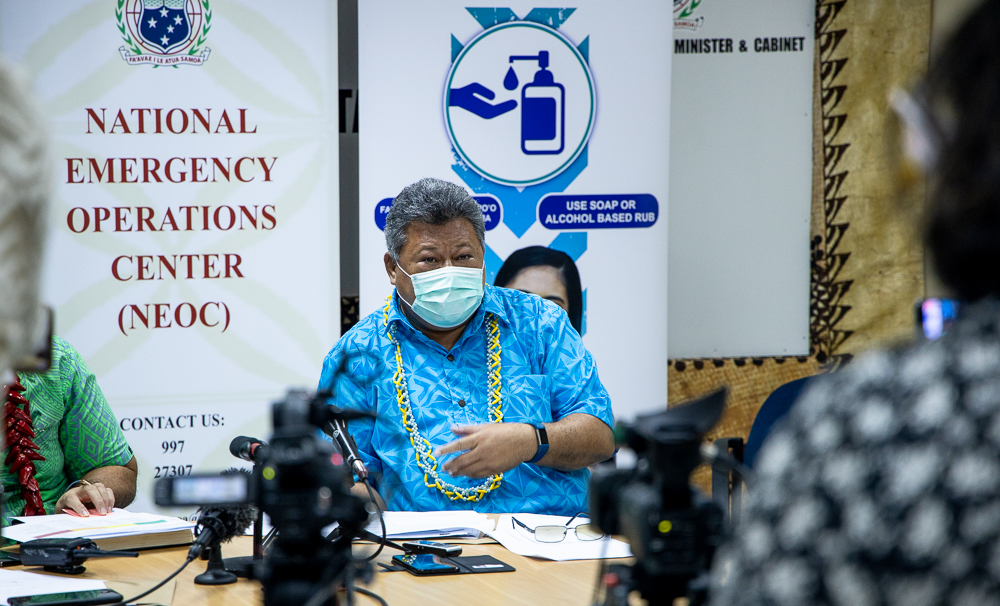 Since arriving in Samoa on Friday 13 November, neither the 23-year-old sailor nor 70-year-old man have shown any symptoms of the virus.

They both quarantined with a roommate, the sailor with another sailor and the man with his wife. Neither have shown symptoms or tested positive either, further confirming that neither man are infectious.

Both cases will not be recorded officially as Samoan COVID-19 cases, but rather Italian and Australian (the two cases’ origins, respectively).

Despite this Samoa remains in Alert Level 1, the first step on the COVID-19 response matrix first issued by the Agafili on Friday.

Level 1 is for when Samoa has between one to six cases in managed isolation, which is a low risk situation for the country.

The state of emergency restrictions apply and people are encouraged to wear masks in public places.

Frontline staff are being periodically tested, but the N.E.O.C. is yet to disclose how many so far have been tested.

The group of recently arrived repatriated citizens will remain in quarantine until Friday 04 December, which is an additional week on their 14-day quarantine period. They will be tested for COVID-19 again on Friday.

Future groups will be quarantined for two weeks and then under Alert Level 1 be mandated to isolate at home for another week upon release.

Speaking to the Samoa Observer after the announcement on Monday, Agafili said Samoa will not be taking any chances.

“We are taking every precaution and being extra cautious with this flight and this situation.”

On Friday, Prime Minister Tuilaepa Dr. Sailele Malielegaoi announced people wanting to return to Samoa will have to declare if they have had COVID-19 before, and will not be permitted home if they have.

World Health Organisation country representative Dr. Rasul Baghirov said there is no medical basis for denying entry to historical cases, though knowing about their history will help avoid testing confusion.

Asked about this on Monday, Agafili said the current medical questionnaire is not specific enough and now it has been improved to specifically ask about old COVID-19 infections.

“This is about pinning down some of the gaps we have identified.” 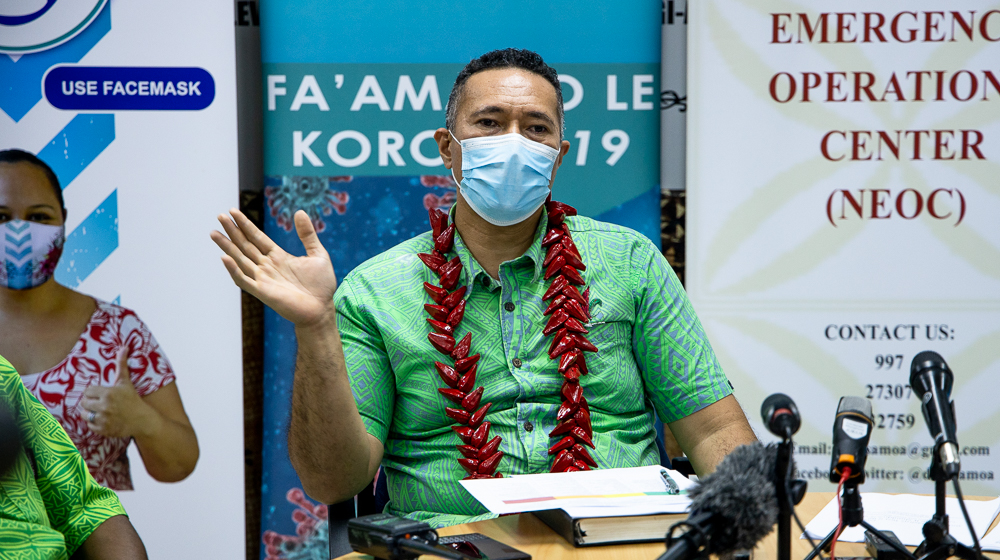 This what the statement issued by the Press Secretariat said:

Effective Friday, it is mandatory for all returning Samoans on repatriation flights to sign a declaration to verify if he or she had contracted the COVID19 or not before they are allowed into the country.

Those found violating the new mandate is subject to face legal repercussions prescribed by law.

In addition Cabinet also approved for priority to be given to returning residents from New Zealand and Samoan students who have completed scholarship studies in Australia on two flights scheduled for the 4th and 7th of December.

Viral load is the amount of virus in an infected person’s blood, and is tested by measuring how much of the virus’ genetic material is present in the blood.

Even as your body fights the virus, fragments of its genetic material can remain for months after infection. These can show up as “weak positive” test results, which further testing can then conclude if you are infectious or not.

This “weak positive” test result recognizes the low viral load in your system.