Women candidates who participated in the training and the (to the right) UNDP Resident Representative Jorn Sorenson and the Australian High Commissioner Sara Moriarty. (Photo: Anetone Sagaga)
TM
By Tina Mata'afa-Tufele, 25/11/2020

A United Nations official has encouraged seven women candidates who are contesting the 2021 General Election to be strong, ambitious and stay engaged in politics.

The United Nations Development Programme [U.N.D.P.] Resident Representative, Jorn Sorenson, told the women candidates at the closing of a Women in Leadership Samoa [W.I.L.S.] project workshop on Monday that he was impressed with their confidence and drive.

“It is a great pleasure for me to address you this afternoon, as we are witnessing the completion of another workshop, that puts the spotlight on strong and ambitious women who have embarked on a journey of becoming spokespersons for inclusion and equality and competing on an equal basis with your male counterparts for a seat in Parliament,” Mr Sorensen said.

“And from your presentations this afternoon, I’m most impressed with your confidence and drive, so thank you for inviting me to provide some brief closing remarks."

The aspiring politicians underwent training in campaign strategising and other fundamentals of running for public office as part of the Women in Leadership Project.

Samoa’s next general election has attracted over 20 candidates. Currently, there are only five women Members of Parliament in this term of the Legislative Assembly.

The W.I.L.S. is a joint program to build and reinforce progress on gender equality and women’s leadership in Samoa, according to Mr Sorensen, who added that it is important as it breaks down gender barriers.

“It is significant in that it points to breaking through gender barriers in the pursuit of equality, safety, the right to be heard and access to equal opportunities for women, simply as fundamental human rights,” he emphasised.

“For generations, women have fought for equality and we have seen an increase in female participation over the years.

“This training event adds to this momentum so while the world is changing around us, I remain hopeful that U.N.D.P. Samoa and its partners can effectively assist getting more women to the frontlines of politics, for a more inclusive and equitable tomorrow.”

And while there has been an increase in women parliamentarians over the past decade, the U.N.D.P. official stressed that there is a need to further strengthen women’s voices and perspectives on governance.

“Whilst the increase in the number of female Parliamentarians over the past decade has been encouraging, there is still a need to strengthen women’s voices and perspectives on governance,” he said.

“Despite advances in gender equality there remain barriers that prevent women from engaging in politics.”

Last Friday some of the women candidates shared their views on perceptions of women’s roles, financial constraints, the gaps that currently exist in civic education and awareness, and the need for broader support for inclusivity and challenges in the Samoan culture.

The W.I.L.S. covers a number of training areas including campaign strategy and communication, said Mr Sorensen, which the women candidate participants are now the recipients of. 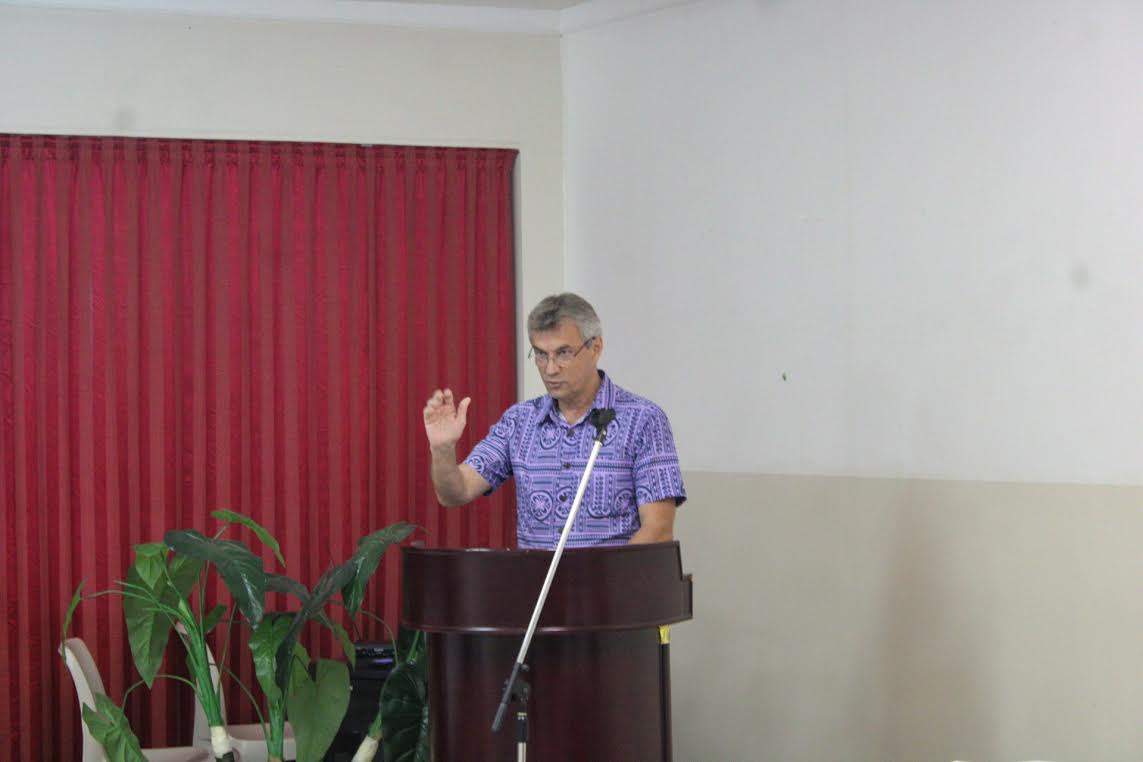 “Hence, the W.I.L.S. project support for the development of a Training and Support Programme for Potential Candidates which includes the delivery of this very important course on Developing Effective Campaign Strategy and the Language of Communication course.

Mr Sorensen also emphasised that leaders who set ambitious goals can also drive meaningful change and he appealed to the women candidates to learn from each other.

“Leaders who set ambitious goals can bring about meaningful change so aim high and be ambitious. This training is a step in the right direction.

“I therefore say to you; Let your courage inspire your campaign and support one another in realizing your full potential.

“I would in this regard urge you to continue to learn from one another and share your valuable insights and knowledge within this group.

“I urge you to establish professional networks that will support your work and quality of services in the months and years ahead.

“And I invite you to continuously share your perspectives within this group; be mutually supportive and generate collective insights and learning in support of women participation in politics.”

An increase in the representation of women in the Legislative Assembly will only benefit the nation as everyone gains from women’s wealth of knowledge and experience, said Mr Sorensen.

“You please lead the way – thank you for your participation and good luck as you move forward doing your part for a conducive future. And allow me to finish with a quote ‘The great tragedy of life is not that people set their sights too high and fail to achieve their goal – but that they set their sights too low and does!”

The women-candidates-focused training was held at the Hotel Elisa conference room and is supported by the W.I.L.S. under a three-year program run by the U.N.D.P.. The training was facilitated by Mataura Desmond Amos and funded by the Australia government in partnership with the Samoa Government.

The Australian High Commissioner to Samoa, Sara Moriarty, was also on hand to congratulate the participating candidates and presented selected participants with their certificates.