What's good for Upolu is even greater for the big island of Savai'i. Last weekend, the residents of Puleono had the opportunity to enjoy a tag tournament, courtesy of a partnership between Samoa Tag incorporated and Vodafone Samoa.

The Samoa Tag Incorporated hailed the Vodafone Beautiful Savai'i Tag Tournament 2020 a success, saying it was the second time the association has taken the sport over to the big island.

The successful tournament is spelled out in a press release by the association.

"This year the association was determined to make this year’s event even bigger and more memorable," a statement from the Association reads.

Taking a tournament to be held in Savai'i was to achieve one of the association's vision which is "to reach out to the wider communities and make sure that everyone gets a chance to enjoy the sport." 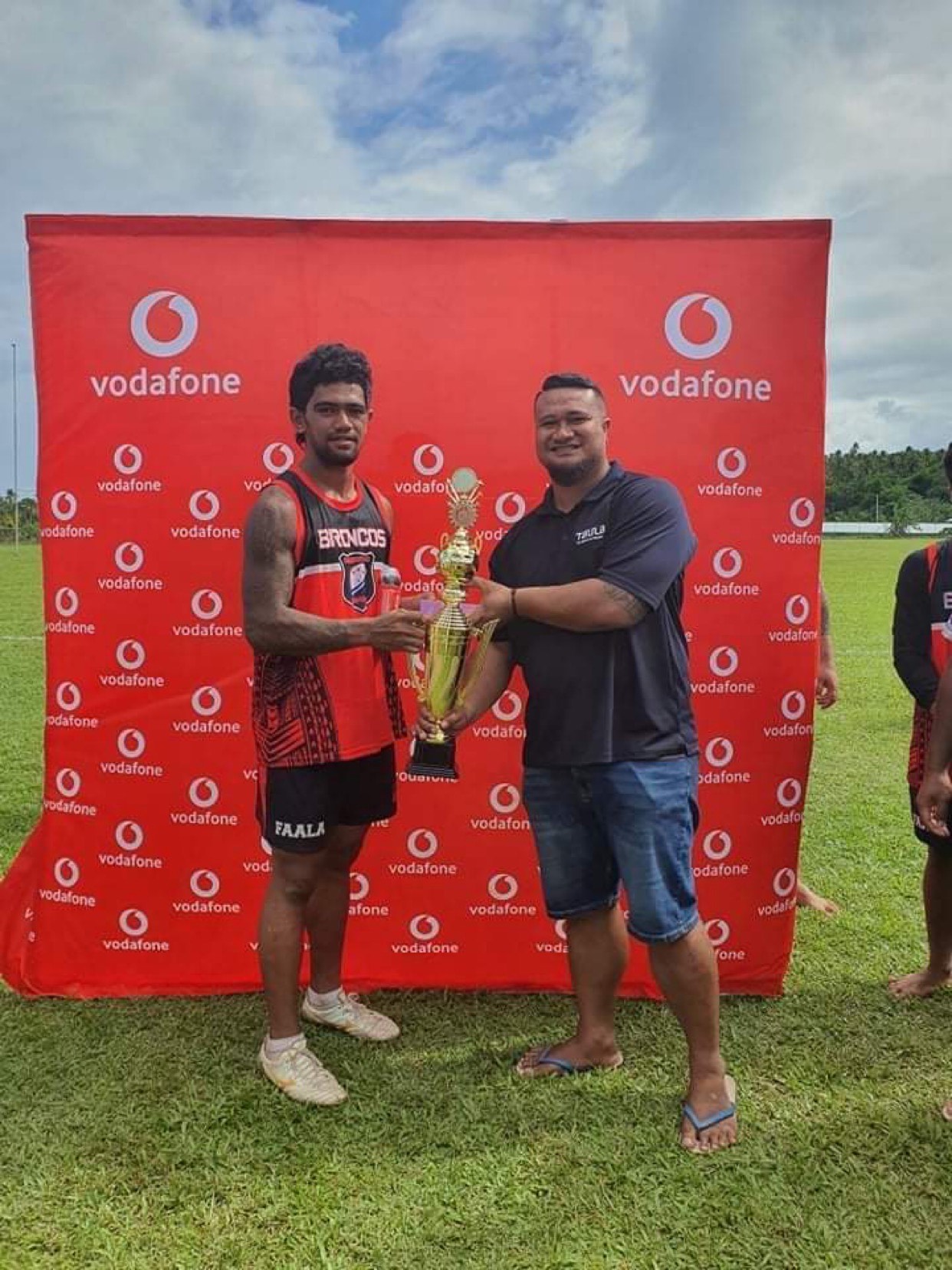 The majority of Samoa's local tag clubs are all based in Upolu. However, the association is devoting their efforts to ensure that the tag community in Savai'i gets to enjoy the game, like lheir supporters and players in Upolu.

"Each year Samoa Tag hosts various tournaments to keep the sport active and develop the local clubs, and they wanted to make sure that the tag community in Savaii also received the same opportunity. 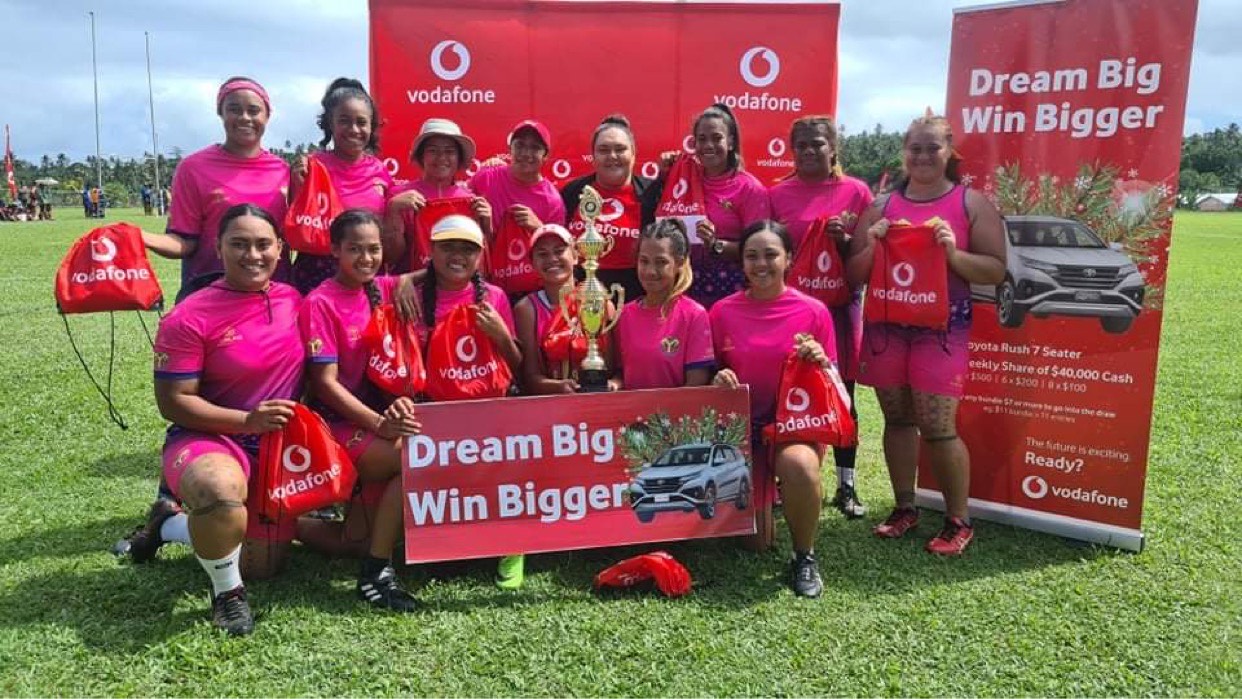 "The tournament in Savaii had always been on Samoa Tag Inc’s calendar for this year, but after an incredible debut performance from the Faala Broncos during Teuila they were even more excited to see the competition Savaii would bring.

"At their very first tag tournament ever the Faala Broncos team from Savaii was able to make it to the Teuila Semi Finals in the Open Men’s Division. That achievement alone just speaks for the level of raw talent and potential athletes over on the big island have, and Samoa Tag was very happy to have been able to provide a platform to showcase that over the weekend."

The tournament started with a small service followed by a keynote address that was delivered by the Guest Speaker and Chief Executive Officer of Vodafone Samoa Nofoasaefa Satish Sharma, who encouraged the players to dream big, play fair, and strive to learn how to be humble not only in Victory but also in defeat.

Nofosaefa then performed a Kick off to mark the official start of the tournament, and then the different teams from both Upolu and Savaii took to the fields of Prince Edward Park to give it their all.

"The enthusiasm from each team made for an extremely tough competition," according to the press release.

"However in the end the top honors and Champions for this year’s Vodafone Beautiful Savaii Tag tournament in the Men’s division were awarded to the Faala Broncos.

"Second place was awarded to the Siumu Snipers who also put on an outstanding performance in the final, despite this also being only their second ever tag tournament.

"Third place went to the young men from Team Cruisers, who won a thrilling match against Tau Knights to secure the final trophy.

"Over in the Open Women’s division, it was the mighty Titans who emerged victoriously and took home the big trophy.

"The Titans went head to head with the ladies from Samatau Samurai and put on a nerve-wracking final, with the full 30 minute game ending with neither of the two teams having scored a try yet.

"The teams then faced off in a drop-off, where Titans then scored the first and winning try. Samatau Samurai took home the trophy for Second place in the Open Women’s division, while Tau Warriors came third."

The awards for Most Valuable Player from each division were awarded to Uaina Sione of Faala Broncos, and Dee Matai of Team Titans.

Samoa Tag incorporated also used the opportunity to congratulate not only the winning teams, but also all the teams who participated in the tournaments. 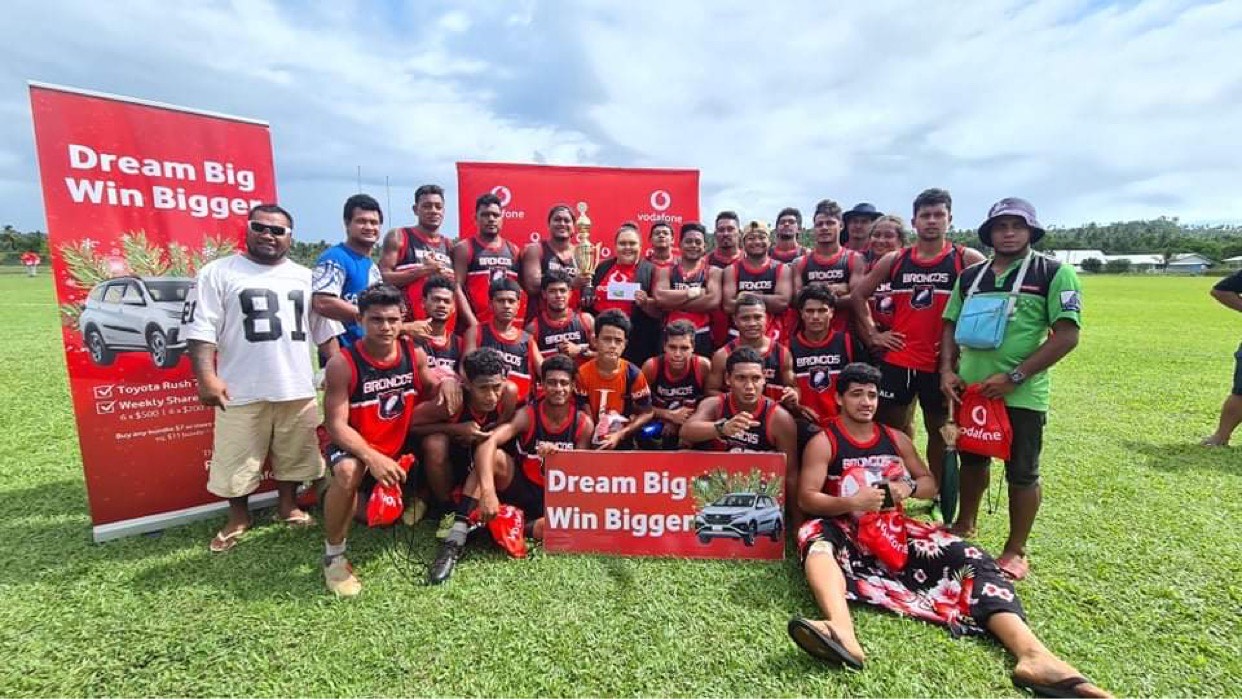 "We anticipate that by the end of 2021 the domestic interest in the sport of Tag will increase significantly," Samoa Tag Inc.

"Despite all the logistics and different costs involved for a lot of the teams to make the big trip; we saw so many clubs come together and work as a team to fundraise, and the spirit of unity and family that was seen as a result of it was well worth all the effort."

Lastly, they took the opportunity to express their gratitude to thank everyone who supported their initiative and made the Vodafone Beautiful Savai'i Tag Tournament 2020, possible. 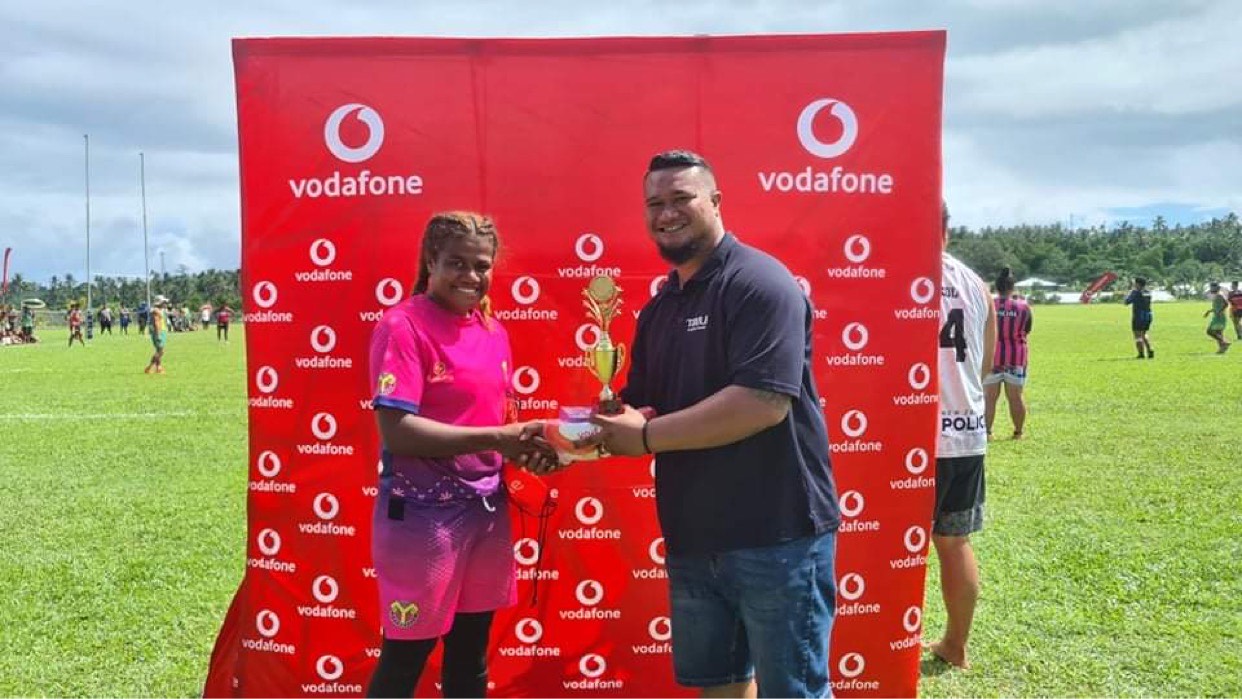 "Samoa Tag Incorporated would also like to take this opportunity to give a big Faamalo and thank you to our major sponsor Vodafone Samoa, as well as Taula Beverages, Eveni Carruthers, Liquor Planet, and Princessa Company Limited.

"Our sponsors all played a huge part in helping make this event possible, and we are truly grateful for their support."

A business start-up that set up an online travel service targeting local small to medium-sized enterprises is the winner of the Seedstars competition in Samoa and will now move to compete at the regional level.