Raising awareness about ways to prevent suicide and address mental health inspired the "Run for life" activity which took place over the weekend in Upolu.

The mastermind behind the initiative is the leader of a Non-governmental Organization called Logoipuialii Youth Empowerment, Moeona Folasa.

The 24-year-old from the villages of Falelima, Asau, Toamua, and Vaitele told the Samoa Observer that the idea to host the Run for life awareness was born following suicide incidents that happened in American Samoa in the past couple of months.

The unfortunate suicide incidents said Moeona, inspired him to raise more awareness programmes in Samoa, as he believes there aren't enough programmes in place to address mental health and suicide.

"After the suicide incidents in American Samoa, I was motivated to raise awareness to address the issue," Moeona told the Samoa Observer.

"The main purpose is to raise awareness on this serious issue that our youths continue to face.

"We welcomed anyone who wanted to join and to run for a good cause.

"However, only six people showed up, a lot of people were interested, but they had other obligations so they couldn't make it.

The run started at 5:00 in the morning from the town clock all the way to Gym 1 at Faleata.

Moreover, Moeona said they are looking at making this a monthly program "to make some noise" on this issue.

"To be honest, there are not enough awareness programs in place to address the issue," he added.

"The way I see it, we are focusing too much on finding solutions for mental health, but they should also look at not only the mental side and not so much on the physical side.

"If we concentrate only on the mental side, the question is, how do we keep the mind active? Which is why we believe we should look at programs such as exercising so we can keep our minds and body active.

"Once again, there is not enough awareness, therefore we have to create more awareness."

With the rise in technologies and access to social media, Moeona believes we are in "difficult times."

Therefore he believes it is vital that we educate our children and youths on the impacts these have on mental health.

"We are in tough times as social media and having access to technology is on the rise with the many changes happening before our eyes.

"This is why it is important that we share with our children, the impacts of these issues, and how it connects with suicide and mental health. 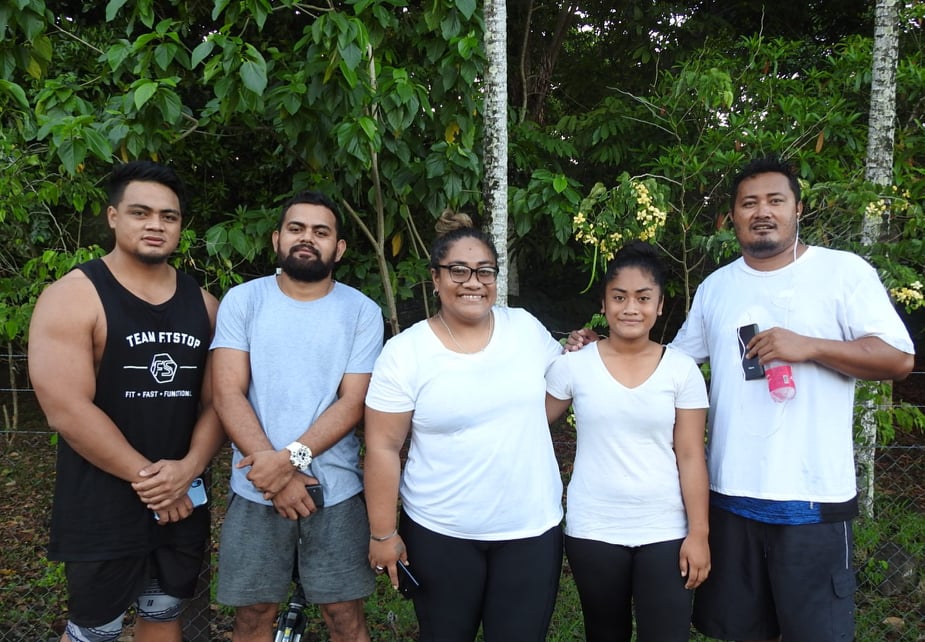 "Children can now have access to the internet, play violent video games, watch movies they are not allowed to watch, so children can easily pick up these things and can affect the way they see things and do things in life.

"For example, they become addicted to playing violent games and other games. It can lead to mental health and lead them to make wrong decisions."

However, Moeona believes that collective effort is needed in addressing the problem.

"We have to work together to advise and raise awareness about the impacts of suicide, and how to deal with suicidal thoughts.

"At the end of the day, we need to educate our youths on ways they can do and how to deal with these problems especially mental health.

"Our children need to understand that there are people and organisations out there they can talk to when they are dealing with mental health."

A participant, who joined the "Run for life," on Saturday, spoke on the significance of such an activity.

"Everyone is unique and is entitled to their own opinions," Ann Retty Fasia told the Samoa Observer.

"We each have our lows and highs sometimes, we give up and have to face a lot of pressure that may lead to suicide.

"I did run and joined the awareness program because life is important and it's the most valuable asset a person has.

"Living for our loved ones, sometimes we find it hard to deal but suicide is not the answer.

"As a mother, I wouldn't want my son to go through these issues in the future.

"Therefore, we should all come together to raise awareness programmes about the issue. We need to have more than one run within a year to give encouragement and lead a better Samoa."

Samoa has received $33.3 million in total of grants from donor partners in September 2020, an increase of $18.7 million compared to September 2019.