Running the race to clean energy

Selected Government Ministries are marking National Renewable Energy Day 2020 with a two-day celebration promote the use of clean sustainable energy sources ahead of the country's move to entirely renewable sources.

The celebration of the day is an annual event that also emphasises the importance of clean and sustainable energy sources to generate electricity, to cook food and power vehicles.

The programme kicked off on Thursday with the official launch and a triathlon before the commissioning of the Afolau Biomass Gasification Plant on Friday. 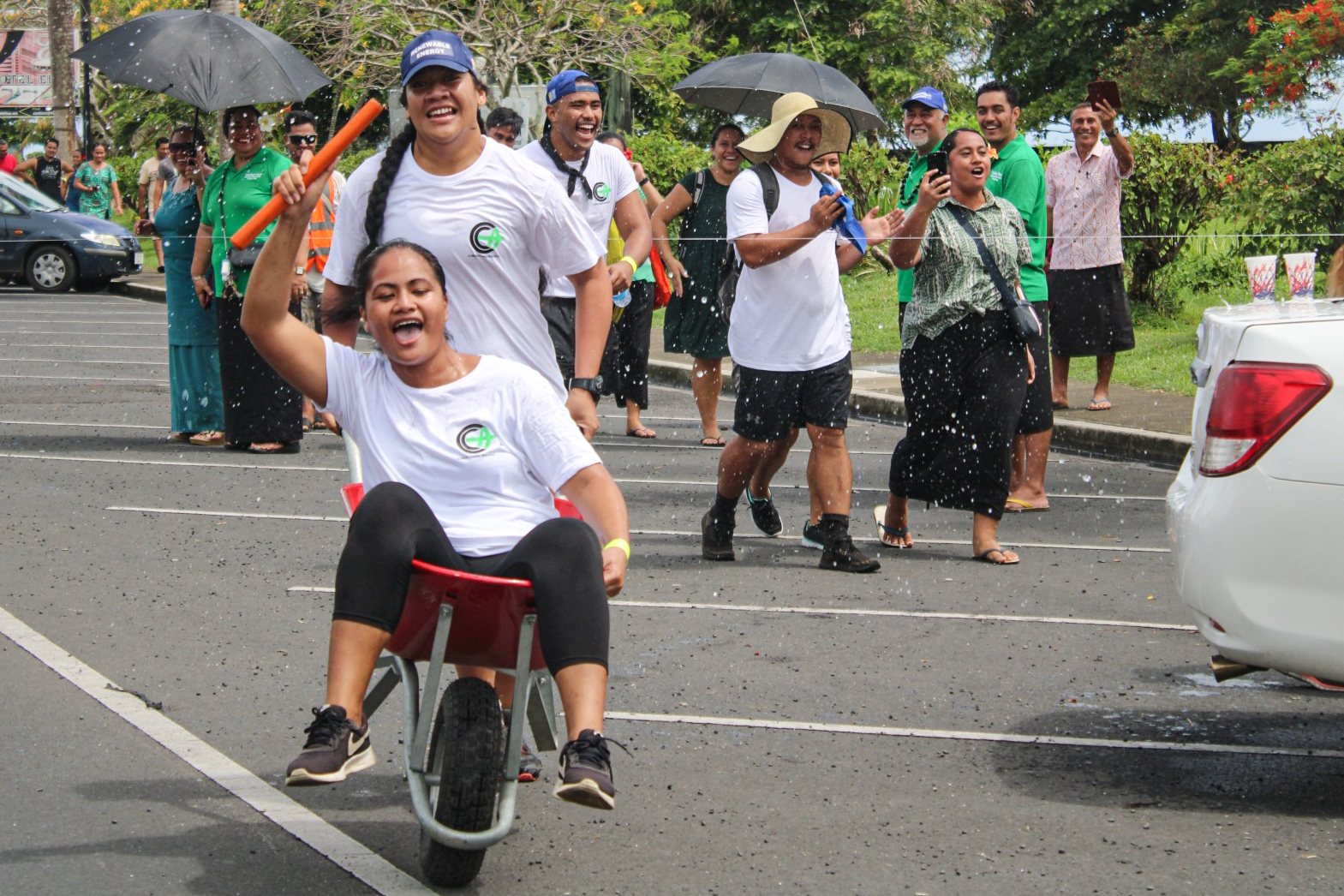 The theme for this year’s celebration “Biomass Resources for Clean Energy Production”, emphasises the importance of the integration of renewable energy projects, and the communities’ commitment to Samoa’s energy transition from a fossil-fueled into a green economy.

Due to the COVID-19 global pandemic and the state of emergency (S.O.E.) restrictions that followed, the organisers of the two-day celebration organised a triathlon to enable the promotion of sustainable transport alternatives.

As the host and custodian of the celebration, the Ministry of Natural Resources and Environment (M.N.R.E.) selected eight Ministries and Corporations to participate in the race which comprised running, cycling and the wheelbarrow-push at the Malaefatu Park. 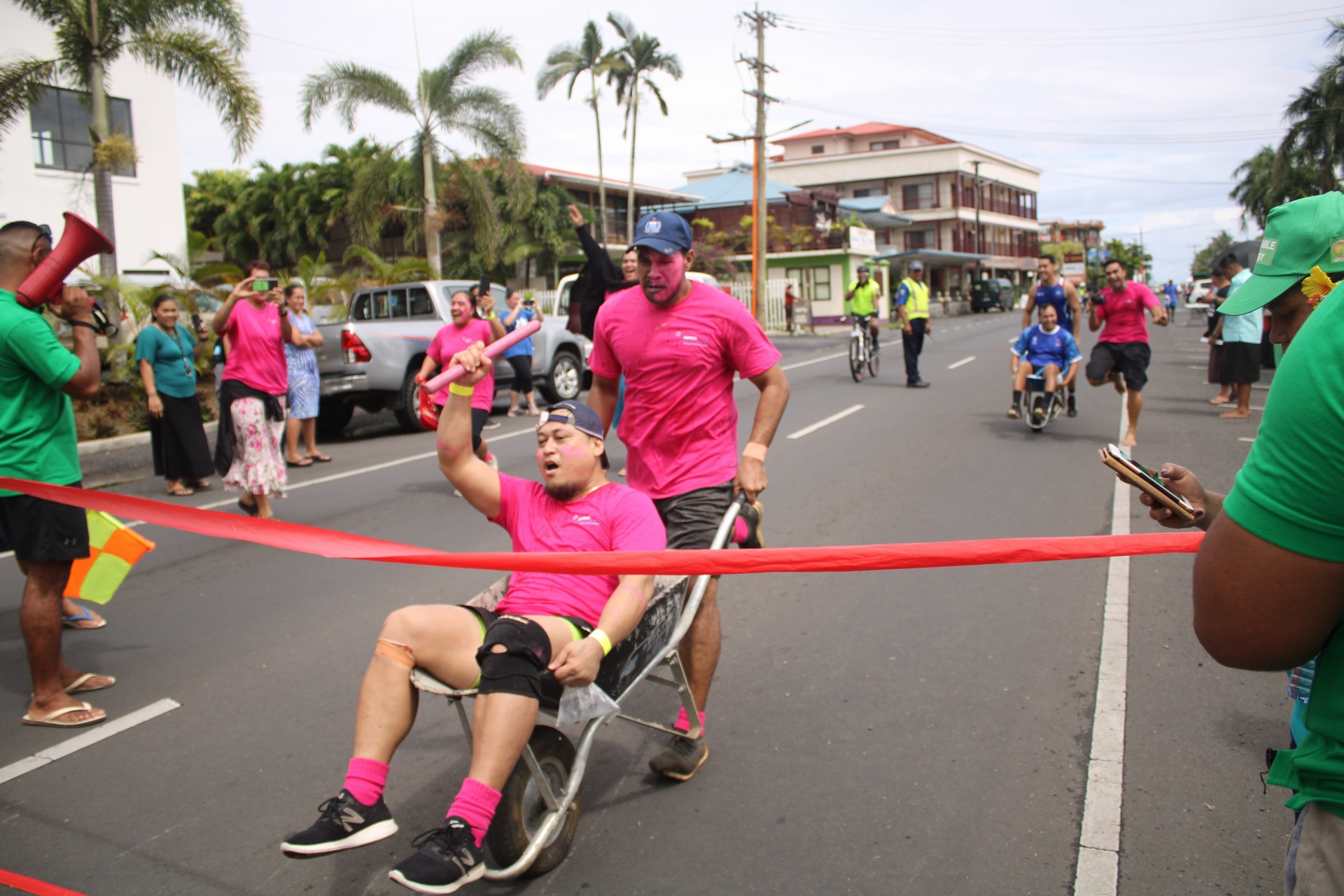 At the end of the competition, Small Business Hub (S.B.H.) and the Ministry of Finance (M.O.F.) came out champions with the SBH team winning the men’s division and the M.O.F. taking out the women’s division.

The captain of the S.B.H team, Ian Rimoni, told the Samoa Observer that they are thankful to participate in the triathlon.

He said the event gave them the chance to exercise and added that they only put together their team on Wednesday.

“So we had our first training yesterday morning and that was the only time our team was together,” he said. 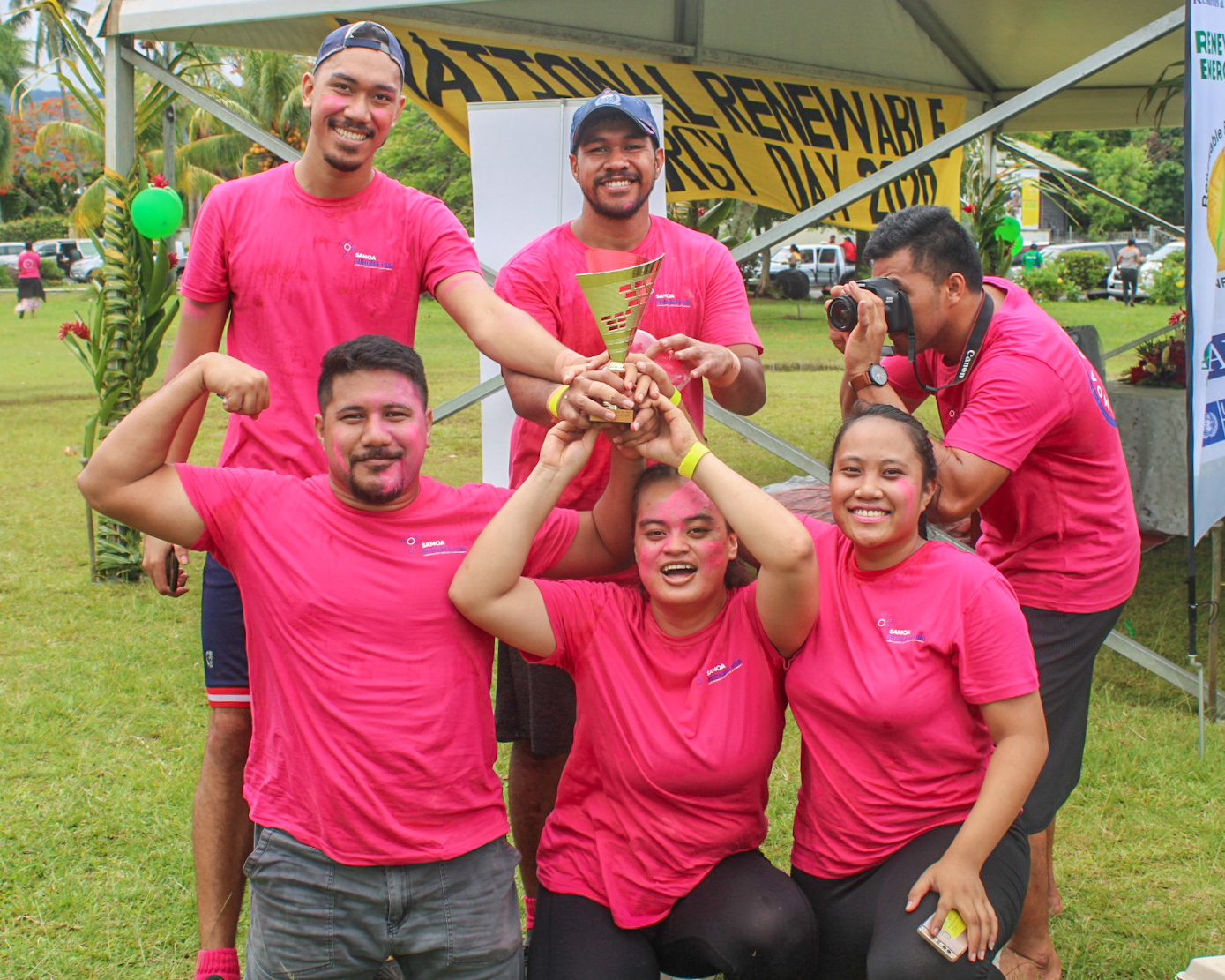 When asked how he felt crossing the finish line, he said he almost gave up but it was the people waiting at the finish line who pushed him to complete the race.

The M.O.F. team captain, Anna Schuster, said they recently formed the team and had no training prior to the event.

She said participating in the triathlon was good for their health and is also a brief break from the office.

They did not think they were going to win, but according to Mrs. Schuster, she told the team before the event started that they were there to win.

She said they were shocked when they won and the performance of the girls in her team throughout the event surprised her. 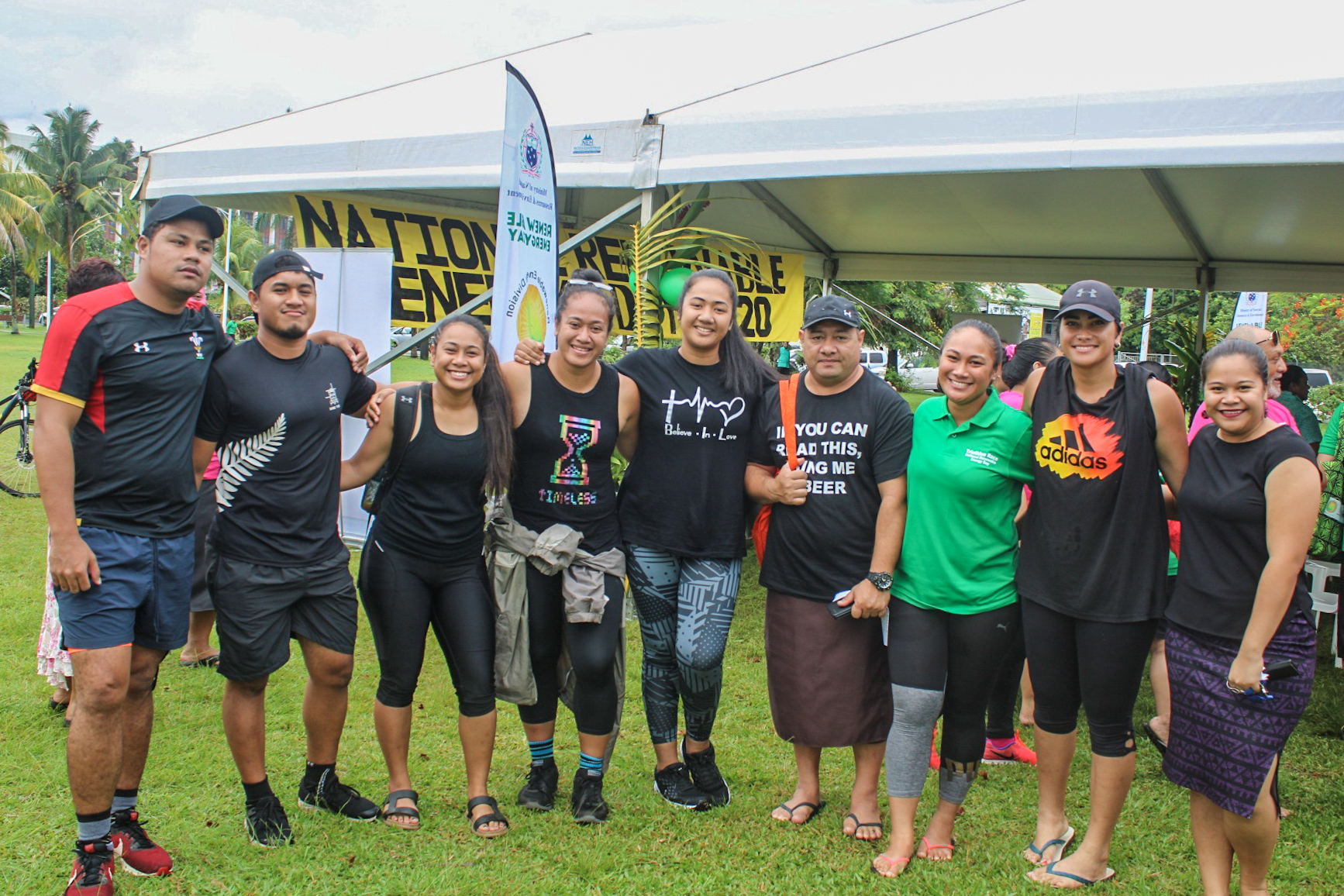 In an interview with the Samoa Observer, the Acting Chief Executive Officer of the Renewable Energy Division, Fefiloi Renate Kerstin said they chose eight Government Ministries who were some of the main stakeholders in Samoa's energy sector.

She emphasised that the triathlon is their way of promoting sustainable means of transportation, in a bid to decrease the dependence of the local people on fossil fuel-driven transportation.

According to the Acting C.E.O. instead of travelling in a car, you can take a bike or walk or run or even use a wheelbarrow as a fun activity.

Mrs. Kerstin further explained that the race is the first event of the two-day celebration with the second being the official opening of the Afolau Biomass Gasification Plant.

Samoa is looking to reach 100 per cent renewable energy by 2025; in October this year an engineer for the Electric Power Corporation said the country's progress had been slowed by the COVID-19 pandemic but remained on track. 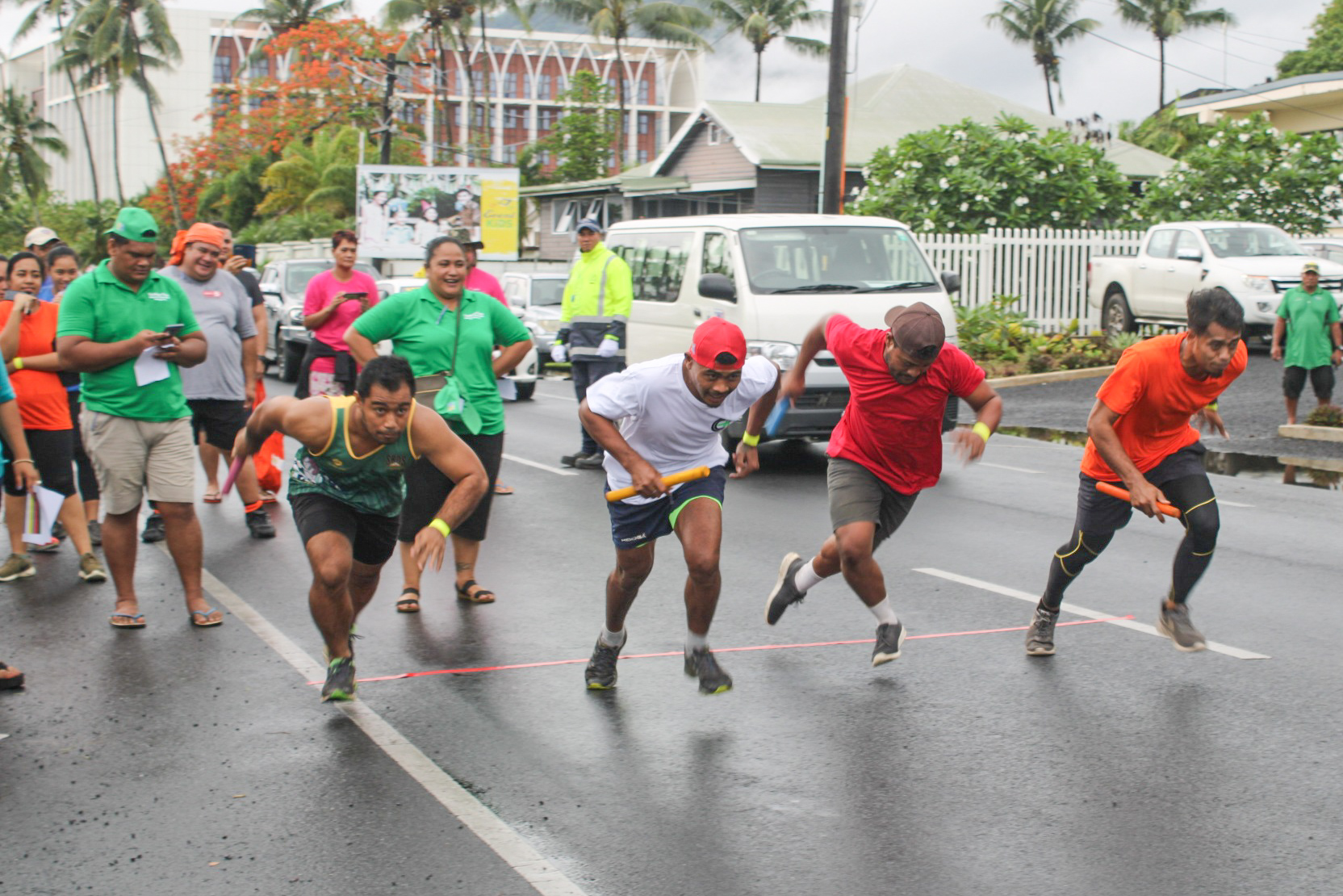 The results of the triathlon from the Maleafatu Park to Mulinuu and back were as follows:

3. Ministry of Natural Resources and Environment

Leadership by Samoan women and girls during the COVID-19 pandemic has never been more important to ensure their voices are heard, says Australia’s High Commissioner to Samoa, Sara Moriarty.

Rover Vodka shields itself from scrutiny

The manufacturer of the popular, locally-produced Rover Vodka has declined to comment after its product was repeatedly mentioned in the Supreme Court in connection to a number of serious offences.