A former Manu Samoa rugby player has made a career switch into firefighting and was one of 31 men and women who graduated on Thursday.

The 31-year-old Lio Lolo has represented Samoa in the Toa o Samoa and the Manu Samoa Sevens over a period of four years.

But on Thursday he was among the 31 graduates of the Fire and Emergency Services Authority [F.E.S.A.] new recruits graduation ceremony at Tuanaimato.

Speaking to the Samoa Observer, Mr. Lolo said he will not stop taking advantage of rugby opportunities when they come.

But his top priority right now will be to transition to firefighting and the career switch was made for the sake of his two children.

“Firstly, looking at my family especially my two children and the continuous and unstoppable disasters and accidents that happen around the country was the reason behind all these changes,” he said.

“I believe my talent was in rugby but years go by and I am just starting to build my own family, I have to think of what is best for my family and our country.”

Mr Lolo received the most disciplined award during the graduation ceremony and dedicated his accomplishment to God. 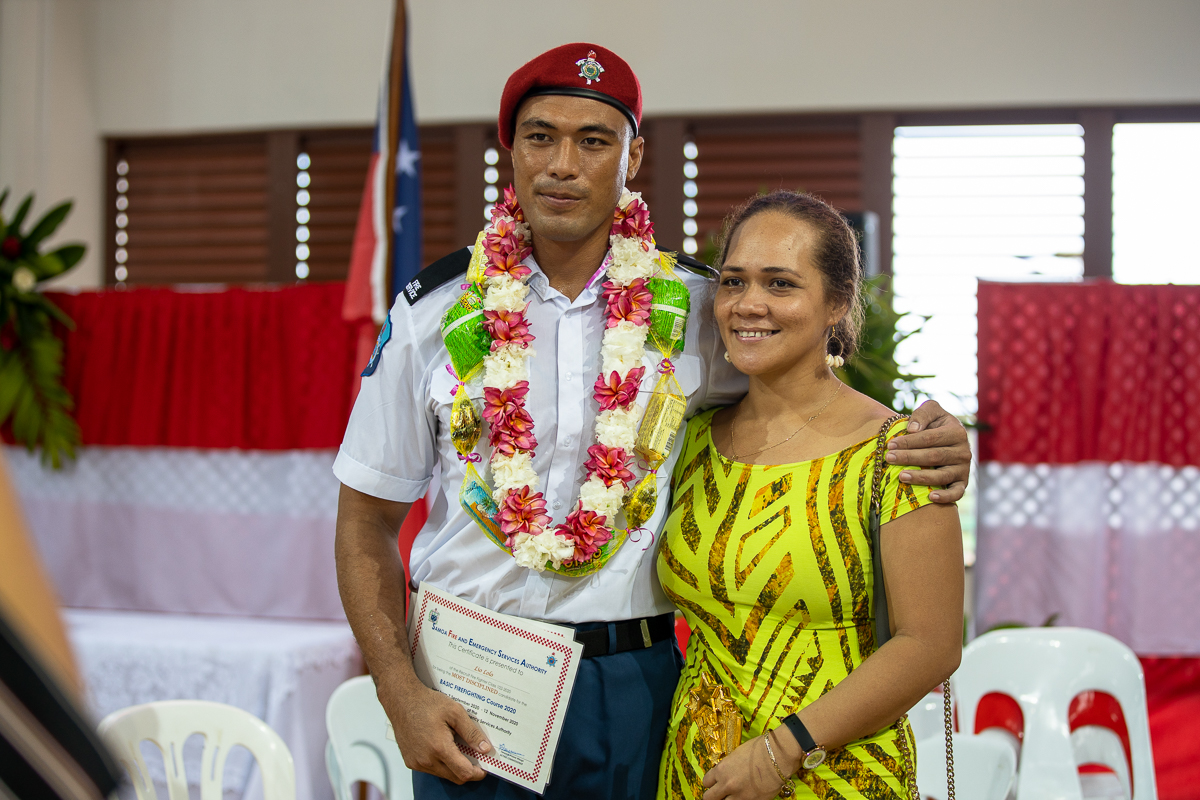 Asked how the three months’ firefighting training went, Mr. Lolo said it was nothing like rugby training.

“During the 11 weeks of training, there were times when we thought about giving up but thinking about the reason why I was there in the first place got me back up,” he added.

“Graduation today gave me different feelings, feelings of hope and gratitude that I have done it and I will continue to do it.”

For Mr. Lolo, this is the beginning of his journey as it is his ambition to save lives.

“Being a firefighter and knowing that I have saved so many lives around our country is the best feeling I hope to feel,” he said.

“Also, the world today keeps getting expensive so I hope to save not only the lives of our people but also their properties from the fire.”

Mr. Lolo is a former student of Maluafou College. He graduated and continued his education at the Nia Mall Computing School where he finished his education before pursuing his rugby career.