Prime Minister, Tuilaepa Dr. Sa'ilele Malielegaoi, congratulated the Rotary Club of Apia (R.C.A.) on the occasion of reaching its 50th anniversary. The Prime Minister offered his congratulations during a celebration at the Robert Louis Stevenson Museum where he was the guest speaker. 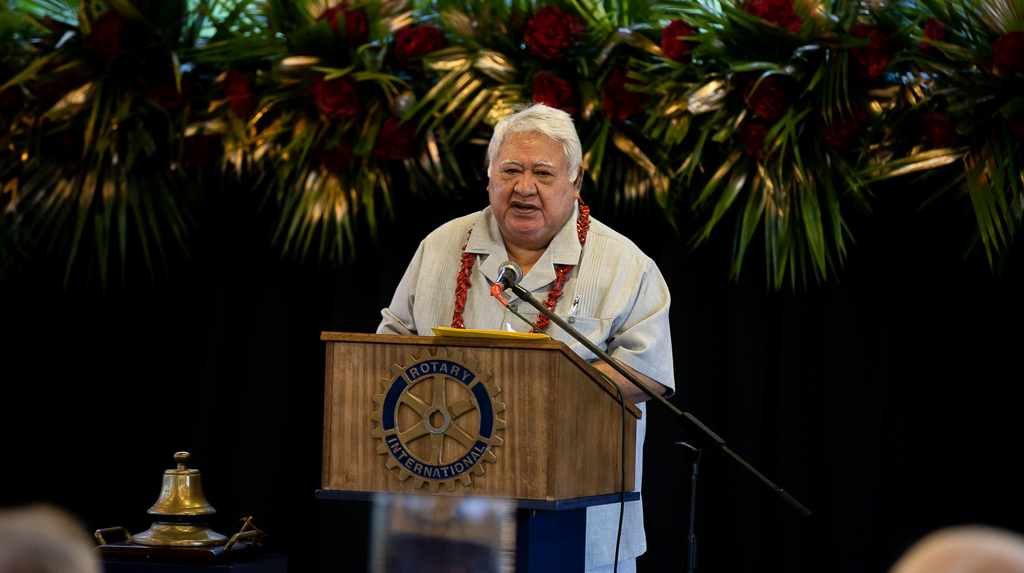 Looking at the milestone of 50 years, Tuilaepa said this is a good time for members to reflect on the core mission of the organisation and to assess whether the mission has been accomplished.

He acknowledged all the "good samaritan" services R.C.A. has done for Samoa, especially in areas the Government budget could not reach.

"This is a happy celebration for all of us to celebrate all the good works you have all done, to honour members who have passed away, and to especially acknowledge those who are continuing the work," he said. 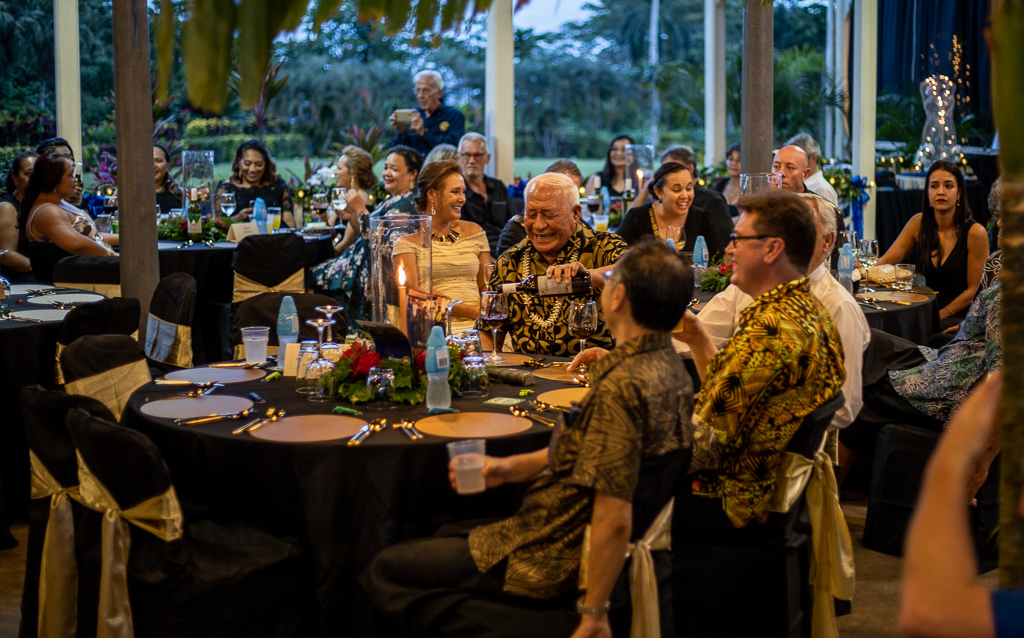 Tuilaepa said he was a Rotarian himself in 1982 until he resigned after being selected as the Minister of Finance.

"I resigned because if I remained in here, the only thing the Samoan people will hear when the Club has a development is that Rotary has become political," he said. "Congratulations on your 50 years."

The event was well attended by special guests and Rotarians. 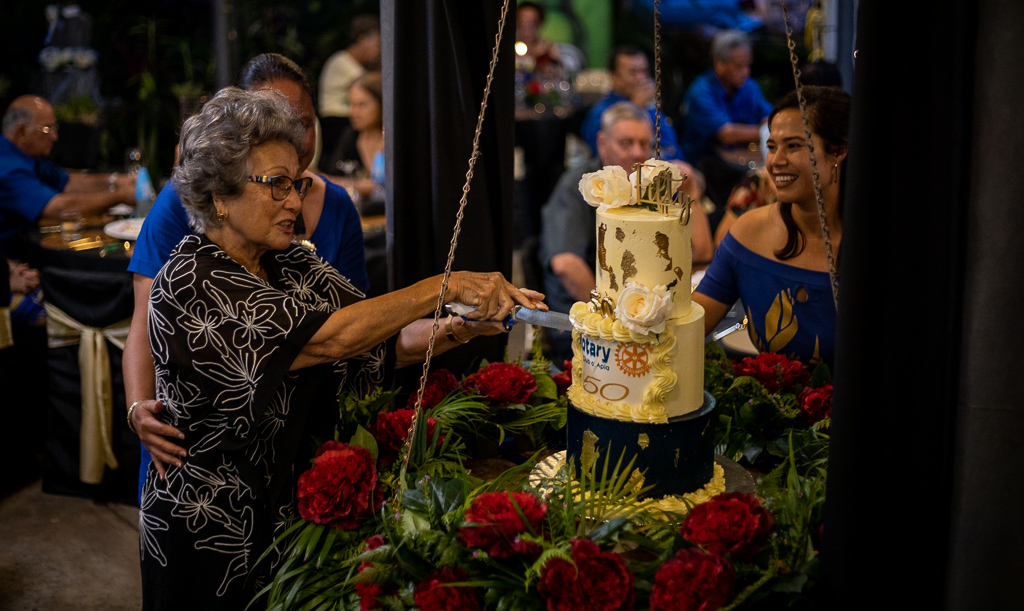 The birthday cake candle was blown by Freida Paul, the wife of the late Norman Paul, the very first President of the Samoa Rotary Club.

The very first female President, Rosita Slaven, proposed a toast for the invited guests and long-standing members and friends of the Club.

Senior Rotarian and former President, Khosrow Moghbelpour also proposed a toast, to departed Presidents and acknowledged the undeniable contribution of women into the services of the R.C.A. It was during his term as President that enabled women to be enlisted as Rotarians.

He compared each member of the Club to the soil that feeds a tree, which never stops giving and expecting nothing in return. 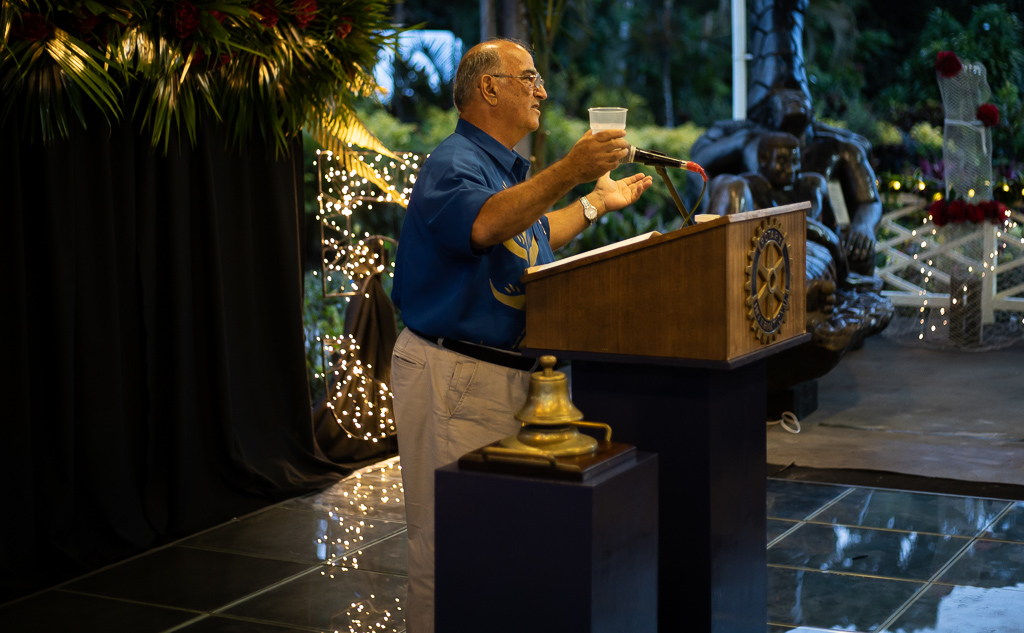 Club President, Joanne Rasmussen, provided a summary of the “50 Year that Was” on the night.

“We remember and acknowledge Peter Paul our charter President and we recognise and acknowledge the Rotary Club of Pago Pago who endorsed our club. I wanted to also congratulate the RC Pago Pago, for celebrating their 50th anniversary last year,” she said.

Ms. Rasmussen also highlighted some key milestones in the history of R.C.A. including the induction of women into Rotary in the 90’s, and in turn the first female and youngest President, Ms. Slaven in 2006. 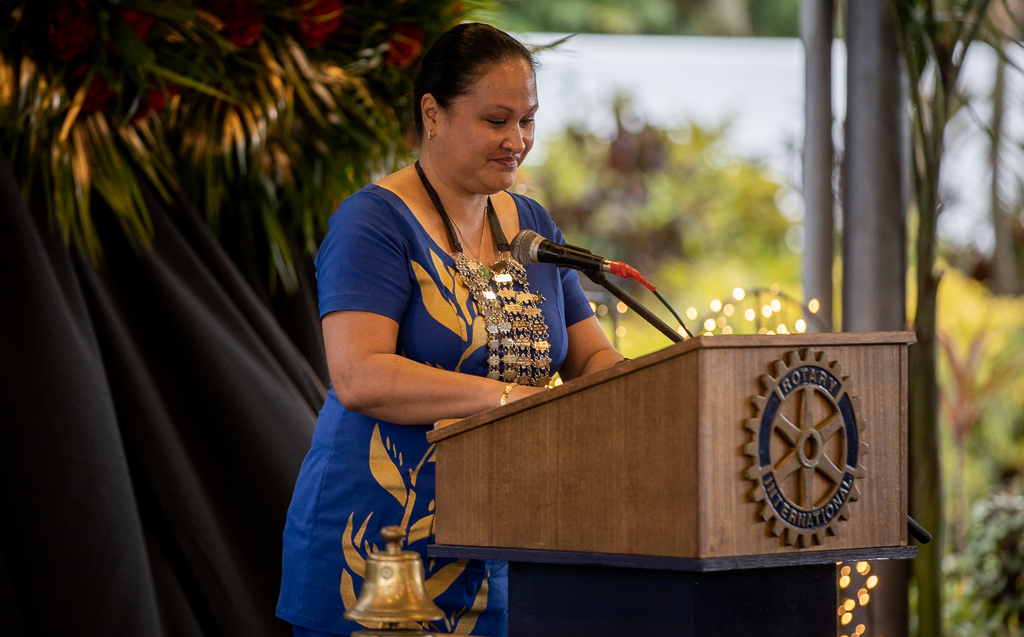 In addition to the charity work of the organisation, it develops future leaders through leadership programs through Rotaract and its RYLA and RAYS programs, the President announced.

She also acknowledged and recognized the Rotary Clubs around the world and in particular the Australia and New Zealand Clubs who have generously donated much needed literacy and medical equipment and supplies over the past 50 years, especially the Rotary New Zealand World Community Services (RNZWCS) who have been an avid supporter of RC Apia. 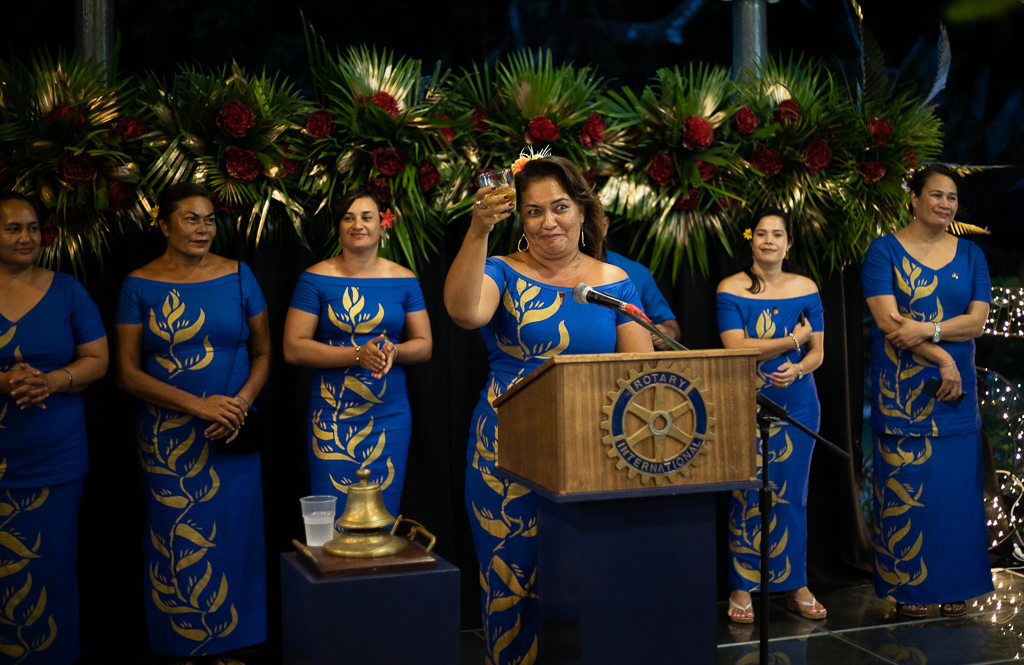 The local business community who contribute generously each year to raise funds for its various projects and initiatives were also recognised on the night.

Ms. Rasmussen also thanked the Club’s members, past and present, for their tireless effort, hard work, commitment, passion and dedication for what was a "phenomenal" 50 years and for making possible the Club’s projects and initiatives for the betterment of Samoa’s community and people.