The all-women Fautasi o Toa crew might have narrowly missed out on a history-making victory in S.J.C's 70th anniversary fautasi challenge but their skipper, the legendary Vaimasenu'u Zita Martel, said she could not have asked for more from her crew.

Speaking after they came second, Vaimasenu'u said the women gave it their all and they could all be proud of themselves.

"We did it for all the women and our children," Vaimasenu'u said, referring a partnership they had launched earlier this week with the U.N.D.P. Spotlight initiative where they did more than race. The crew also advocated against family and domestic violence, using the platform to shine the spotlight on the issues.

"We gave it our everything."

While Alfred claimed the title finishing first, it was the all-female Fautasi o Toa crew that won the loudest applause from the masses on the seawall when they crossed the finish line to claim second place.

It is the first time an all-female crew, captained by the legendary Vaimasenu’u Zita Martel, had taken part in what is usually an all male contest. 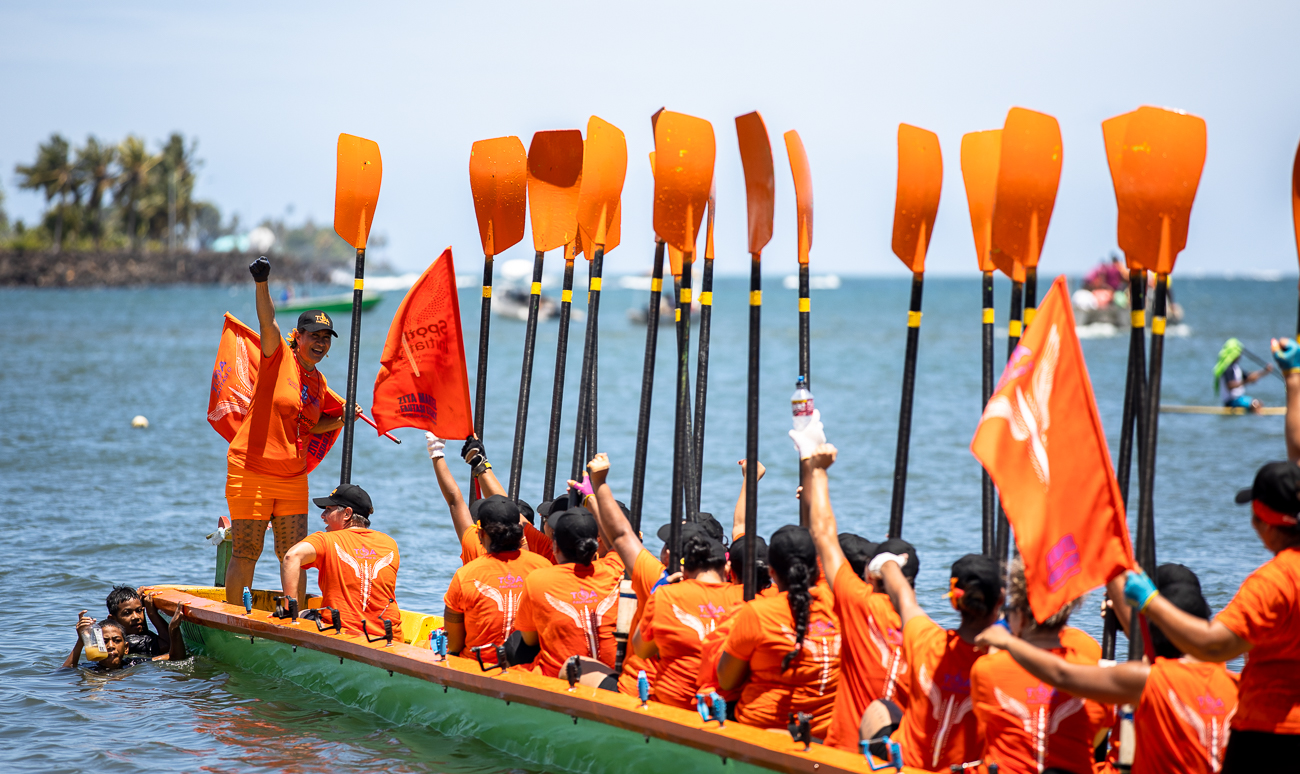 Looking back at their journey, Vaimasenu'u tipped her hat to her team, noting that they only started training in October.

“It was the support that we have received and through prayers from everyone that really drove us to do the courageous thing that we did today,” she said, adding that they were determined to do something incredible. 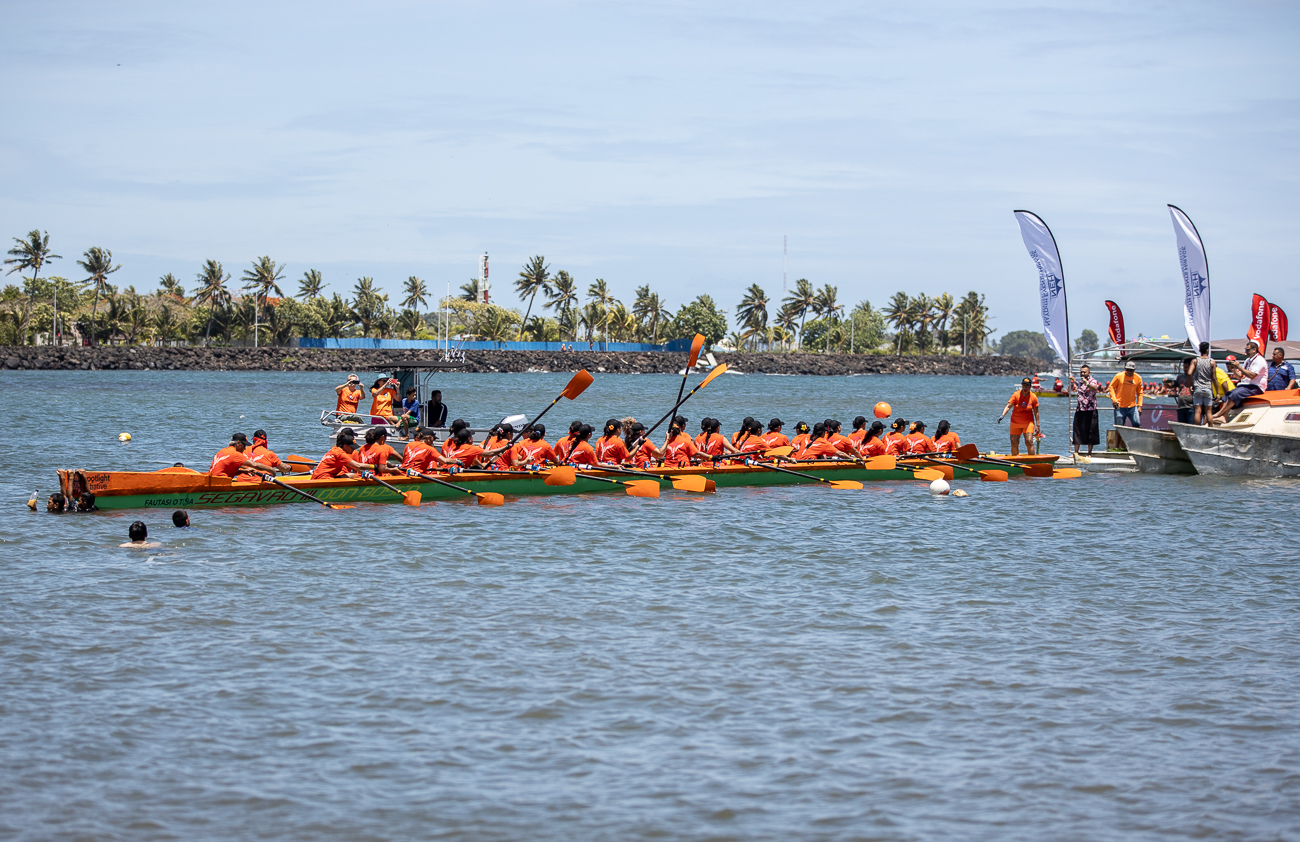 Asked if she had expected her team to do so well, she said: “We almost did it at the end. Our strategy and aim was not to come last, and if we were ahead then we will of course try to push.

“Everyone in my team were new to longboat racing and having to teach them how to row and work together as a team of 36 on the boat, it was all new for them to be together on one long boat and try to go together. 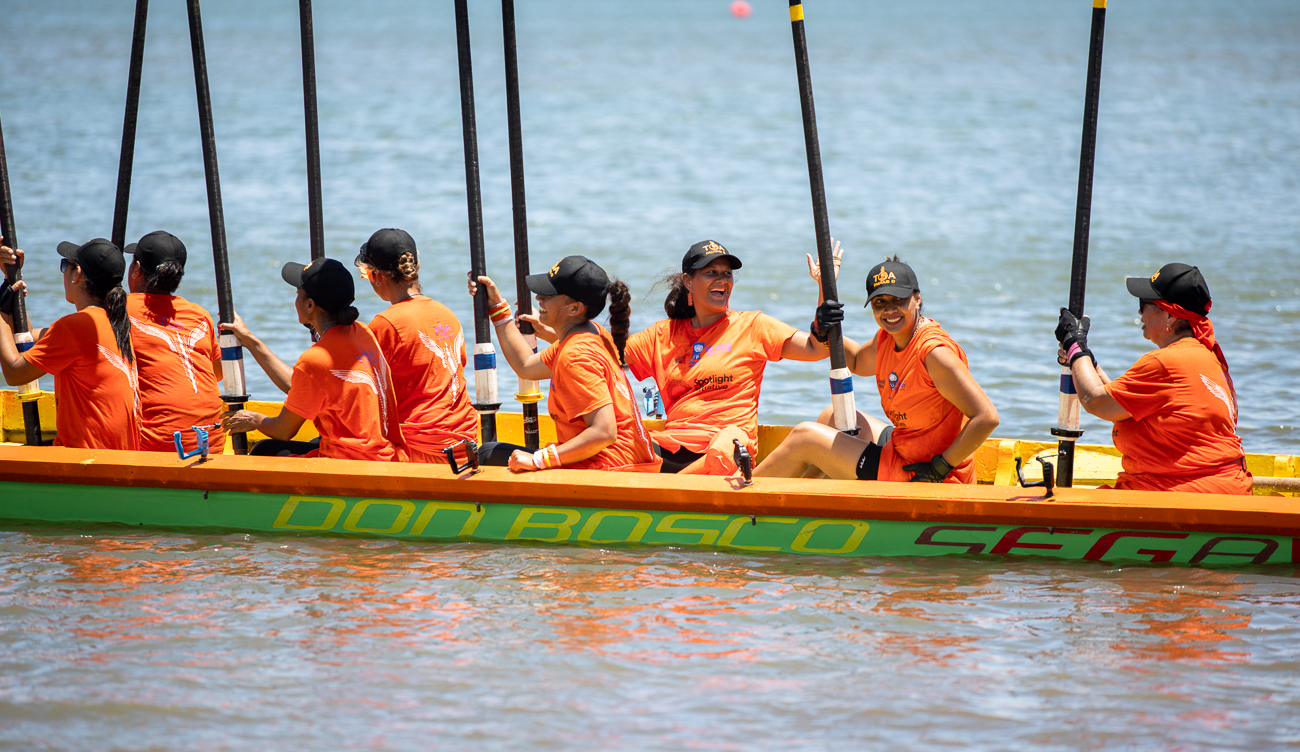 “The challenge for me was to get them ready to a standard where we performed really well and that was my goal.”

She added that she pushed her team really hard during the training.

“I told them that we’re not going to go in this as a joke, we’re going into this because we’re proving that women…we have been given a chance to step into a sport that is specifically for men on the ocean, so take the chance, this opening and prove that we can do it just as well and that was our goal. 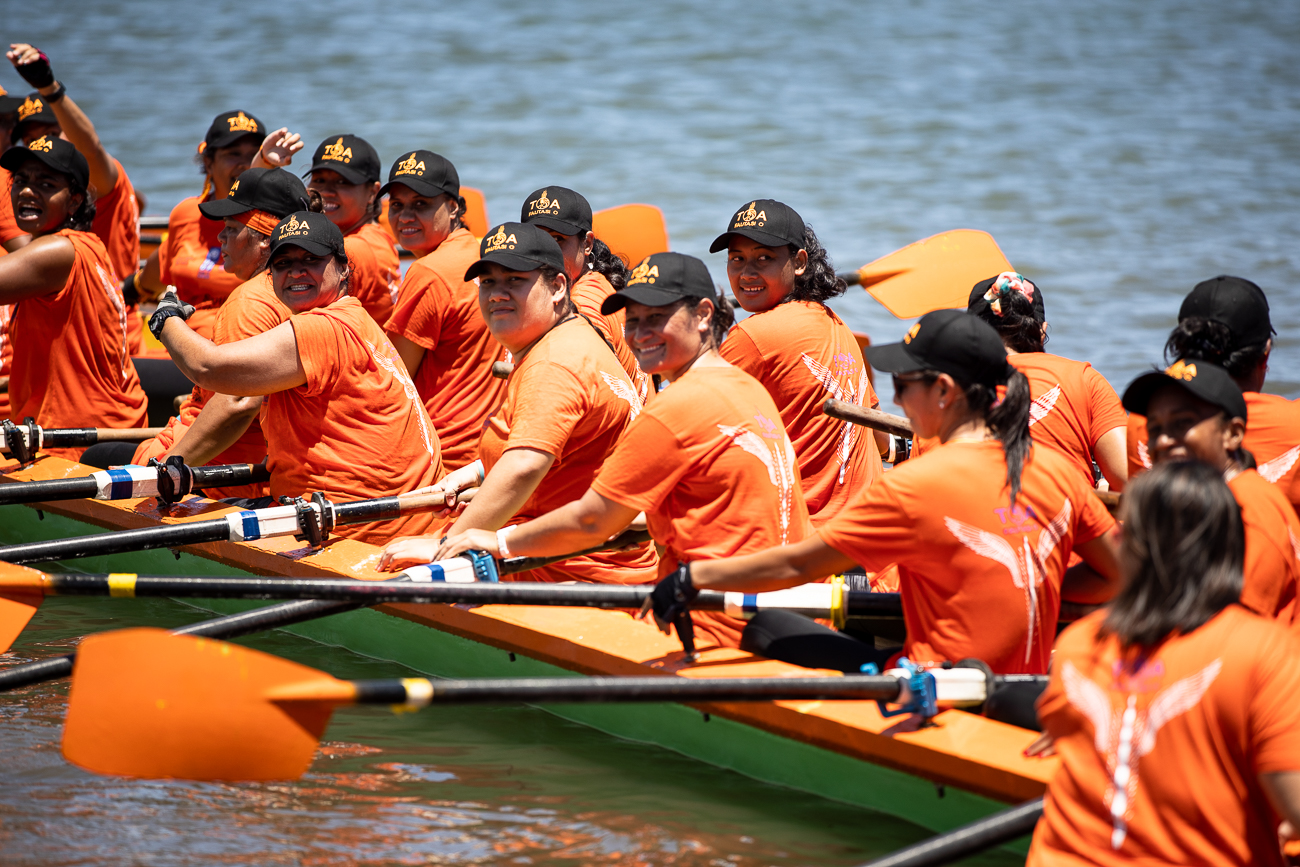 “We were the representatives of Samoan women; we have successfully achieved so much thanks to our people’s prayers and support. I told the ladies that this is a historical moment in their lives; you have to write your names in the history books but write it well.”

Furthermore, she added that longboat racing was a man’s sport but her team committed to the challenge.

“And I brought my 20 years of experience as a skipper as well.”

The all women crew skipper shared that she was nervous for taking up the challenge.

“But I was also excited because it was something that I have been thinking and dreaming about. For a long time, I have been the only woman in the sport, for 20 years, and I dreamed about this time. I got the chance when I was issued the challenge from Marist.

“They expected a team from Don Bosco and I said, oh no, I am bringing a team of all women, it was a beautiful surprise for them. The challenge was issued by Marist on 7th of October and we started training from there, so today is the 6th of November 6, 2020.”

She also acknowledged the support from the Samoan people especially the Head of State and his Masiofo, church leaders, Prime Minister and also the support from Don Bosco not forgetting those in Savaii, Manono, Apolima and also American Samoa.

“And also I took this opportunity as an advocate against domestic violence because basically that’s the work that we have been doing with the Don Bosco boys, which was to take away the violence – the fighting that was happening.”

Asked about her crew competing in future races, she said that since they have started, they don’t want to discontinue.

“You can do so much; you can achieve the impossible when you are surrounded by love and kindness and when you surround yourself with that group.

“I have been a skipper for 20 years and have participated in so many races both locally and in American Samoa.”