The Associate Minister of Finance, Mulipola Laki Leiataua, is likely to withdraw a legal challenge he has lodged against the Office of the Electoral Commissioner for rejecting his candidacy for the General Election.

The decision was revealed by his lawyer, Magele Leone Su’a-Mailo, in the Supreme Court on Friday afternoon. This would mean that Mulipola, who is Aiga i le Tai's incumbent Member of Parliament, will not stand in the election.

Magele told the Supreme Court that the matter is unlikely to proceed but the Court will be advised about the final decision on Monday.

Acting Chief Justice, Her Honour Niava Mata Tuatagaloa, scheduled the matter to be heard on 11 November 2020.

Contacted for a comment, Mulipola said he would have to consult his lawyer first before he can make a statement.

The M.P. was also asked if his decision concerned a traffic offence he is alleged to have been convicted of, but he said no comment.

“I’m sorry I can’t comment until next week,” he said.

Another candidate who has also indicated his decision to withdraw his petition is I’a Sa’u Kaisara who is contesting the Lefaga and Falease’ela seat.

Represented by Magele, the lawyer said the matter is also unlikely to proceed. 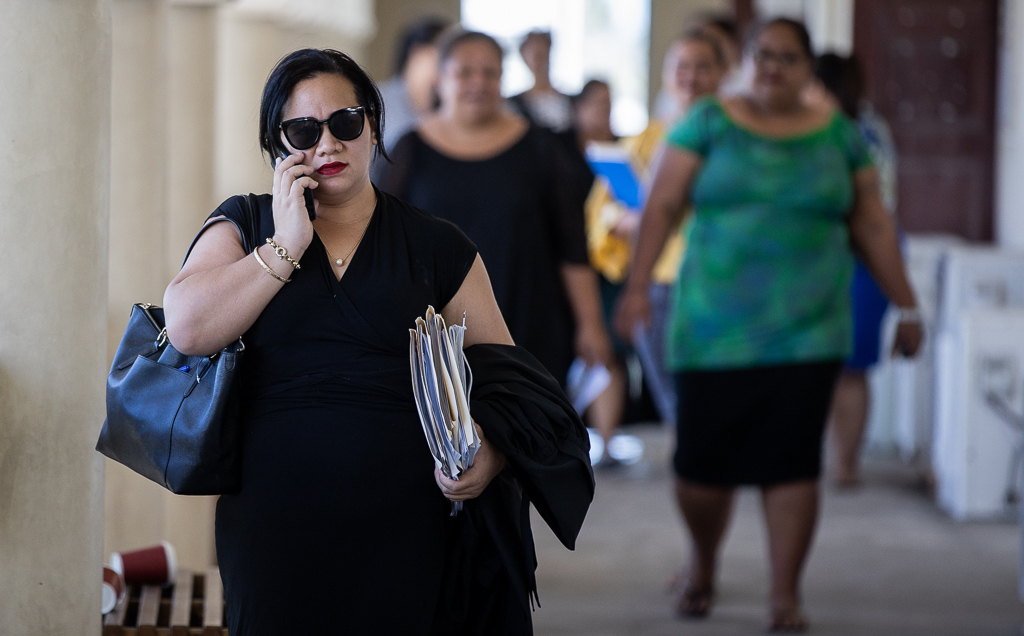 Acting Chief Justice Tuatagaloa said the matter will remain on the list for hearing on 23 November.

In a previous interview with the Samoa Observer, I’a confirmed he has a traffic offence where he was convicted and fined $400 tala.

He said the incident is in relation to him driving into a family’s hedge but no one was injured.

The hearings for the electoral petitions are scheduled before the Supreme Court in the next two weeks.

The leader of the Tautua Samoa Party, Afualo Luagalau Dr. Salele, has called on the Government to re-direct or cancel a repatriation flight coming from America due to increasing concerns over the number of COVID-19 cases in the U.S.

After twenty-seven years of service to the education sector in Samoa, one of the oldest Lecturers at the National University of Samoa, Seiuli Vaifou Aloalii Temese, has called it a day.