Miami Dolphins quarterback, Tua Tagovailoa, made a loud Samoan fashion statement before he debuted as a starter – and won – in Week 8 of the NFL.

With his pre-game outfit, Tagovailoa pretty much told the world that a Samoan was entering Hard Rock Stadium on Sunday.

A Dolphins video on Twitter showed Tagovailoa walking towards the Hard Rock parking lot wearing a white ie faitaga and an aqua and black dress men’s shirt with Polynesian designs.

Commenters made fun of his “ie faitaga,” on Twitter and some inquired about it.

Some called it a skirt, others asked why he was wearing a dress, and a few asked if it was a kilt or a robe.

Pacific islanders call the article of clothing a number of different things.

Worn by men in various Pacific islands like Tonga, Papua New Guinea and Samoa, it has various names. In P.N.G. they call it the “sulu” but Samoans call it the “ie faitaga,” or “sarong (or lavalava) with pockets.”

“Thank you Tua for reppin our culture. He is really wearing a "ie faitaga.” Culturally, we wear these on special occasions and more appropriately on Sundays to church. This being a special occasion and Sunday this is honouring what we are as Samoans. Faafetai lava,” Lepisi explained.

Another Twitter user said: “He’s honouring his roots in Hawai’i with the attire. Don’t hate one of the main reasons to have love for this man. He’s firmly grounded.” 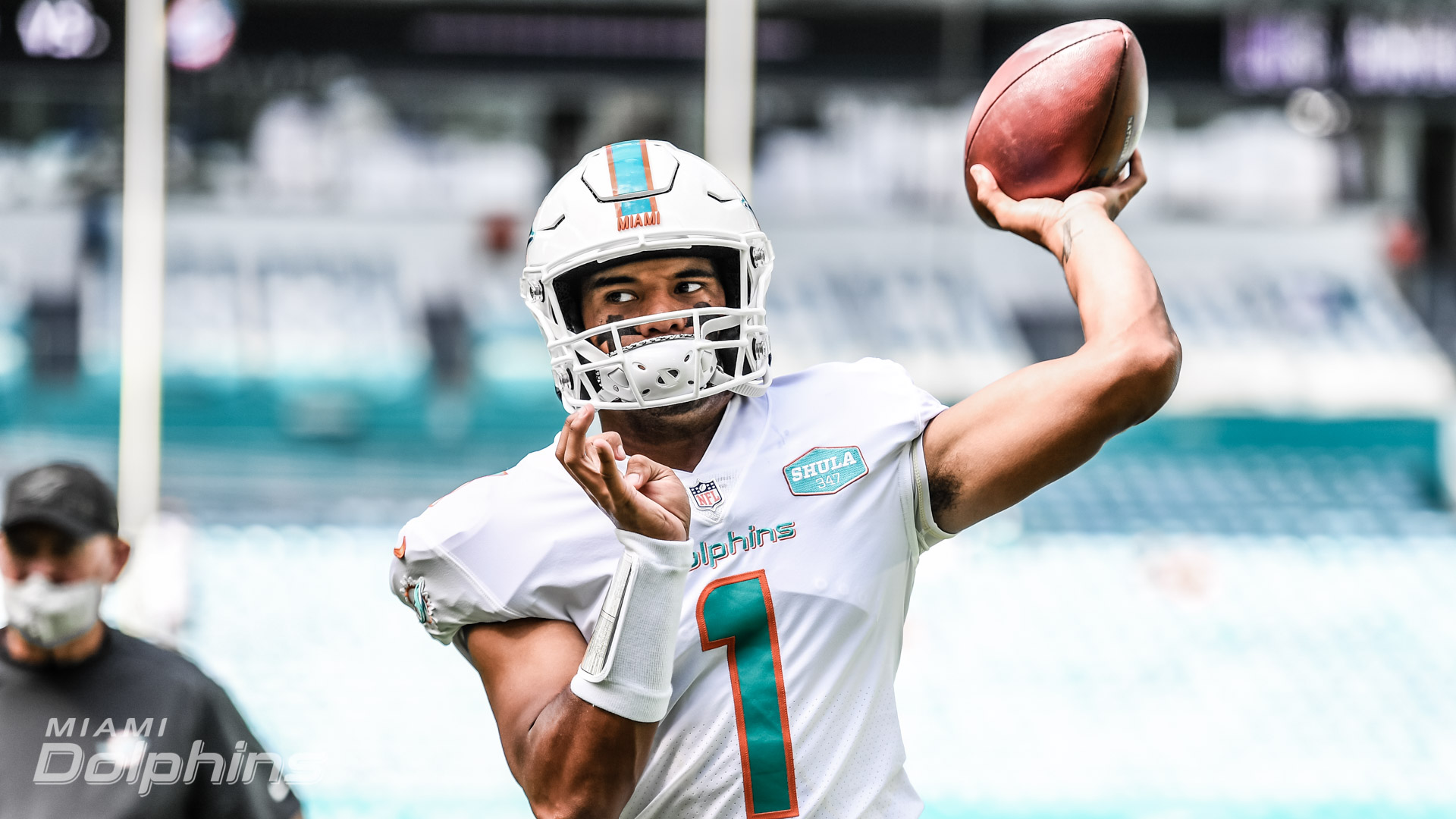 The video has gone viral and has had more than 1 million views.

In the video, Tagovailoa is seen fiddling with his cell phone which he places in his right side pocket.

“You know what I find shocking? He has pockets!,” one viewer observed.

Supporters of Tagovailoa called it “Hawai’i swag” and one has labelled him a “fashion icon.”

Later that day, the former Alabama Crimson Tide quarterback from Hawai’i clinched his first win in the NFL, leading the Dolphins to a 28-17 win over the Los Angeles Rams.

The Dolphins have decided to start Tagovailoa for the rest of the season and bench veteran quarterback Ryan Fitzpatrick, reports The Spun, an online news site.

“You wouldn’t think he was a rookie if you watched him in practice. The kid is incredible, and I’m looking forward to going out there and playing with him Sunday,’’ defensive end Shaq Lawson said.

“He’s everything you want in a quarterback,” wide receiver Preston Williams added.

The Spun said Tagovailoa was “rocking quite the outfit before his first NFL start.”

“Tagovailoa, a Hawai’i native, is channeling his roots with today’s pregame outfit. You love to see that from Tagovailoa,” the news site said.

“Hopefully that confidence and swag translates onto the field like it did during the quarterback’s time with the Alabama Crimson Tide.”

And that is how “The Tua Tagovailoa era,” as The Spun has dubbed it, began.

On Tagovailoa’s Twitter account, he shares a Scripture, 1 Corinthians 2:9, from The Holy Bible: “But as it is written, Eye hath not seen, nor ear heard, neither have entered into the heart of man, the things which God hath prepared for them that love him.”