Trump or Biden, focus in Pacific will intensify

Walter Lohman, the Director of the Asian Studies Center at the Davis Institute for National Security and Foreign Policy at The Heritage Foundation made the comments in response to questions from the Samoa Observer.

“Either outcome, a [Donald J.] Trump victory or [Joe] Biden, will mean an intensified focus on the Pacific Island region, including with Samoa,” said Lohman via e-mail.

The former President Barack Obama started the shift in focus towards the Pacific region, he said.

The Asian Studies Center is home to research fellows and scholars who develop recommendations to further American interests in freedom and security in the Indo-Pacific region.

“Trump has improved it during his four years in office. And I think Biden will continue the focus. It is just such a good bargain from the U.S. perspective,” Lohman said.

“The region is so important strategically – which Americans usually only remember when we have serious competition, like now with the Chinese – and it only takes small commitments of time, attention and resources to make a difference. I think Congress understands this, too.”

Lohman is a policy analyst focused on U.S. relations with its treaty allies in Japan, South Korea and Australia, as well as with India and countries of Southeast Asia.

He is also the leading voice at Heritage on the U.S.-Taiwan relationship, and is a close observer of China policy.

Lohman holds a bachelor’s degree in humanities from Virginia Wesleyan College and a master’s degree in foreign affairs from the University of Virginia.

“I also think you will continue to see cooperation among the U.S. and its allies in the region, especially the Australians and French, to improve their strategic positions, along with the security and welfare of the people there,” Lohman told the Observer.

Originally from Norfolk, he resides in Falls Church, Va., with his wife and three sons. 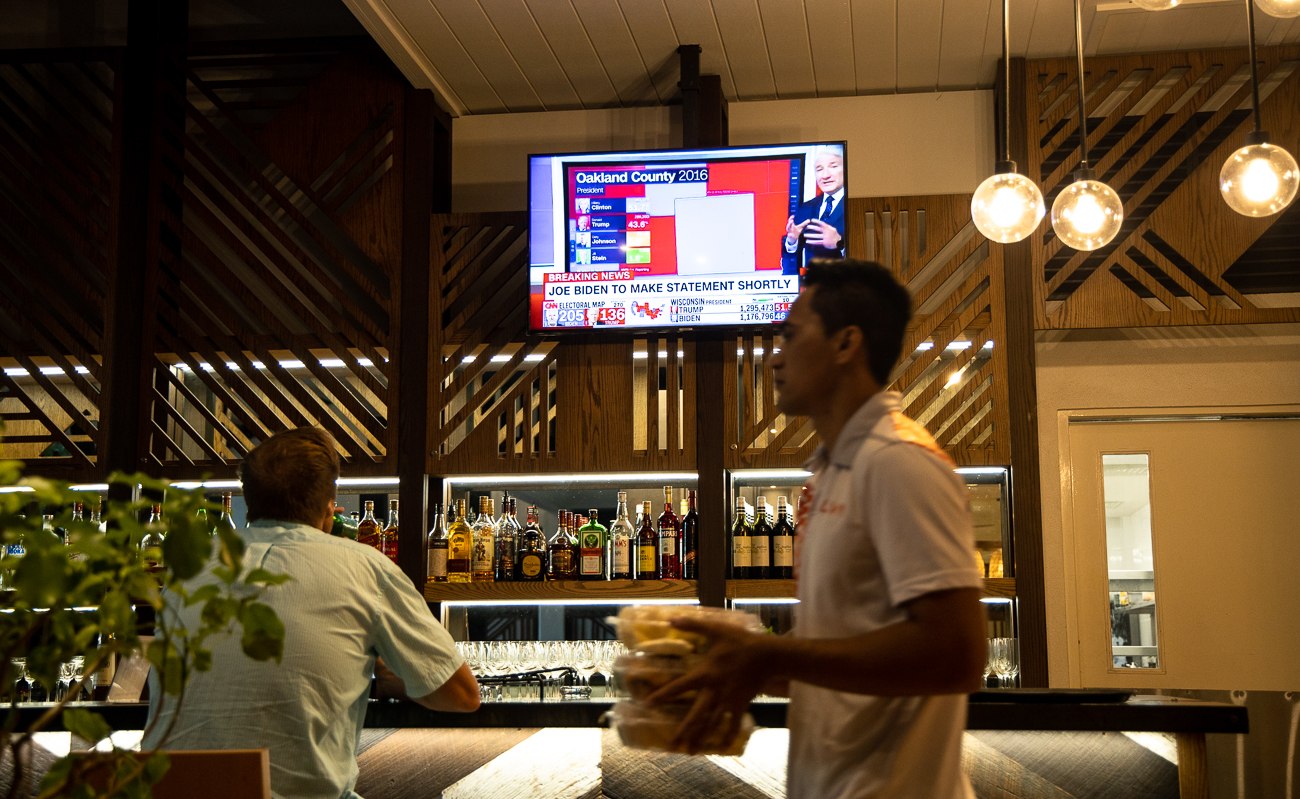 Benjamin Harding, a registered Virginia voter who lives in Samoa, said he did not vote in the 2020 elections and it was the first time he did not.

The former U.S. Embassy Samoa official was at the LAVA Hotel Bar on Wednesday night, watching the election results on CNN with a cold bottle of Taula beer.

He has lived in Samoa for 13 years and worked for eight and a half years at the U.S. Embassy.

Asked if he pictured a “powder keg” scenario brewing in the U.S. as shared by American Joe Merrick the previous day, Harding said it’s possible for bad things to happen.

“I think it’s possible for bad things to happen because if Trump wins the left is going to back and protesting and rioting again. That’s why everyone is boarding up their storefronts in American cities right now,” he said.

“They’re afraid of the riots coming back and if Biden wins I don’t think Trump is going to peacefully transfer power so either way we’re looking at a very rough couple of weeks or months ahead. I don’t know, we just have to see who wins and what scenario plays out.”

The last time Harding voted was in the 2018 midterm election. In 2016, he voted for Hillary Clinton.

“I voted Democrat last time. I didn’t vote this time so what does that tell you? The Democratic party has lost its mind. They are not the party I would vote for to lead me anymore they have lost their minds. I just hope for a peaceful outcome. I just hope it’s a legitimate election and everyone accepts who the winner is.”