Iulogologo Joseph Pereira, the Executive Assistant to American Samoa Governor, Lolo Matalasi Moliga, confirmed the building of the new wharf in an email to the Samoa Observer.

“The American Samoa Government is currently building a new wharf to meet the needs of the fishing vessels and pleasure vessels. Our Department of Port Administration rehabilitated its service which is handling vessels serving the two Samoas,” he said.

The Samoa Observer contacted the Governor’s office to inquire about the type of infrastructure investments the U.S. Government is proposing in the U.S. Territory.

The inquiries followed an announcement made over the weekend by Ambassador Robert C. O’Brien, National Security Advisor to President Donald J. Trump.

In a White House conference call with reporters, O’Brien announced plans for a $5 million study meant to counter Chinese aggression in the Pacific.

The U.S. Government wants to station a fast-response Coast Guard cutter vessel in American Samoa and two cutters in Guam.

The United States would also like to partner with Samoa and other Pacific countries in response to Chinese aggression on the open ocean.

“The implementation phase of the project will predicate on how soon the assessment will be complete. The initiative was just announced Friday so it will take time for the assessment to commence,” Iulogologo said.

“The details on when the funds will be invested to build the support infrastructure to accommodate Coast Guard Cutter are not determined at this junction pending the assessment that will be conducted.”

Governor Moliga was on the phone with Ambassador O’Brien on Thursday morning (local time) for about half an hour.

“The phone conversation was between the Governor and the Ambassador so I don't have any information on additional issues which were discussed,” Iulogologo added. 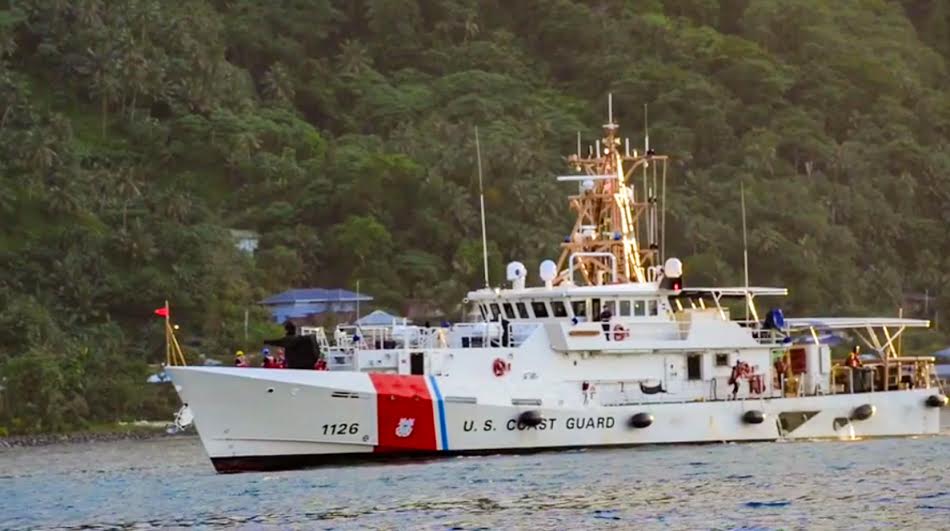 “I have not heard of any incident of an American Samoa based fishing vessel being harassed by the Chinese. For us in American Samoa, the fact that our cannery is buying fish from China undermines the stability of our canning facility with regard to competing effectively with the foreign canneries because of the high price of fish,” Iulogologo said.

A majority of the cannery workers are from independent Samoa.

“The Chinese fishing vessels are heavily subsidized which makes competition extremely lopsided. The Chinese investment in the Pacific is accelerating which gives it policy leverage in the Pacific,” Iulogologo added.

He told the Observer that a U.S. Federal Appeals Court recently overturned the decision of the lower court which granted American Samoa exclusive jurisdiction over 50 miles of its 200 Exclusive Economic Zone (E.E.Z.) to be reserved for the locally-owned fishing vessels.

“We are appealing the Federal Appeals Court Ruling,” he said.

Throughout the month of August of 2019, the U.S. Coast Guard Cutter Joseph Gerczak (WP 1126) participated in Operation Aiga to conduct fisheries law enforcement and strengthen partnerships in American Samoa and Samoa.

O'Brien said having Coast Guard cutters in the Pacific would allow the U.S. to expand and provide the opportunity to partner with like-minded nations of the region such as Western Samoa, the Cook Islands, Tonga, Tuvalu, Kiribati, Vanuatu, Fiji, Solomon Islands and Papua New Guinea.

A U.S. government official told the Observer that the Coast Guard has a range of partnerships with several of these nations going back for decades.