In a ceremony held at the ground floor of the S.N.P.F. Plaza five winners were revealed to an awaiting public.

The initiative was launched in celebration of Digicel reaching 100 per cent Long Term Evolution (L.T.E.) coverage across all company broadcast sites in Samoa.

(Long-Term Evolution is a standard for increasing the capacity and speed of wireless broadband.)

Entries opened on 25 September and closed on Tuesday, 20 October.

The initiative provides funding to help individuals or groups implement projects to uplift local communities at the village levels and the community as a whole.

According to the company’s Chairman, Fia’ailetoa Pepe Fruean, over 500 entries were received in three weeks; 263 came in online through gobigsamoa.com while over 200 letters were submitted to the Digicel Offices in Savai’I and Upolu.

Most of the winners were educational institutions requesting funding for resources such as laptops, books and computers to cater to increasing student numbers.

Don Bosco Technical Centre’s entry was seeking support to improve their vocational and technical education for an increasing number of students who need laptops to learn about technology amid the COVID-19 pandemic.

Another successful entry was from Satitoa. The Aleipata Catholic Church was seeking funds for sewing machines for village women who could take up sewing to generate income for their families. 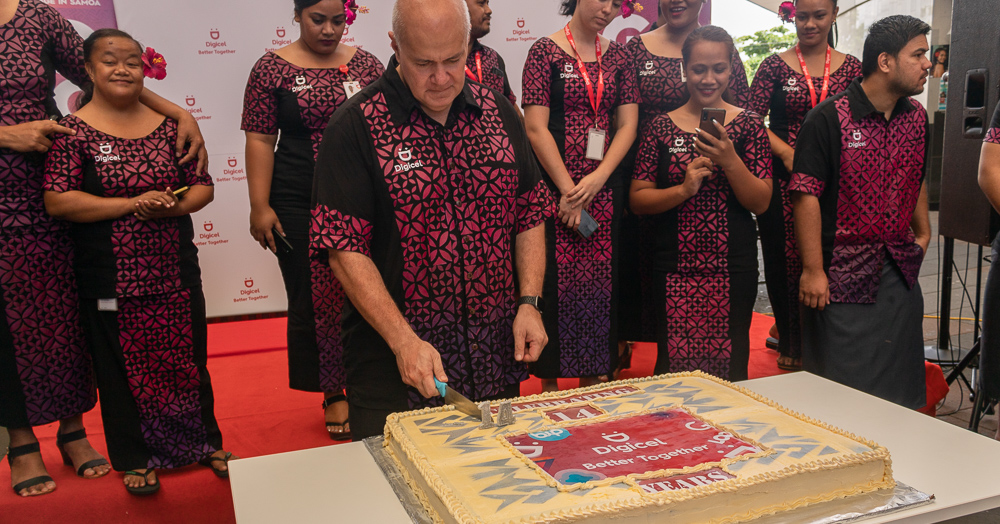 A representative from the Don Bosco Technical Centre spoke on behalf of all the winners to thank Digicel Samoa for the support.

“I noticed that there [several] entries [were] submitted, however, our entries have been successful and I believe that Digicel Samoa will continue on with their community support,” he said

“But I stand before all of you and want to extend a massive appreciation to Digicel Samoa for this generous support.”

The selection process was conducted in three phases with the criteria that projects were community-focused on either villages, schools, churches, or non-profit organisations.

Fia’ailetoa told the Samoa Observer that they will be going out to follow up these important projects. He also welcomed unsuccessful entrants to resubmit their applications.

“I think it comes down to how your project comes together and how it affects communities,” Fia’ailetoa said.

“I think a lot of people have a good idea but it wasn’t obvious to us how that idea translates to the wider community,”

Digicel Samoa was also celebrating 14 years of operation in Samoa. They will extend their support to 14 other projects which they say are worthy of notice. A total of $14,000 will be divided among 14 projects, with each receiving $1000 tala cash as a startup fund.

The five official winners were: