Speaking on the sidelines of a National Council of Women meeting last week, young women’s advocate, Taimalelagi Ramona Tugaga, said the organisation is best placed to tackle the issue.

“We feel our voices need to be addressed, those of who have been impacted, to find a solution,” Taimalelagi said of violence against women. “And what better platform than the National Council of Women, we need our gender to support our voices.”

Taimalelegai runs the Samoa Young Women Network and the Young Women’s Christian Association branch in Samoa, and joined the N.C.W. meeting as a voice for younger women.

She said while the organisations can do a lot with their events or awareness programs, the real progress comes from the village level, which they do not always have access to.

“We can do our programs and awareness using our minimal platforms, but we feel in order for us to be recognised we need to be included in the traditional settings where [the N.C.W.] are already established.

Samoa has among the worst rates of violence against women in the Pacific. In 2018, a national survey found 87 per cent of respondents had been yelled at, 86 per cent had been physically attacked and 24 per cent choked at some point in their lives.

The survey, conducted by the Office of the Ombudsman, revealed 60 per cent of women who had ever been in a relationship had been attacked by their partner.

One in five women in Samoa is raped by a non-family member, and one in 10 women are raped by their partner in their lifetime.

And of the women who are raped, the survey found a third contemplate suicide as a result, with 13 per cent of those women actually attempting it.

“Between 7 percent and 10 percent of women in Samoa may have considered suicide through rape within the family alone,” the report reads. 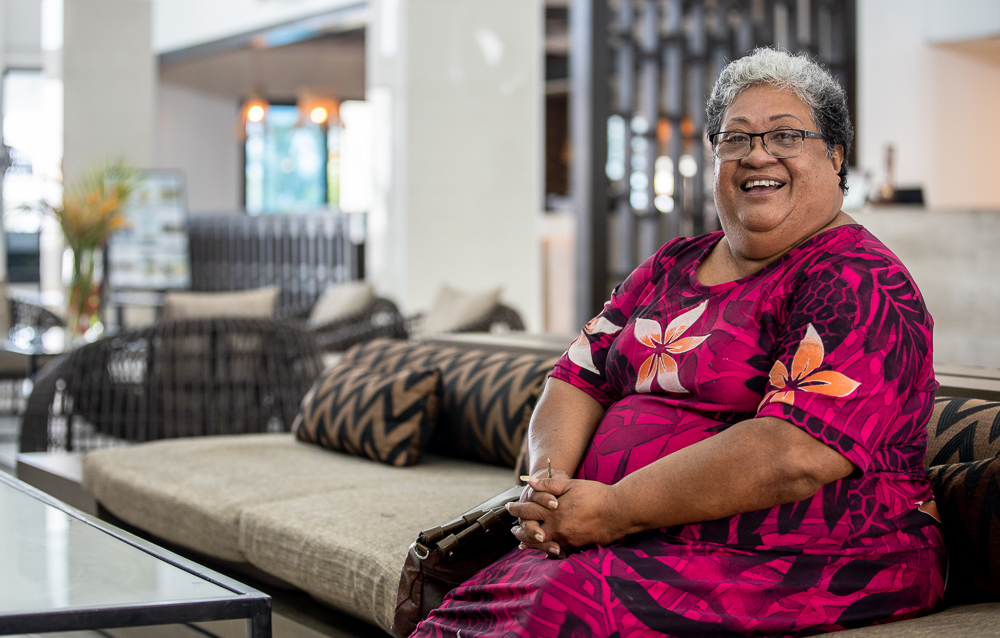 Samoa Umbrella for Non-Governmental Organisations (SUNGO) Board Member and long-serving N.G.O. worker Roina Vavatau said her solution to the rampant rates of violence is for more women to occupy more positions of power.

“If we want to move forward we have got to start constructing a future we want,” she told the Samoa Observer.

“If we want a future where women are free, you don’t just walk into freedom, you work to a future that is free.

"We have to tackle policies, we need to have women in place making decisions for women, because they feel what we feel. It takes them sitting in those positions to be able to push things forward.”

Ms. Vavatau said she believes the N.C.W. can help women’s organisations better the situation for women in Samoa, and that more collaboration will make a difference.

“Whether it is politics, in the private sector, [it] would be very good to work with the N.C.W. because they have a footing in every village, in every district. That is a bonus,” she said.

While men in leadership roles can help advance women’s rights and opportunities, the fact is they are not women, she said.

“They can never feel how we feel as women. They cannot see it through our spectacles. They may be good, yes they can probably voice for us but we can’t we be a voice for ourselves?

“I don’t want to downplay the role men are doing but I put the onus on women themselves. We have got to be out there, and not depend on nobody.”

“Women themselves need to take a lead, and the focus should not be so much on women as victims, but women as community leaders and family leaders able to address these issues. It’s moving away from the victim perspective and towards taking on leadership positions.”