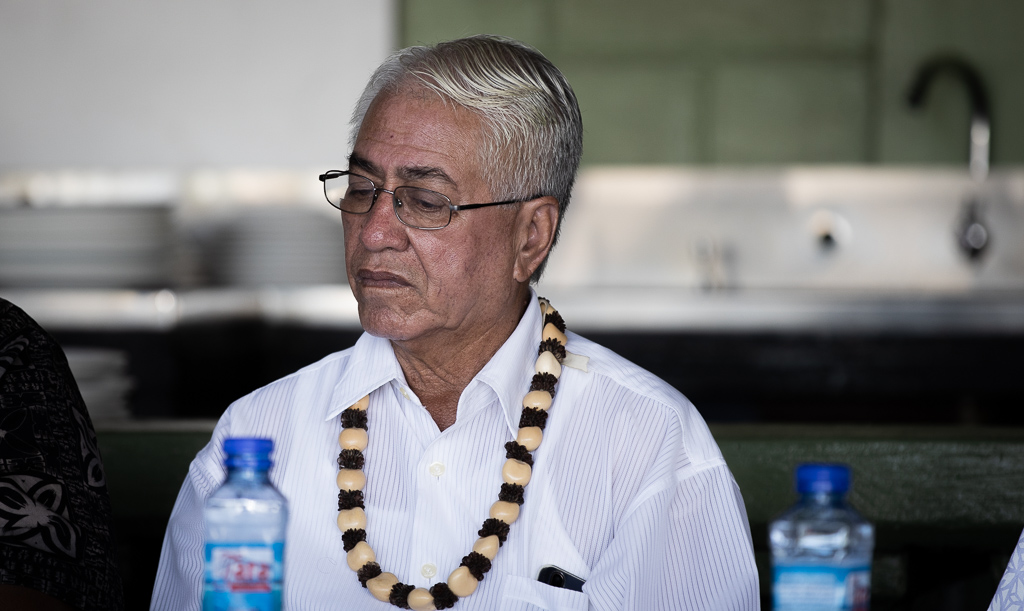 The 71-year-old said becoming a Member of Parliament is something that has been in his heart and mind for a long time.

The father-of-four told the Samoa Observer he has been trying for twenty years to achieve his goal.

Tiatia is flagging the Fa'atuatua I le Atua ua Tasi (F.A.S.T.) banner and is up against veteran Parliamentarian and former Cabinet Minister, Faumuina Tiatia Liuga.

Tiatia said he is focussed on his preparations.

"The first step is out of the way, and I am happy that everything went well," Tiatia told the Samoa Observer.

"Even though I am getting old, (but) desire to run for the election still sparks within me, hence why I keep trying."

In saying that, Tiatia said his aspiration "to serve" is the main factor that pushes him to keep trying.

"It's something that is deep in my heart, I want to represent my constituency in Parliament and serve my people while I am still strong and in good health.

"It's been 20 years since I try to become a Member of Parliament. All my attempts in the past were unsuccessful, but that does not stop or discourage me to keep trying.

"I am still sailing my canoe with the hope to achieve my goal."

Asked if he has the support and blessings of his constituency, Tiatia replied: "That is something I can comment on.  I'll leave it to the constituency, we will only find out after the elections.

"God already knows who the next M.P. is going to be and time will tell.  In life, we plan and make goals, but God is the only person who can make it happen according to His will."

Tiatia is well aware that the election race for the seat of Palauli-le-Falefa is not easy. However, his belief in God's timing is what gives him confidence and peace.

"Nothing comes easily in this life. The road to success is also filled with a lot of trials, you encounter a lot of difficulties along the way.

"You can not achieve something just by sitting around. You get bruised, fall down, and lose. But you have to pick yourself up and start moving forward. The hard work you do and the effort you continue to put in will eventually pay off.

"I have been a matai since I was a young boy, I was still in school when I got bestowed a matai title and I have been serving my family, and village since then.

"I am a true believer that everything will fall in place if it is God's will. And if it is His will for me to be the tofi (representative) of our constituency, it will happen."

Unlike other election candidates who have lists of things they promise to focus on, should they succeed in the upcoming election, there is only policy Tiatia is campaigning on.

He is pushing for a change to limit the Prime Minister's term to only two terms.

It was also why he chose to join the F.A.S.T. political party.

"The decision to run under the banner of the Fa'atuatua i le Atua Samoa ua Tasi (F.A.S.T.) political party was not something I made overnight.

"I have principles and values that I live by. So one of the things that I believe makes good governance is limiting the term for a Prime Minister in a country.

"I've lived overseas for some years and I have seen that a sign of good governance includes limiting the term for a Prime Minister to only two terms.

"Look at the United States of America, there is a message behind that policy and I think Samoa should also do that. When someone holds the power and authority for a long time, they become inconsiderate and overdo things without thinking about the people.

"I've been asked before to join the ruling Human Rights Protection Party, but there are some policies that I do not like which was why I never wanted to join.

"I am a person who is not easily lured into being a part of something I don't agree with."