A former Ministry of Justice and Courts Administration Assistant Chief Executive Officer, Ve’atauia Fa’atasi Puleiata, is preparing a career change after registering to stand in next April's election.

It will be his first time contesting an election and he will be doing so under the banner of Samoa's newest opposition party, Faatuatua i le Atua Samoa ua Tasi (F.A.S.T.) political party.

Ve'atauia, 63, from Maagiagi will be challenging the Minister of Works, Papalii Niko Lee Hang for the Vaimauga No. 3 seat in Parliament.

Ve'atauia said his areas of focus for improvement, should he win the seat, are education, health and the Police Service. 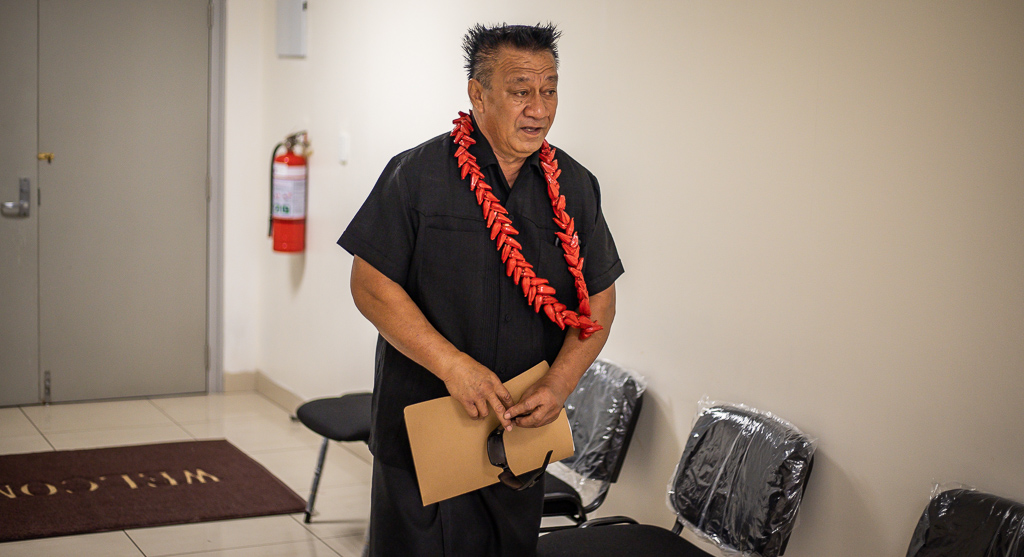 "Right now I have not determined exactly what I will focus on should I become the Member of Parliament, but definitely the education and the health and welfare of our people," he told the Observer.

"Another area I shall look into is the improvement of the service of the Samoa Police Services both men and women."

He is the father of three children.

Last year, Ve'atauia was suspended for five months in connection to a Public Service Commission (P.S.C.) inquiry launched in August 2018. He was reinstated in September, 2019.

The inquiry was initiated by concerns surrounding the security and release of Court files from the Court to the Office of the Minister of Justice and Courts Administration, Fa’aolesa Katopau Ainuu.

The P.S.C. extended the scope of the investigation to look at internal policies and procedures on managing the use and access to government vehicles and other assets.

Ve'atauia faced P.S.C. charges, accusing him of misusing Ministry vehicles, driving a government vehicle without a valid driver’s license – among other allegations.

This inquiry led to the termination of contract for the former C.E.O., Papali’i John Taimalelagi, and former Assistant C.E.O. Galuo Serah Skelton.