The Office of the Deputy Prime Minister is currently undergoing maintenance for its new tenant. (Photo: Aufai Areta Areta)

And the Minister of Finance, Sili Epa Tuioti, could move in closer to Prime Minister Tuilaepa Dr. Sailele Mailelegaoi and other Cabinet Ministers.

While a decision has yet to be finalised, the Chief Executive Officer for the Ministry of the Prime Minister and Cabinet, Agafili Shem Leo, confirmed that the Ministerial office could soon be occupied by another Minister.

“It is most likely Sili [who will occupy the office],” said Agafili during an interview with the Samoa Observer.  “The whole idea is to mobilise [the Cabinet Ministers office] especially when they meet.

Attempts to get a comment from the Minister of Finance, Sili Epa Tuioti, were unsuccessful. 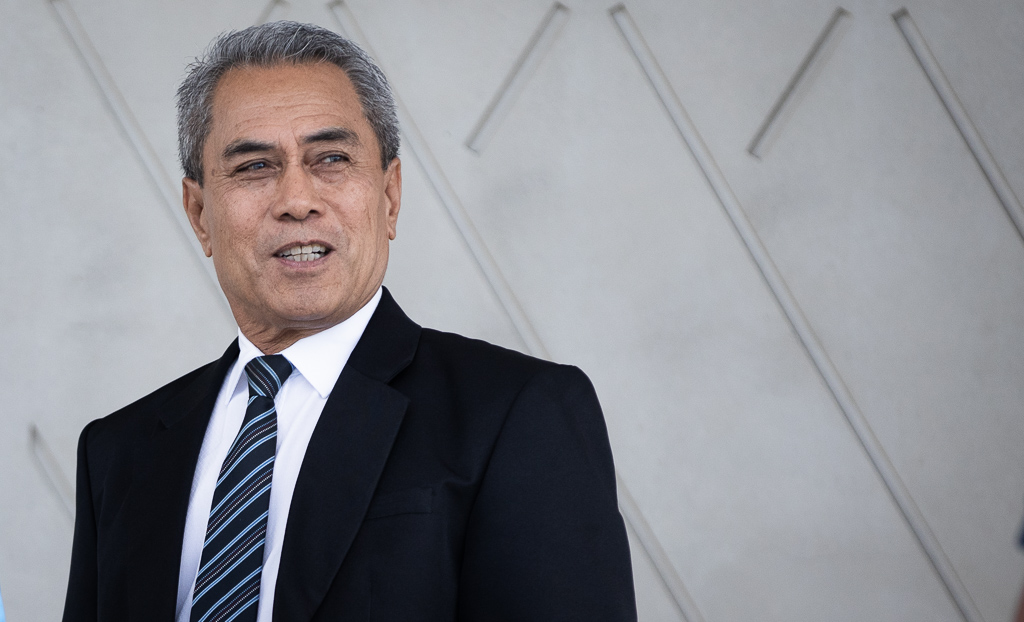 The Minister of Finance’s current office is located at the Central Bank of Samoa. It had also undergone major renovations when he came into office.

Aside from Sili, the only other Cabinet Minister whose office is not located at the F.M.F.M. building is the Minister of Works, Transport and Infrastructure, Papali'i Niko Lee Hang. His office is at the Tui Atua Tupua Tamasese Efi building at Sogi.

According to Agafili, it is only appropriate that all Cabinet Ministers are housed in the same building so they are close enough together when Cabinet meets.

The offices of 10 Cabinet Ministers including the Prime Minister are all located at the F.M.F.M. II building on floor 4 and 5.

Asked how much the renovation works at the Deputy Prime Minister's office costs, Agafili said the Ministry of Finance are the landlords and they will have that information.

“No one can do any works in this building without the approval from M.O.F.,” he said.

“Even myself we are renting here and like other ministries we have a lease agreement that we can’t paint or repair [without approval].”

Furthermore, Agafili said the preparation works for the former Deputy P.M.’s office is to ensure the office is in “workable conditions” and given “maintenance” that it needs.