More than 70 candidates enlisted for next year’s general election on the first day of Upolu registrations Friday, nearly half of whom were from the Human Rights Protection Party (H.R.P.P.).

A total of 71 candidates registered on Friday: 35 were from the ruling H.R.P.P.; 28 were from Fa'atuatua i le Atua Samoa ua Tasi (F.A.S.T.); five were from Tautua Samoa and three independent candidates, the Electoral Commissioner, Faimalomatumua Mathew Lemisio, confirmed.

Friday was the first day of candidate nomination in Upolu, following three days of processing candidates running from Savai'i.

The Office of the Electoral Commission (O.E.C.) held its registration at the S.N.P.F. Plaza in the Ministry of Public Enterprise conference room, opening their doors at 9 am to potential candidates.

But the opportunity to register was not limited to only those five constituencies; candidates from as far away as Savai’i were also seen registering.

On the final day of the Electoral Office’s registration session in Savai’i, on Thursday, a total of 47 candidates registered. Seven were female; three are independent candidates.

Two weeks have been allocated as the nomination period for candidates, from 13 to 23 October 2020.

Aside from candidates themselves, supporters and well-wishers also attended the registration events.

Some candidates were seen running in and out of the office while awaiting a village chief or missing documentation. 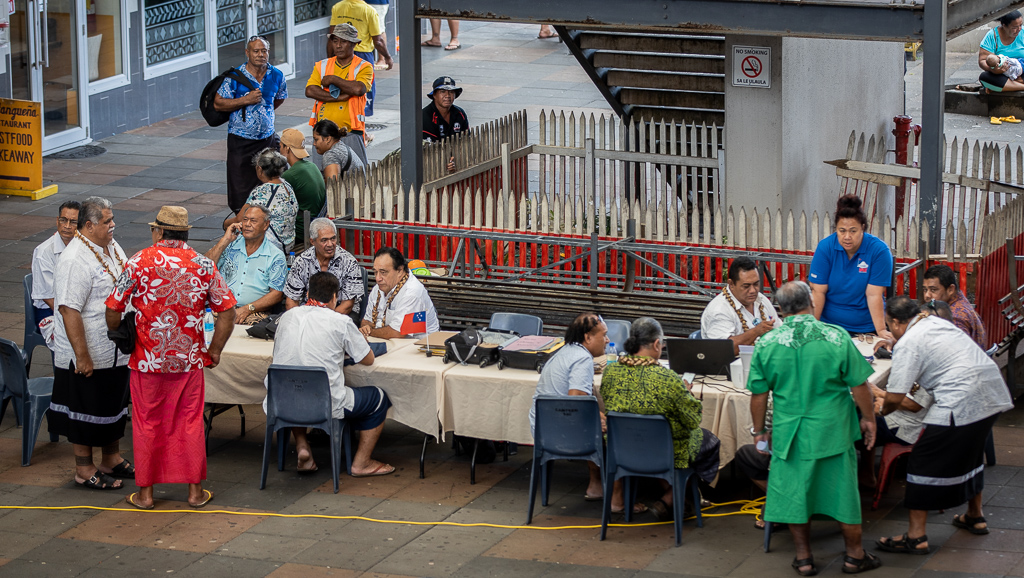 F.A.S.T. used the ground floor of the S.N.P.F. plaza as a base and an initial stop for candidates who intended to sign up to stand for Samoa’s newest political party.

According to F.A.S.T.’s leader, La’auli Polataivao Schmidt, the base was to ensure all candidates were entering the registration room prepared, checking and ensuring their paperwork was complete.