The journey of moving from a victim of domestic violence to a self-confident survivor is one of the aspects being promoted by a European Union-funded project to promote gender equality in Samoa’s villages.

The Nofotane Sustainable Income Project is currently being rolled out and led by Samoa Victim Support Group (S.V.S.G.) and funded by the European Union.

One of the highlights for nofotane (married women living with their husbands’ families) participants in the project was the sharing of ideas and success stories with each other.

It is designed to address the stigma associated with women who marry into families and geared towards promoting their empowerment, including through increasing their economic opportunities. 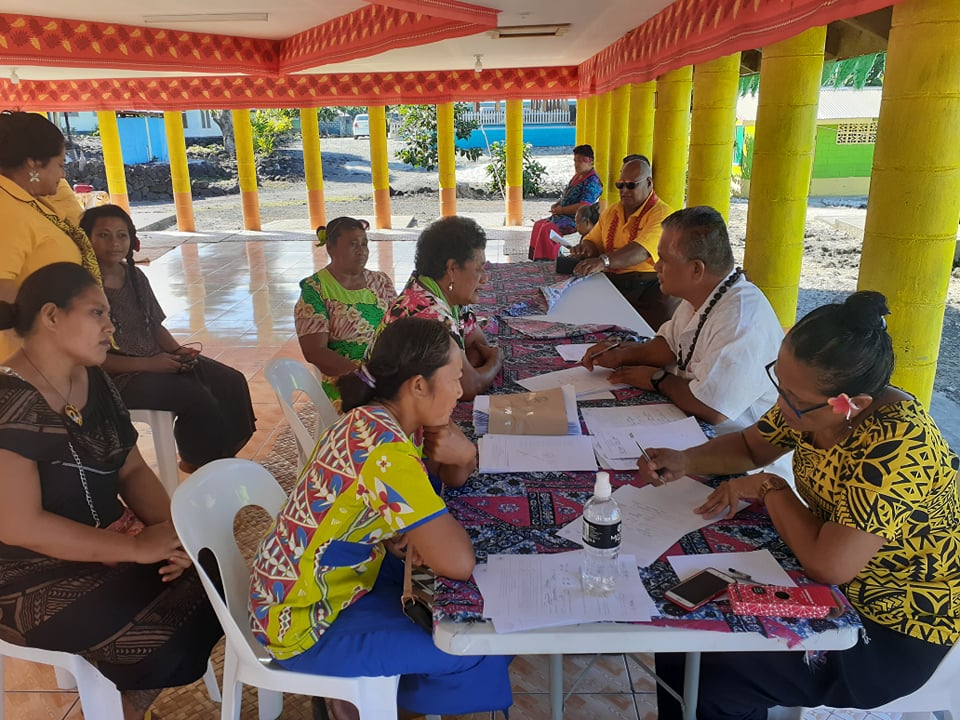 The self-esteem workshops are continuing in village communities.

The eighth such session was held at Vaipu’a, the Itu Salega constituency on the southern side of Savai'i.

The broader programme strives to provide women with sustainable income generation opportunities – and overcome challenges such as a lack of resources to support their businesses, and the absence of confidence to maintain the momentum for self-employment.

Included in the workshop discussions were opportunities for creating market opportunities, improving the quality of the products they produce, support networks amongst women and financial literacy. Gaining an understanding of these areas should help the nofotane women with the sustainability of their respective income-generating activities.

Among the 35 participants were 13 new members who joined the workshop as they were motivated by the positive changes they have observed not only on the nofotane women themselves, but also their families.

A common challenge faced by women in the project is a lack of market access for their products.

Establishing a Nofotane Online Market is one aim to address participants' difficulties.

According to the Programme Manager for the Civil Society Support Programme (C.S.S.P.), Christina Tauā, and her team joined the workshop.

One of the participants is 60-year-old Malaetele Mulivai of Fogatuli, who was challenged by the programme that she can do anything that she sets her mind to.

She started on commercial cooking, utilising the baking skills she learnt from the Nofotane Programme in 2018 into practice.

Mrs. Mulivai is a proud self-employed nofotane baker, delivering her products to the school canteen as well door to door service around the village.

Another participant, 54-year-old Oriana Faapito of Faia’ai shared how she lost her sense of self-worth and nearly gave up life, when her husband left her and five children.

In 2018, she joined the Nofotane Programme and it helped her rebuild her self-esteem.

Despite the difficulties, she took it step by step, and smiling through tears, after coming a long way.

Mrs. Faapito added success is bittersweet because she worked hard selling banana chips, handicrafts and vegetables to feed her children and put them to school and also cared for them when they were sick.

“I never thought that I could have a bank account, but now I have enough from my sales to put aside money as savings,” she said.

The S.V.S.G. President, Siliniu Lina Chang, stated that without the financial support from the European Union through the Government of Samoa and the C.S.S.P., S.V.S.G. will not be able to support the sustainability of the nofotane women’s income generation activities.

“As such, we say thank you on behalf of the nofotane women under the Programme.”