Samoan artist, Dr. Léuli Eshraghi, is featured in a digital exhibition by the Australian Centre for Contemporary Art, with his multimedia piece of poetry, digitised siapo cloth, film and a wealth of Samoan art archived online.

Their work, titled AOAULI (which means midday), is in two sections: one is part video of Dr. Eshraghi himself and a poem they wrote laid on top of digitised and recoloured siapo cloth, and the second is an archive they collated of “Samoan hxstories of visuality” to be a Samoan centre of contemporary art.

It is the second in a larger series and not likely to be the last, Dr. Eshraghi said, as they continue to explore the theme of time in their work.

Speaking to the Samoa Observer, Dr. Eshraghi said the inspiration for the work came from a desire to be grounded in Samoa, though separated from the country.

Asking how to feel connected to their family with the borders closed, they found themselves drawn to Samoan artefacts in the world’s museums and galleries.

“I spent maybe three or four days looking at 4000 bark clothes from Samoa, and lots of different objects collected from the 1700s to the 1960s.

“Having a digital relationship with these objects made by our ancestors really anchored me and helped me feel connected to Samoan culture even though I was the only Samoan in this small mining town of 4000 people cut off from the rest of the world.” 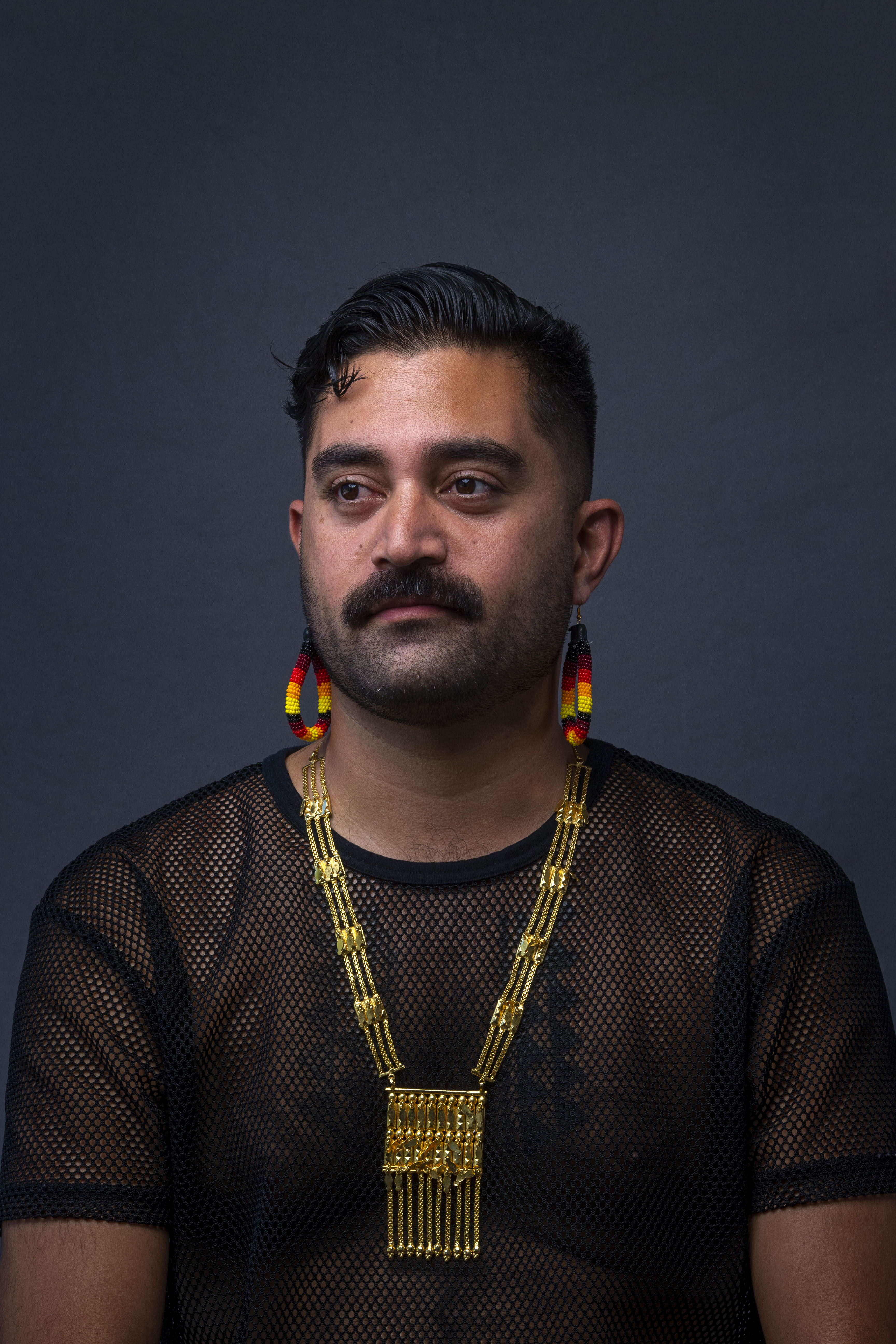 Before the pandemic hit, Dr. Eshragi and their partner lived in Montreal, Canada, and had travelled to Australia for a visit earlier this year when the borders closed and they found themselves unable to return north.

Dr. Eshraghi had hoped to visit Samoa on this journey out of Canada to spend time with his 93-year-old grandmother Mano Natia Fa’ase’e Tautua (Si’umu and Leulumoega), but she sadly passed away in Samoa’s closed borders and he was unable to return to her.

“For me it’s a way to honour her as well, and lay a claim online to being one of her descendants, to be part of the family of my grandma.

“My strength, artistically, comes from my grandma being a weaver and she worked with bark cloth a lot.

“I don’t know when I will be able to return to Samoa and it’s hard for myself and for many people around the world to be disconnected physically. I hope that this project […] can be an anchor in that way.”

Dr. Eshraghi’s is one of six works commissioned for the exhibition A.C.C.A Open, alongside those of Archie Barry, Zanny Begg, Madeleine Flynn and Tim Humphrey, Amrita Hepi and Sam Lieblich, and Sean Peoples, and they worked with developer and designer Rowan McNaught on digitising their art.

Their brother Nadeem Tiafau Eshraghi, who is a graphic designer, helped Dr. Eshraghi with the bark cloth images.

“I wanted images of bark cloth from museum collections but randomised and made into drawings, I changed the colour palette as a background for the poem, which I have written based on what I imagine and hope will be the future in 2025,” they explain.

“It’s a poem written to now, from 2025. If things can change so much in six months, surely in five years’ time it can improve for the better as well.”

The video is shot in a seasonal lake south of Alice Springs. In the video, they incorporated some gestures from siva Samoa, but also some that speak to water, healing, and imaging Samoan bodies without shame and violence in the future.

“I really wanted for you to be immersed in the work, to ponder it and also to leave and come back.

“If you spend time reading all the archive, it would be a week because there is a lot of content there.

“The bark cloth work, maybe in five minutes you have seen the whole thing and read it.”

It contains links to over 100 pieces of work by Samoan artists of all kinds, and is likely the first of its kind. It took Dr. Eshraghi around a month to put together.

“I wanted to have three sections that didn’t align with western anthropological categories of what is valued,” they said.

“Rather than this is what ceremony is, or this is what household things are, how objects are classified in a museum collection, I wanted to have the opaque categories Faatinoga, Faamanuiaga and Faaleaganuu.

“It is not every Samoan artist in the world, that would be a lovely research project, but it’s a contribution […] I wanted to highlight the richness and the vastness of what everyone is doing.” 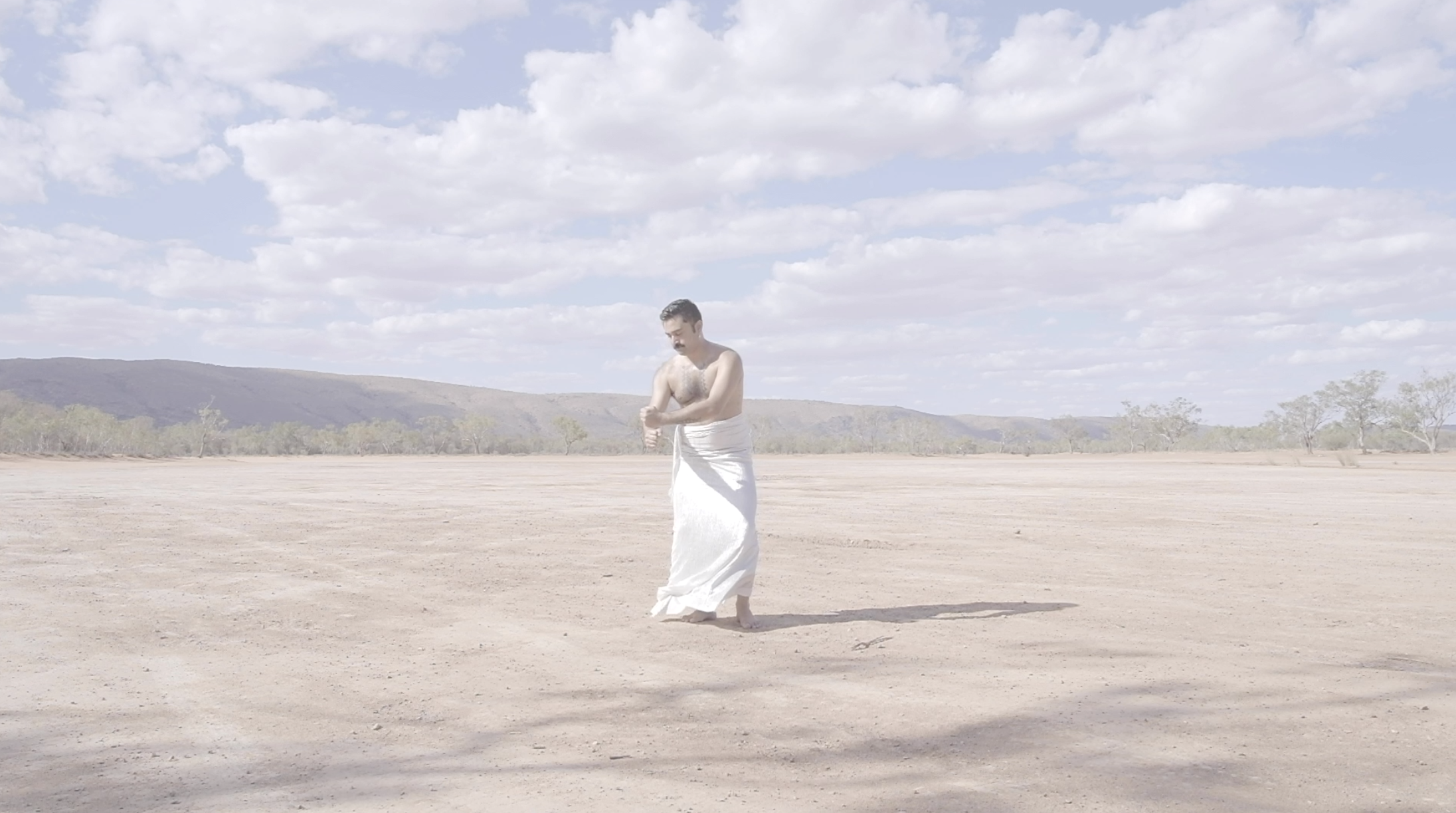 Dr. Eshraghi was born in Queensland and lived in Samoa for three years in the 90s. They said they hope the work will express how many ways there are to be Samoan, something that can be a source of frustration for overseas based Samoans around the world.

“You don’t have to perform your culture in any specific way, we have the right to express ourselves in different ways.

“Some of my artist friends who are Samoan make work that doesn’t use Samoan motifs and they ask does it mean it’s not Samoan? I think that is part of the sacrifice the previous generations had done in every family, which meant we have choice.”

You can navigate Dr. Eshraghi’s work via https://aoauli.acca.melbourne/ . For other work by Dr. Eshraghi visit http://leulieshraghi.art