On the final day of registration for the next general election, a surging crowd of voters eager to avoid a $2,000 fine showed no signs of slowing down.

By 4am on Thursday morning, a crowd had already formed at the doors of the Congregational Christian Church [C.C.C.S.] of Samoa Hall in Mulinu’u.

This comes before the Office of the Electoral Commission [O.E.C] has completed serving the rest of the citizens who had filled the S.N.P.F. Plaza the night before.

By 8.30am the O.E.C. opened its doors again to a crowd of Samoans, who had left their registration to the last hour.

And due to the registration rush, traffic had stretched all the way from the C.C.C.S. Hall in Mulinuu to Lepea, lasting up to late morning. 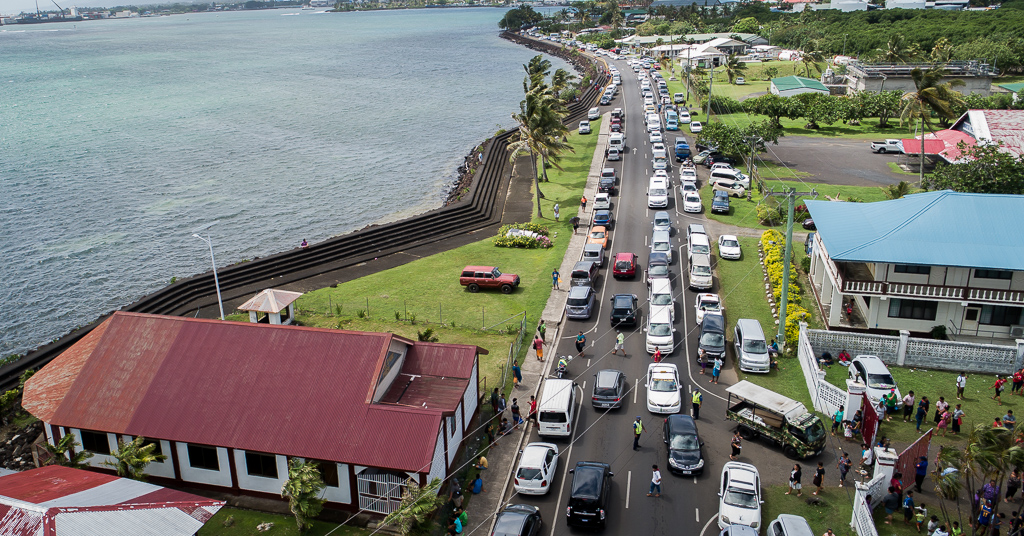 Again, there was no evidence on Thursday of adherence to the 2-metre social distancing required under state of emergency rules.

Hundreds who remained outside for most of the day were caught by the intense but brief afternoon showers in the afternoon.

Within the crowd were babies and members of the elderly. 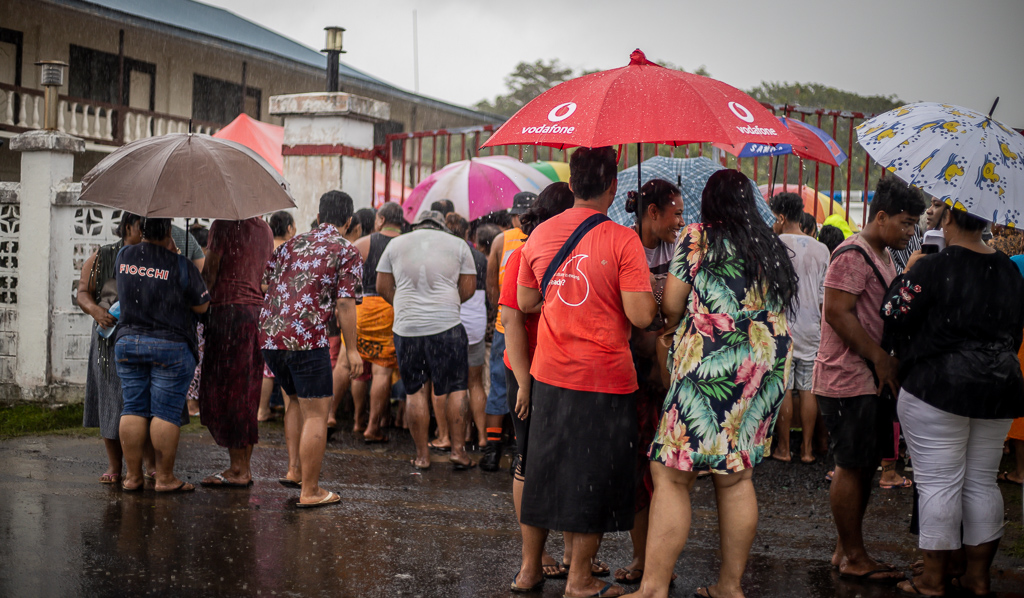 One mother at one point, during the pushing and shoving of the crowd, was asked to pass her toddler to the front of the line for a reprieve from the crowd’s building heat.

But by the time the mother reached the front of the queue her baby had disappeared.

The missing child was the cause of much distress, not only to its mother but the crowd of people around her.

It was only thanks to the power of Facebook and sharing posts that the mother and child were reunited. 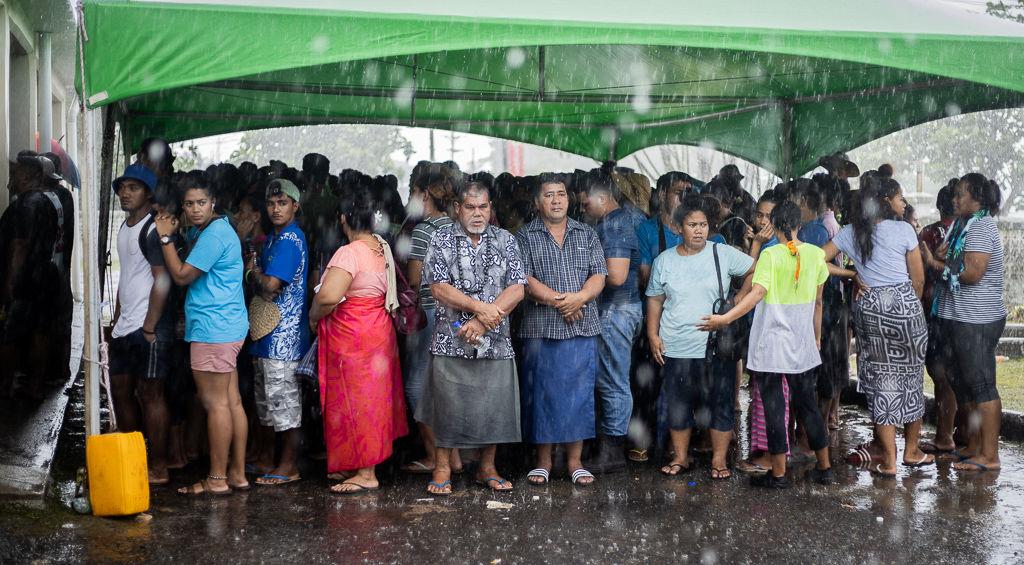 Meanwhile, more than 10 people were rushed to the hospital after passing out while waiting to register.

And according to officials, who spoke to this newspaper off the record, the hall displayed signs of damage from the crowd, including broken and damaged glass doors and windows.

An ambulance remained outside the venue, on standby for emergencies and a heavy Police presence there to ensure the peace.

The crowd were asked why it took so long for them to come in to vote. 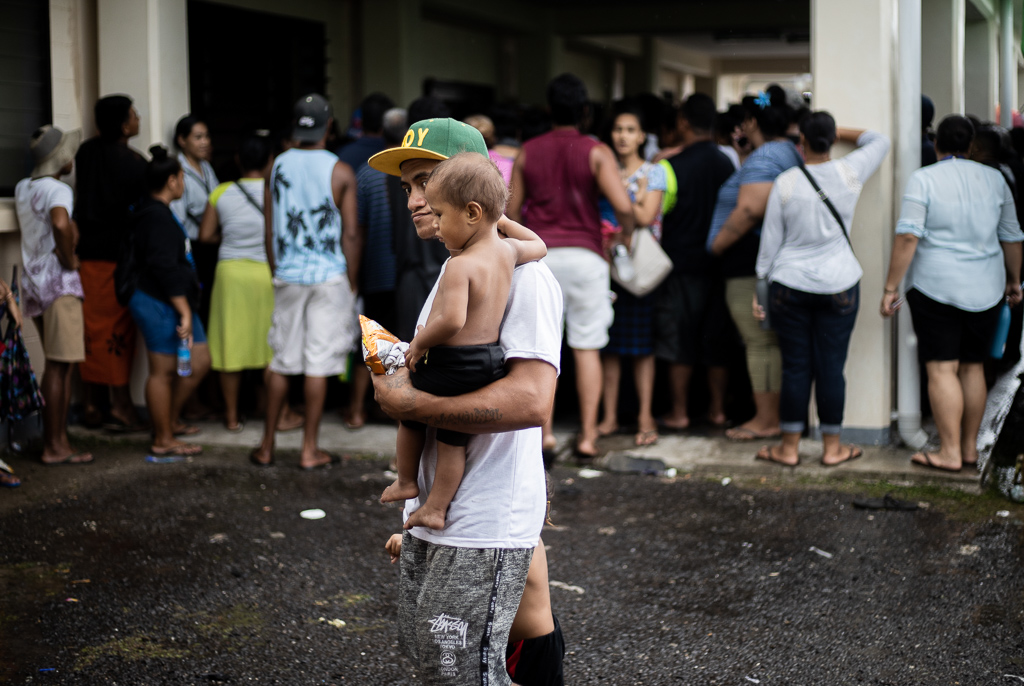 New voter, 21-year-old Meesohn Suafa, said she "did not know about the registration process and the fine.”

Pressed about the proactive measures taken by the O.E.C. including door-to-door registration and advertisements, she said she was "just not aware."

Many of the remainder on the premises were seeking to update their registration records to a different constituency. 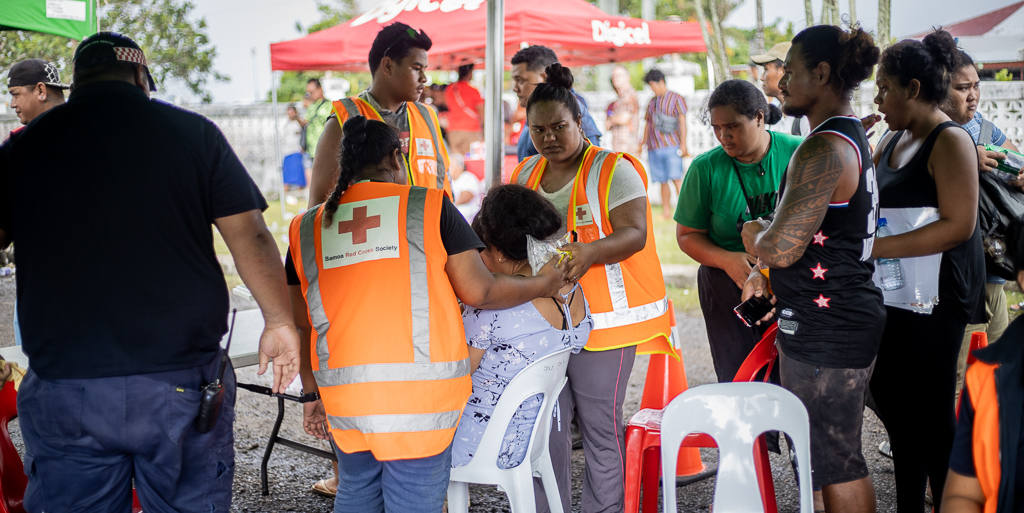 Speaking from experience in the previous general election, Mr. Ionatana said the last-minute crowd for the 2021 election registration was "something else".

"And we see that there has been some unruly behaviour; this is not good to see," he said.

"Whatever it is, they should be patient and act accordingly because at the end of the day, we had all left it until the last minute." 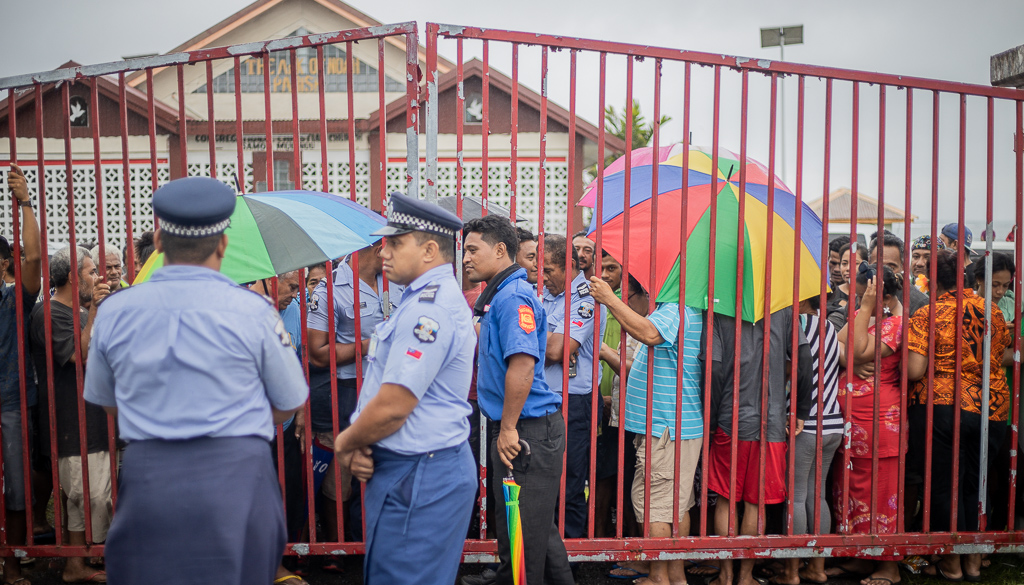 Before 2pm, green tents were erected outside the hall to accommodate the crowd remaining outside.

And by 3pm, heavy rain, lightning and thunder returned over Mulinu’u, forcing the crowd to squeeze into the tents as well as find shelter in nearby trees.

Speaking to the Samoa Observer, while squeezing under the side roof of the structure, young men from Aleisa joked about packing bags after 4pm and getting ready to live at Tanumalala Prison due to their inability to pay the $2000 fine for not registering.