The arrival of Pinktober this year comes with an added meaning for non-governmental organisation, Faataua le Ola (F.L.O.).

The group advocates against suicide has not only shown its support for the Samoa Cancer Society’s Pinktober campaign, they are also using the opportunity to remember their Patron, former Cabinet Minister and businessman, the late Hans Joachim Keil.

“This is not the first year we have supported Pinktober," a statement from the Group says.

"This campaign is very dear to us because our past chairman and patron, Hans Joachim Keil suffered and died from cancer not only him but all our family members and dear friends whose lives have been taken by cancer.

“Let us stand together as a nation to help those who are living with or battling cancer.

“Together we can inspire hope and peace in the afflicted and help them overcome their fears as they combat cancer.” 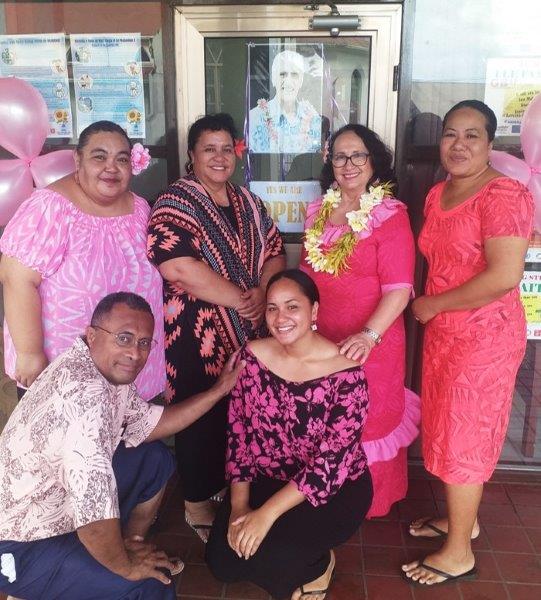 The F.L.O. staff showed their support by wearing clothes coloured pink and their office premises decorated with pink balloons on Thursday.

According to the Executive Director of F.L.O, Papalii Caroline Paul-Ah Chong, their organisation’s support is significant because cancer affects everyone.

“Everyone is involved mentally, emotionally and that’s why F.L.O. stands by cancer society and their campaign of awareness on prevention and seeking help before it’s too late,” added Papalii.

She also mentioned that F.L.O. is adamant about being supportive and being part of this campaign because it affects people emotionally and mentally and that is part of their work.

“If a family member is trying to cope with cancer, it’s very important that you seek mental health counseling or support.

“Calls us, we are about counselling a person and leading them to a safe place and we are also advocates for suicide awareness and prevention.

“Some people if they have too many problems with cancer they can revert and choose to end their life if there’s no help out there but we are here to help; you can call or come into our office.”

F.L.O. lends support to those who are living with and/or affected by cancer. Call its toll free Samoa Lifeline 800-5433 for help.