Families awoke an hour earlier, lit their umu and raced to get to church on time as clocks across the country moved forward an hour once again on Sunday.

It has been more than a decade since daylight savings laws were first passed.

But families are saying it makes little difference to their schedules now than before.

Father of three from Saina, Ioane Faia said daylight savings’ only impact is to the clock, which is now automatically set by the network.

Speaking to the Observer after a morning church service, Mr. Faia said the hardest part of the change was getting the children out of bed.

Mr. Faia said he isn't too worried about children traveling to school in the dark as his two boys and one girl attend the village primary school which isn't far from home.

"The only one who would be leaving home early mornings in the dark is me, for my shift at work. Otherwise, my children's school is close by and I don't have to leave home so early," he said.

"But it will be kind of difficult getting them to wake up an hour earlier from the time they are used to. But they are kids, we just have to wake them earlier than usual.

"It does not change much in terms of anything with our daily lives."

The spring of time an hour earlier also meant family outside kitchens had been lit earlier for the Sunday brunch umu (earth cooked food) in order to make it in time for church. 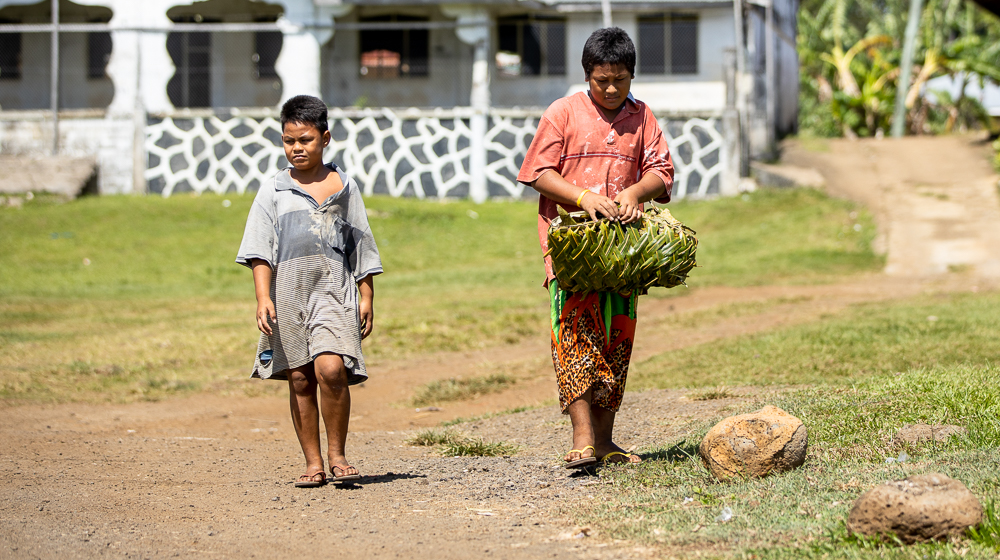 The idea behind the initiative implemented by the Government a decade ago  – through the Daylight Savings Act 2009 – in response to addressing a worldwide crisis at that time in fuel and food price increases.

The Government at the time stated the need for the readjustment of time to enhance energy efficiency, boosting leisure time , promote public health and increasing economic growth.

Despite statistics showing that the gross domestic product for the country has risen over the years, many members of the public have been outspoken critics of the policy.

But according to a 2018 survey of public opinion by the Ministry of Commerce, Industry and Labour members of the public supported the policy by a margin of 611 of 1110 respondents.

Most of the 499 who were against the initiative, they were mainly concerned about the start time for schools.