The Fijian Government has cut their contribution to the University of the South Pacific (U.S.P.), a move which has been labelled as “an assault” on students and staff.

Last week Friday, the university Staff and Students' Association wrote to Fijian Prime Minister, Voreqe Bainimarama, protesting that, by doing so, Fiji is “reneging on its commitment to its people and the region.”

The Government’s decision to cease their funding to the university, which is co-owned by 12 Pacific Island nations, came into immediate effect on 22 September.

The Government raised concerns about the lack of investigation into the serious allegations that were lodged by the Pro-Chancellor and Chair of the Audit and Risk Committee, Winston Thompson, against Vice-Chancellor and President, Professor Pal Ahluwalia.

The move sent shockwaves across the regional institution, headquartered in Fiji.

The University’s Fiji staff and students said the Fijian Government was holding them to political ransom and attacking the U.S.P. Council and Vice-Chancellor, Professor Pal Ahluwalia.

“It is apparent to staff that the [Attorney-General] and Minister for Economy is most supportive of Pro-Chancellor Thompson and [Audit and Risk Committee] Chair Mahmood Khan’s allegations against VC/P Pal),” the letter from students and staff says.

The Government’s cessation of grant contributions comes after a year-long saga of material misconduct allegations against Vice-Chancellor and President, Professor Pal Ahluwalia.

He was cleared of all allegations in early September following an investigation by the University’s governing council.

“Staff members firmly believe that the University Council, the U.S.P.’s governing body. should be where the member states take up their issues for discussion and resolution,” the letter states.

“It is poor governance when a single Member State of the U.S.P. Council attempts to dictate its course of action.

“The staff of the U.S.P. strongly objects to the [Attorney-General] and Minister for Economy’s decision to cease Fiji’s grant contribution to the U.S.P.

“This places the University in a critical financial position, jeopardising the education of Fiji students (80 per cent) and Fiji staff (80 per cent).

“This decision is viewed as an assault on the Fiji students and staff who, to date, in this COVID and pre-COVID-19 environment of 2019 have been able to continue their education and work with minimum impact under the current Vice-Chancellor’s prudent leadership and Council oversight.” 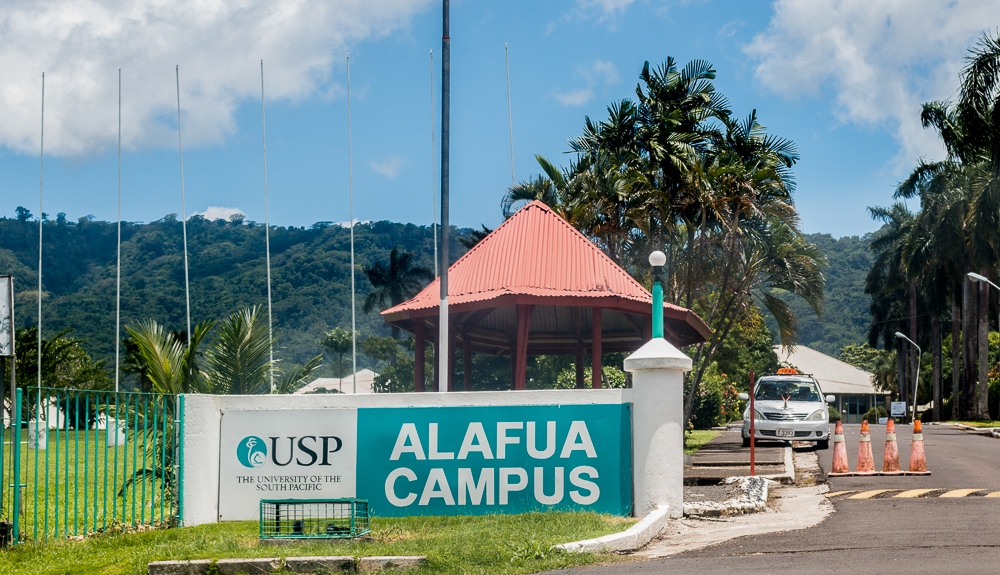 University staff and students compared the sudden move by the Fijian Government to the “cutting off U.S.P. students and staff legs at their knees” along with their lifelines amid COVID-19.

The letter noted that, to date, no staff member has lost a job; no student has been refused admission except for mandated academic reasons and there is an increase in student enrolments.

“The gravity of this decision and its implications requires serious reflection on the basis of the decision and in-depth reconsideration by the Fiji Government for the greater good of the students of Fiji and [the] Pacific.”

Minister of Education, Sports and Culture Loau Keneti Sio said the latest drama at the region’s university is proof Samoa needs to continue investing in its own institution.