Tuilaepa offered the gesture in Parliament on Tuesday where he wished Fiame well for her future endeavours. The Prime Minister said it is no longer a secret that Fiame had resigned and she was sitting on the other side of the chamber.

He said it is important for Fiame to be acknowledged because she has done a lot of work for the Government over the years they had worked together in Cabinet. But her decision to resign is part and parcel of life.

“This is the nature of these positions,” said the Prime Minister. “There are times when you work together and there comes a time when you turn your back on each other.”

In response, the former Cabinet Minister extended her thanks to the Prime Minister for recognising her service and her constituency for the many years. She said she is deeply grateful for the years she had served not only in Cabinet but the Human Rights Protection Party.

In addition, she asked Tuilaepa to forgive her for any shortcoming in the carrying out of her duties.

Fiame also thanked La’auli Leuatea Schmidt for reserving his seat in Parliament for her while he takes the back bench in Parliament.

She added it is a gesture worth noting for his respect for her. 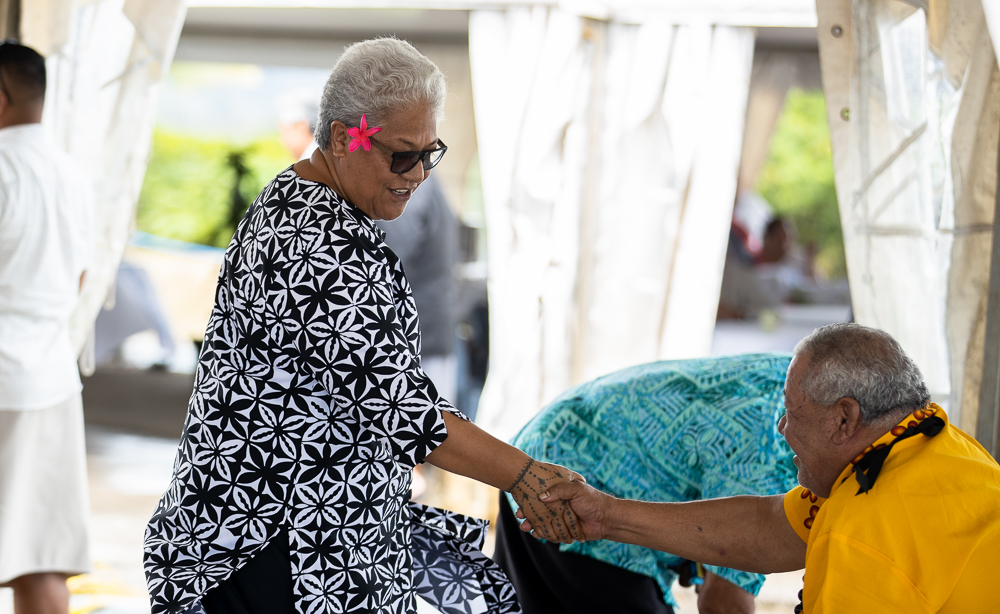 Prior, Tuilaepa also took the opportunity to congratulate the M.P. for Gagaifomauga No, 3, La’auli Leuatea Schmidt on his return to Parliament after winning his constituency’s by-election.

He said that he did not think La’auli would consider running for office again after "you turned your back  to Parliament and your brothers who reprimanded you out of love”.

“I pray that you find a forgiving heart to forgive your brothers and sisters that spoke and offered advice for you on that morning.”