Young jockeys train on their horses at the Faleata Racetrack. (Photo: Francis Faalili)

The love for horses is the driving force for the small group of families who are keeping the Samoa Racing Club goin.

Despite the once-strong club membership dwindling since the racetrack was moved from Apia Park to Faleata, veteran jockeys and horse lovers are determined to keep the club alive.

Next month on 3 October 2020, they will host their second big race event for the year, which as well as horse races of both half-bred and village horses, will have children’s entertainment, food, and festivities. There will even be a power-walking race around the track for the walking community that enjoys the track in the cool evenings.

The measles epidemic and now COVID-19 state of emergency has postponed their plans for a monthly race meetings, but the club are determined to fill the calendar as best as they can. 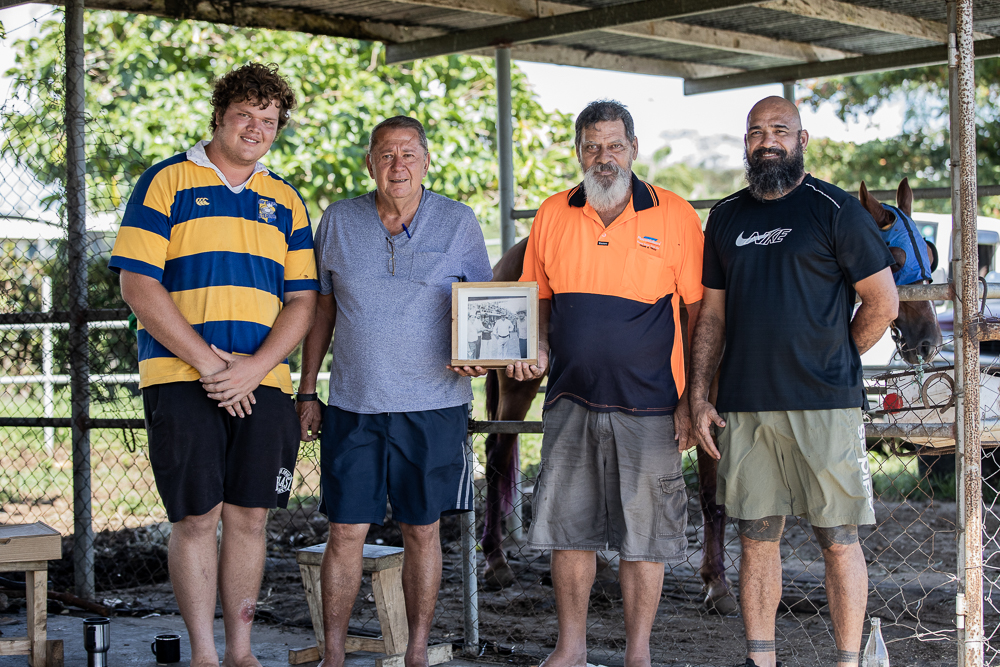 The youngest member of the committee is a man hoping to carry on both his grandfather’s horse-riding legacies, Lesa Richard Keil and Tuatagaloa Joe Annandale. Richard Annandale found it hard to articulate exactly why he loves horses, the racetrack, and the club community so much.

His grandfather Lesa brought him along to club committee meetings from the age of seven, and he has been hooked ever since.

“It’s a love for the animals, I love the breeding side. I love to read their bloodlines, to trace their attributes and body types,” he said.

“I like to see what they might get from their father or their mother, if they live up to the reputation. I like tracing their ancestry.”

Mr. Annandale spent his high school years in Auckland and missed the horses terribly, and phoned into committee meetings often.

“It’s something that is dear to me that I can probably never let go. I was brought up from a young age with horses, so it’s part of me.”

“My family are horse people,” Lesa said. “It’s a hobby, and a love of horses […] and the company is really good, it’s getting together, it’s the connections, the jokes and the laughs you get.”

Lesa has been part of the club since the 1970’s. His family has been in the community for as long as he can remember. 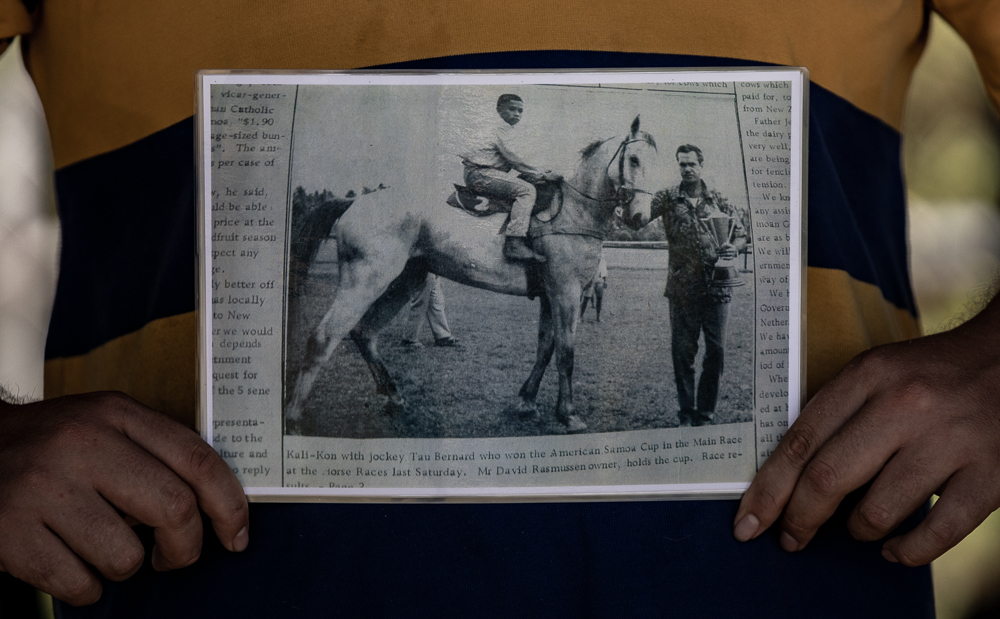 Another longstanding member and current President, Tuilaepa Peter Rasch came into racing a little later than some of his peers, but grew up on a farm around horses.

He finally joined the club with his own racehorses in tow aged 30, after living abroad for a while.

It was him and nine others, including club committee member Fata Siegfried 'Siggi' Levi's father, Fata Kim Levi, who built the Faleata complex from the ground up and largely out of their own pockets.

Fata Siggi said he carries his father’s achievements of helping prevent the club from fading into history with him.

“If it wasn’t for Siggi’s dad I think we would have lost horse racing,” Lesa said.

Before Apia Park, Samoa’s horseracing community the Apia Sports Club held horseraces along the beach in Moata’a between 1903 and 1909. The first race at Apia Park was in 1910 and marked the birthday of the German Kaiser.

Of particular pride to the group is that Samoa is the only South Pacific island country to have a proper racetrack.

Horses are like big pets, Fata Siggi said. He not only grew around horses but alongside them, starting his riding on the youngest foals his size and then eventually riding as a jockey on the grown horses from age 13.

“I can’t explain it, we grow up with them and just get attached to the horses, and now we can’t let go,” he said. 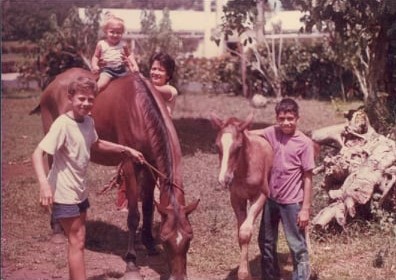 Once upon a time the club horses were mainly imported thoroughbreds. But they were too expensive to take care of, so today the focus is on either local Samoan horses or half-bred horses.

There are enough village horses in the club now that the race event next month there will be one race for Samoan horses only.

Sadly for the committee and the racing club, many of their long-standing members are getting older and passing on. Others have had to focus on other priorities like their growing families or businesses.

Lesa said most of the members have direct genealogical links to the German Samoans who started the racing club back in 1903.

But they will have to learn to attract new members outside the family somehow. Fata said of his four daughters, not one is interested in taking up jockeying or horse training. 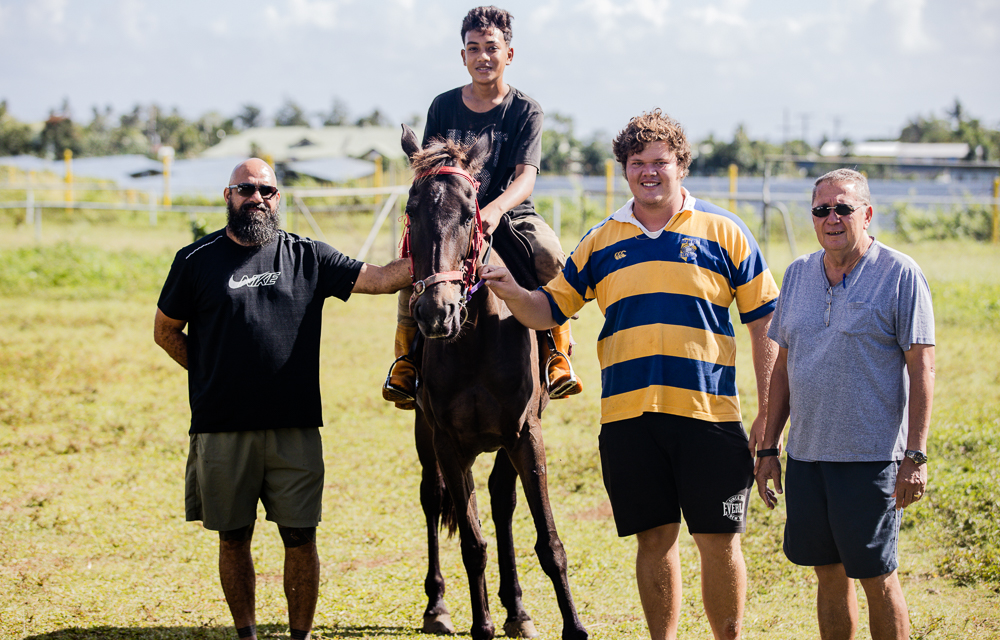 “It’s not an easy question,” he said. “We are trying to revive this and push it, and maybe with the improvements we have planned it will put some interest out there in the public.”

The club hopes to start a horse riding academy in the near future, targeted at 14 to 15-year-olds. A Samoan jockey does not have too many years of riding in them before they grow too big for the horse, Lesa said.

In the meantime, the racetrack, with the horses milling around the outskirts chewing grass, is advertisement enough for some youngsters who wait around for the committee to arrive and ask to learn to ride.

Some of them even bring their horses from their plantations to train with.

“They just turn up out of nowhere,” Lesa said.

“We don’t know them, they come and they are sitting around and ask us can we ride, can we train.

“They probably have the love for horses like we do.”

Race day on October 3rd will include corporate tables and entertainment events, include racing for people and cyclists as well as the horses.

To book a corporate table on race day or to offer sponsorship to the club, contact Paula Schaafhausen on: 7653321 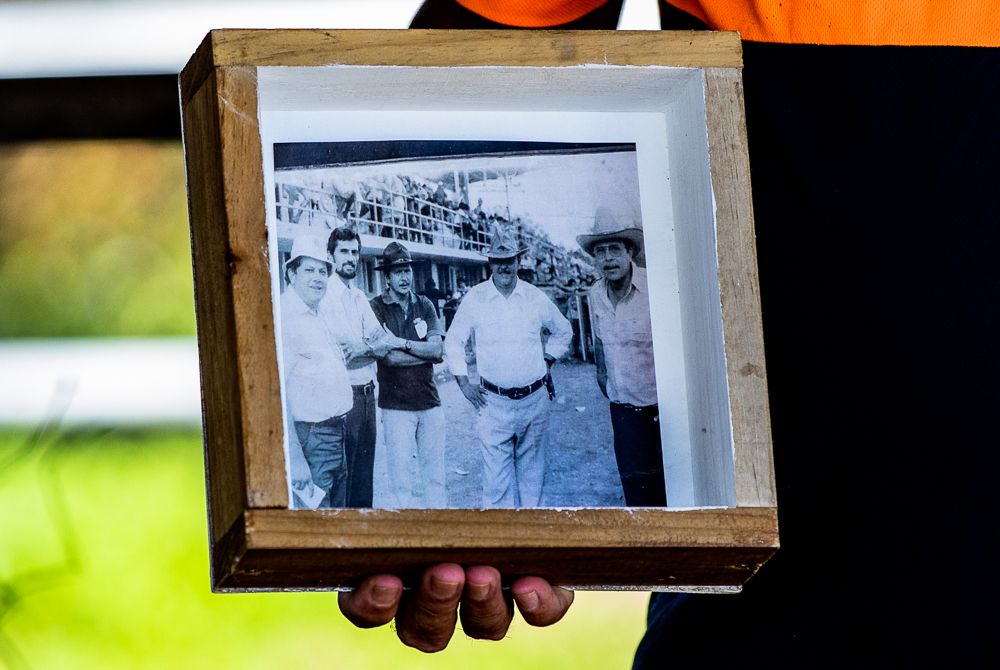