More than 30,000 people have claimed their $50 as part of the census registration. (Photo: Vaitogi A. Matafeo.)

Close to $2 million has been paid to 37,477 citizens who participated in the Government’s census and national identification registration.

The exercise from 24 August to 5 September was spearheaded by the Samoa Bureau of Statistics [S.B.S.].

As part of efforts to get citizens to participate in the census and the national ID registration exercise, each person was given $50 and the budget for this expense was approved in May this year as part of the Government’s Phase II Stimulus Package.

The Government Statistician, Ali’imuamua Malaefono Ta’aloga, revealed that a total of $1,873,850 has been disbursed thus far after a total 37,477 Samoans participated in the exercise and were each paid $50.

She emphasised that these included 23,277 people representing 4,357 households in Vaimauga West and Faleata Sasae.

According to Ali’imuamua, they scheduled three weeks to complete Vaimauga West and Faleata Sasae, and then continue for another six weeks through the rest of the Upolu and Savai’i districts from next week.

She said to date a total of 54 villages in Upolu and 32 in Savai’i have been covered, though the S.B.S. teams did experience some challenges.

“So far the response has been very positive due to the financial assistance to families but we still had few refusals.”

There are 20 teams that are working 9am to 7pm on a daily basis to cover their allocated areas, added Ali’imuamua, and villagers have to wait until a team gets to their community, if they want to receive $50 each. 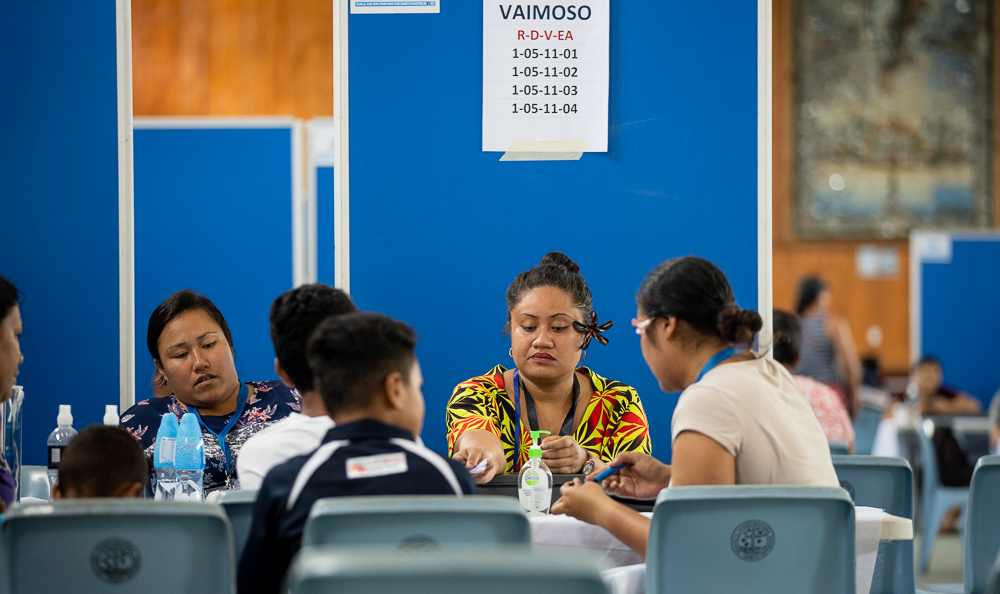 “The Ministry of Women Community and Social Development is also part of the taskforce and they are also aware of the schedule of villages in Upolu and Savaii. They can call us at [telephone] 62000 if they want to know their turn.

“The census is always a significant event, because this is the basis for the financial disbursement at the moment and has always been the basis for all other national developments in health, education, labour force, etc.”

Ali’imuamua said the addition of the National ID exercise is a new initiative and is being trialed as part of the census project.

Lessons from this exercise will help us to identify any gaps with our current civil registration database that we are using to verify the Samoa citizens on the field, and, also to verify people with or without birth registration so we can improve our birth and death registration systems,” she further reiterated.

“The financial assistance as part of the Government's Stimulus Package for every citizen of Samoa has been mostly appreciated by the recipients.”

And on a positive note, Ali’imuamua indicated that there is a “bonus” in this round of the census program, a subtle reference to the $50 payment to each individual.

“I hope the response will be the same without the money in the future census activities, but then people will now realise how importance the census is, because their family names were from the previous census in 2016.”