The Government is proceeding with the reconstruction of the Lelata bridge. (Photo: Aufai Areta Areta)

The Government is moving forward with the reconstruction of the Lelata Bridge and seeking interested bidders to carry out the work.

According to a tender document, the Government has received financing from the Green Climate Fund (G.C.F.) to contribute to the cost of the Vaisigano Catchment Project.

The Government intends to dedicate part of these proceeds towards the reconstruction of the Lelata Bridge.

(The broader catchment project is a six-year initiative designed to reduce the potential risks to infrastructure in Apia caused by potential flooding of the Vaisigano River).

The closing of the tender is scheduled for 9 November, 2020.

“The works will include, but will not be limited to demolition and Removal of the current Lelata Bridge Structure; precast prestressed concrete single hollow core beams with an in-situ concrete topping slab; L-shaped In-situ concrete abutments,” the tender document states.

The bridge’s existing opening will be maintained; precast beams will need to accommodate the bridge’s length at 23.5 metres. 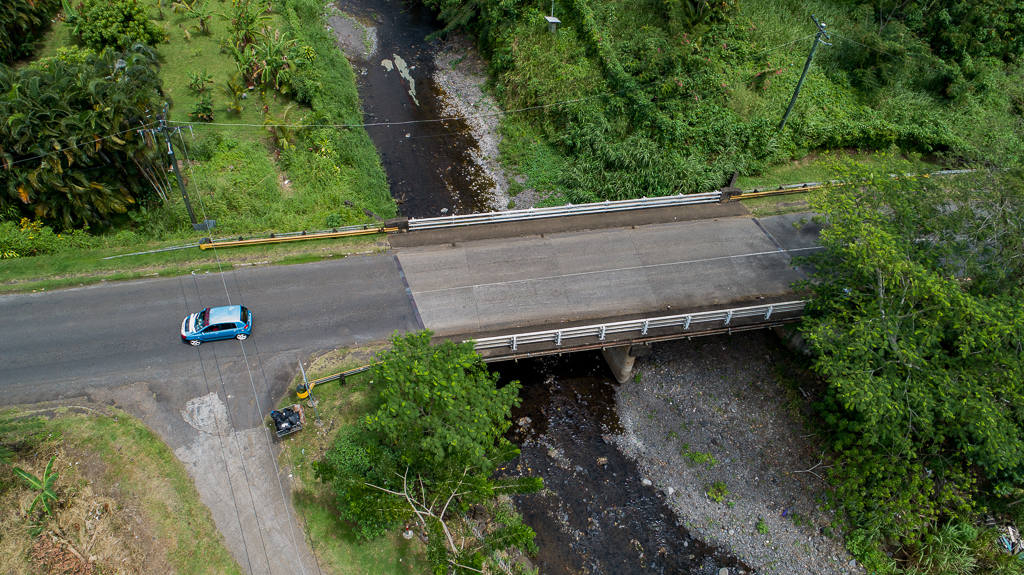 The TL4 barriers are a high performance rail system designed to increase pedestrian and vehicle safety on bridge rehabilitation projects.

Last year the manager of the L.T.A.’s  Project Management Division, Maverick Wetzell, said the overall goal of the project was to increase the protection of road users and residents in the area in times of extreme flooding.

“As you will have seen the Government has completed the first segment of the river wall here and so this project is to go along the extension of the wall that will reach Lelata Bridge,” he said in a statement at the time.

“Lelata Bridge is a crucial bridge and you know it is a connection between the Fagalii airport as well as the schools around the nearby area.”

The funding for the project is from the U.N.D.P’s Green Climate Fund.

In 2018 a contract was signed with B.E.C.A. International Consultants Ltd to carry out the design and supervision of the new bridge.

“Due to the construction of the proposed flood walls, the current Lelata Bridge will have to be raised in order for both infrastructures to properly align.”

B.E.C.A. has been carrying out a geotechnical investigation as part of the design process.

Mr. Wetzell said the result of the investigation will be used to find suitable ground conditions for the foundation of the reconstructed bridge:

“The main criteria is to raise the level of the bridge to accommodate the height of the new river walls to achieve the main focus of this project as a whole – trying to mitigate and to minimize the effects of climate change and flooding that affects the community.”