CELEBRATING: La'aulialemalietoa Leuatea Schmidt, the newly-elected M.P. for Gagaifomauga No.3 flanked by his supporters on Friday (Photo: Aufa'i Areta Areta )

According to the preliminary count for the election announced on Friday afternoon, La'auli more than trebled the votes of his opponent, independent candidate Fa'aulusau Simi Laulua.

Speaking to the media on Friday, La'auli was overwhelmed and humbled by his victory, following months of controversy swirling around his exit from Parliament and Friday’s by-election.

"This is it," an emotional La'auli said.

The Former Speaker of the House credited God for his success.

"The glory goes back to God who chose me and made this possible. This is His will and I am thankful to the Lord for everything,” he said.

While he celebrated his victory on Friday, surrounded by hundreds of supporters, families, and friends, La'auli reflected back on his journey.

"This has been the most challenging parliamentary term for me," said the M.P. who was first elected in 2006. 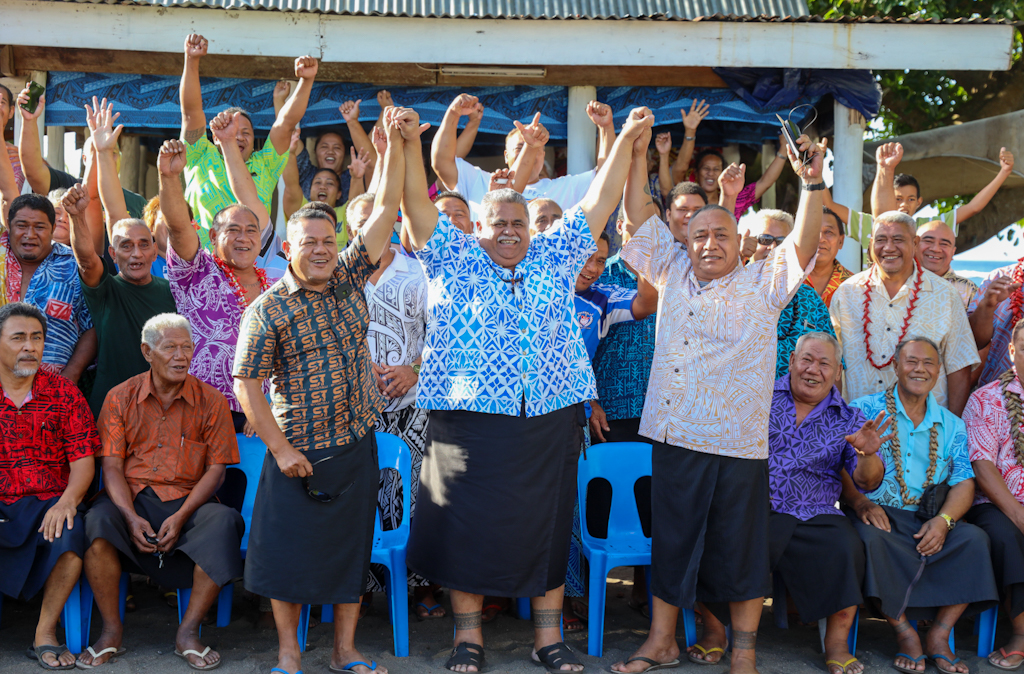 "The past few years have been tough and as I said before, I walked in the valley of death, and I don't ever want anyone else to go through the same path I took.

"We sailed through some rough seas."

Asked for his future plans for the remaining months of this parliamentary term, La'auli said: "The only thing that's new is the fact that I am walking back into Parliament holding the banner for F.A.S.T.

"A political party that we nurtured, developed over some time, and finally established.

"It was not easy, because we (Gagaifomauga No.3) were there during the establishment of the ruling Human Rights Protection Party (H.R.P.P.).

"But I am confident and looking forward to returning to Parliament and start anew."

Looking ahead, the former Cabinet Minister is optimistic.

"I am very looking forward to going back into Parliament," he told the Samoa Observer.

"I am looking forward to seeing my good friends Leatinu'u Wayne and Olo Fiti Va'ai in Parliament."

La'auli then used the opportunity to thank his families, friends, and all those who supported him.

"This would not have been possible without the support of so many people," he said.

"I want to thank my constituency; they stood by my side and again, they have given me their trust and put their faith in me to voice their opinions in Parliament.

"I will go happy and serve them well for I know I have their support and trust.

"As you may have been aware, the integrity and the loyalty of this constituency have been tested not once but so many times before.

"But today's by-election shows that they are not shaken by anything or anyone.

"So I thank you from the bottom of my heart. I also want to thank all the church ministers who prayed and supported us all along.

"To our families and friends overseas, we thank you for your ongoing support and prayers."

La’aulialemalietoa Leuatea Polataivao was declared the provisional winner of Friday's by-election after the Electoral Commission count found he had won 691 votes from four polling booths. 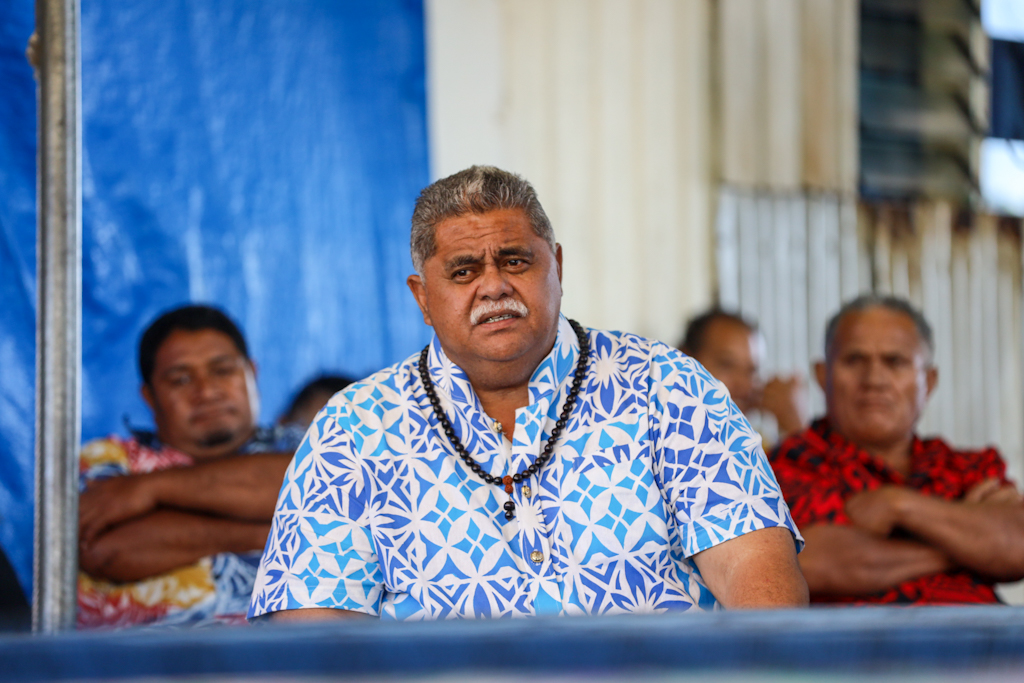 That was enough for him to beat Fa'aulusau Simi Laulua, who contested the seat as an independent candidate and was declared to have won 205 votes.

A total of 932 voters out of a total of 1445 registered voters showed up to polling booths, meaning a total of 500 voters did not show up for the election, officials said.

La'auli's seat was declared vacant following his verbal resignation from Parliament in June this year.

He entered Parliament as an H.R.P.P. member back in 2006. He was the Speaker of Parliament from 2011-2015 and became a Cabinet Minister after the 2016 General Election.

However, he was sacked from the H.R.P.P. in May 2020, after voting against proposed amendments to the Constitution and a prolonged back-and-forth with Prime Minister Tuilaepa Dr. Sailele Malielegaoi.

When Parliament convened in June, the M.P. offered his resignation from Parliament after the Parliamentary Privilege and Ethics Committee found him guilty of contempt of Parliament and recommended that he should be suspended for three months without benefits.

He was then asked by the Speaker of the House, Leaupepe Toleafoa Fa'afisi to honor his resignation from Parliament by handing in a written resignation letter.

However, his constituency asked him not to tender in a resignation, instead, start up a new political party.

A few weeks later, La'auli wrote to the Speaker of the House, to explain the decision from his constituency, which was interpreted by the Speaker as his official resignation from Parliament.