Twins from Manono and Luatuanuu are eyeing a spot in the Manu Samoa and hopes to take their rugby career to the next level.

"For me, I just want to play my very best and hoping to get selected in the Manu Samoa squad if God willing, and I want to take my rugby career a little bit further. I'm hoping to develop my rugby career to the next level,"  says Mark Kolio, the youngest of the twin.

The 21-year-olds Mathew and Mark Kolio are both playing in the Vodafone national sevens series.

Mathew Kolio, the eldest is playing in one of their village's team St. Pierre Chanel Malotau and Mark Kolio, who played for Taula Eels in the first leg and moved to play for SCB Apia Maroons later on. 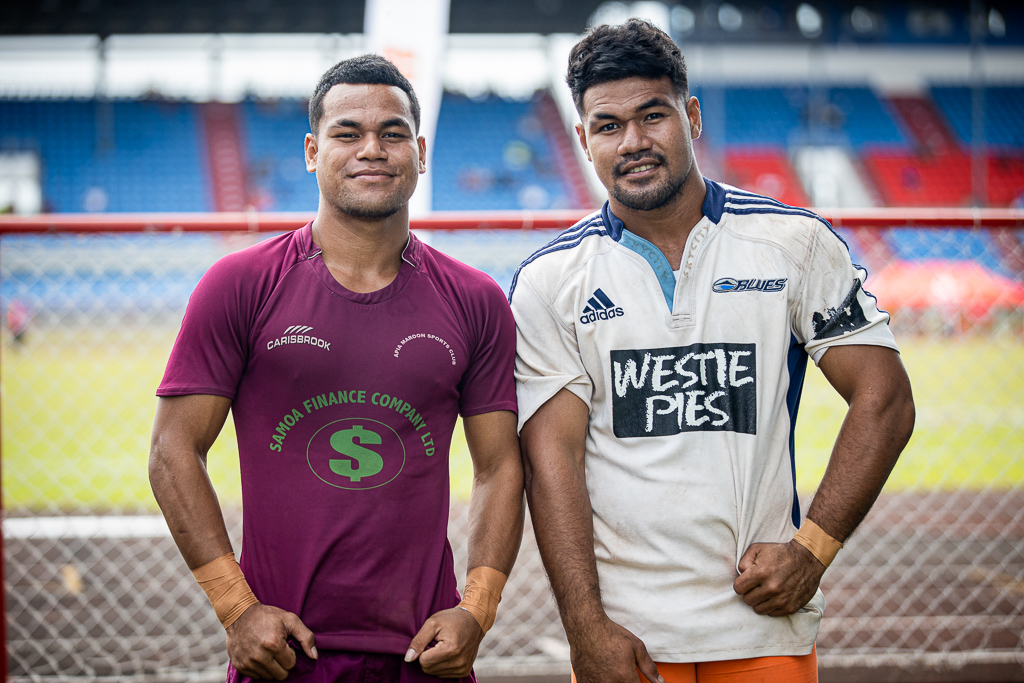 The pair are both wingers in their respective teams, despite playing in different teams they both have similar goals and that is to earn a spot in the sevens squad. They both told Observer sports of their journey as rugby enthusiasts.

"We both started playing in our village Malotau when we were just kids, then went on to play for St Joseph's College, and then I was selected to play in the Apia Maroons," says Mark Kolio.

"Like my twin already said that's how our journey started, however, after I played for Maroons in 2017, I then chose to go back and play for my village Manono through our Malotau team," says Mathew Kolio.

The pair also spoke on the challenges that come with being a good player and showing good sportsmanship and most of all maintaining their discipline during a game.

"The challenging part for us is decision-making, when the games get tough and we are in a position to make a decision we some times tend to make the wrong call either because were pressured or it's just because of our mindset at the time," added Mark Kolio.

Mark Kolio's team Apia Maroons is one step closer to the Cup Finals, but Mathew Kolio's team failed to earn a spot in the top eight.