Eight teams one step closer to the Cup final

Tama Uli with the ball tries to break away from an Ulutogia tackler. (Photo: Francis Faalili)
Samoa Rugby Union

Eight teams are one step closer to the  final of the fourth and final leg of the Vodafone National Sevens after a day of tough match ups at Apia Park on Friday. 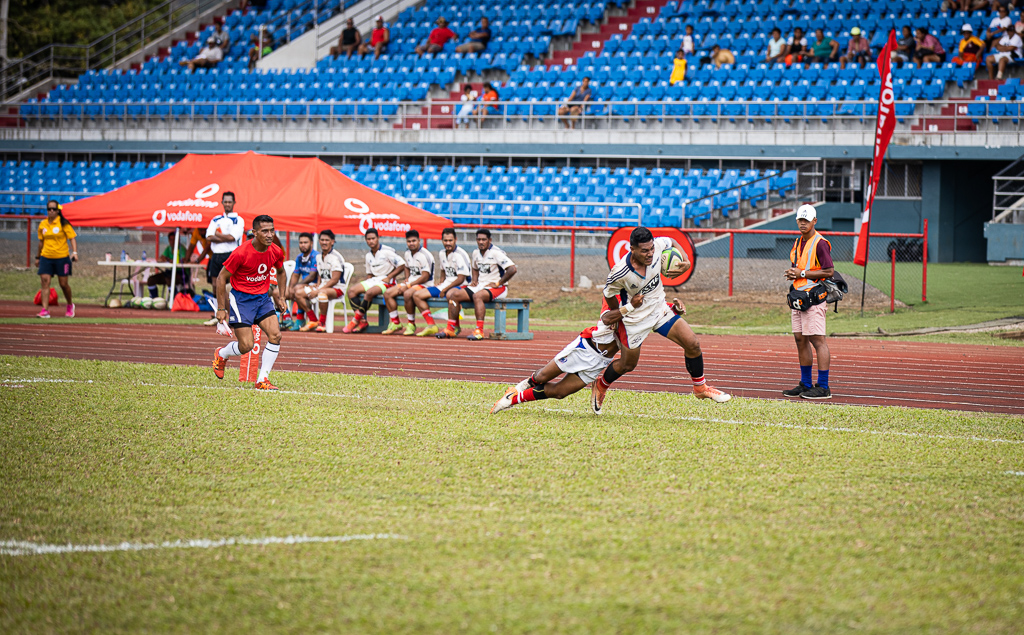 The Taula All-Stars, Matniuel Laulii Lions, Tepatasi, and Tama Uli were able to secure their spots in the Cup quarter-finals after conceding no losses in their three pool games. 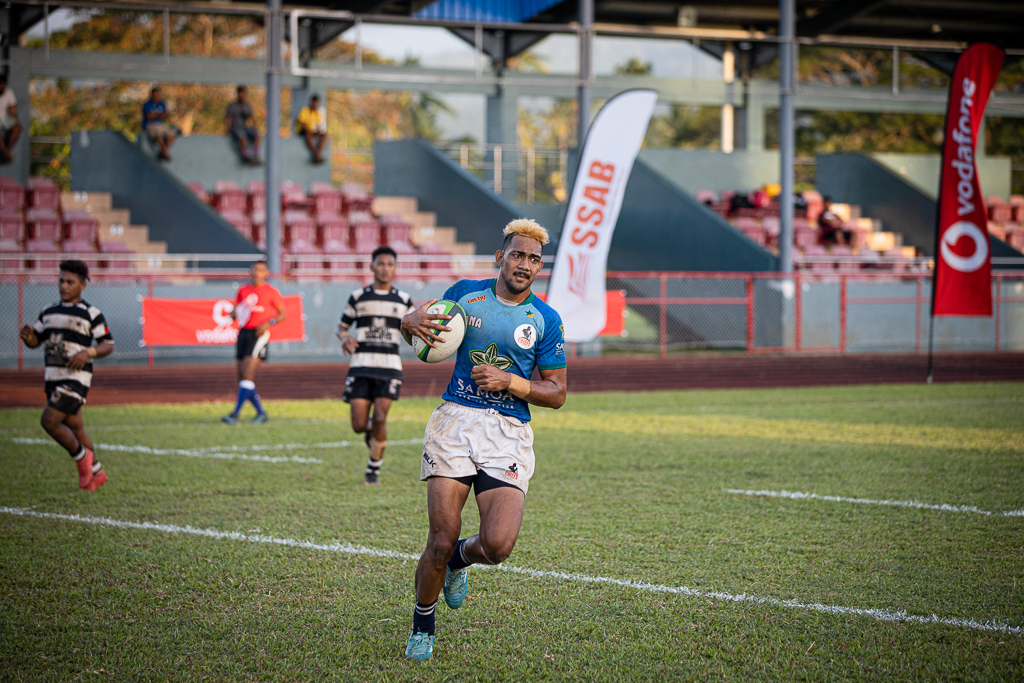 The Taula All-Stars and Matniuel Laulii Lions are from the Apia Rugby Union; Tepatasi hails from the Aleipata Union and Tama Uli from the big island of Savai’i. 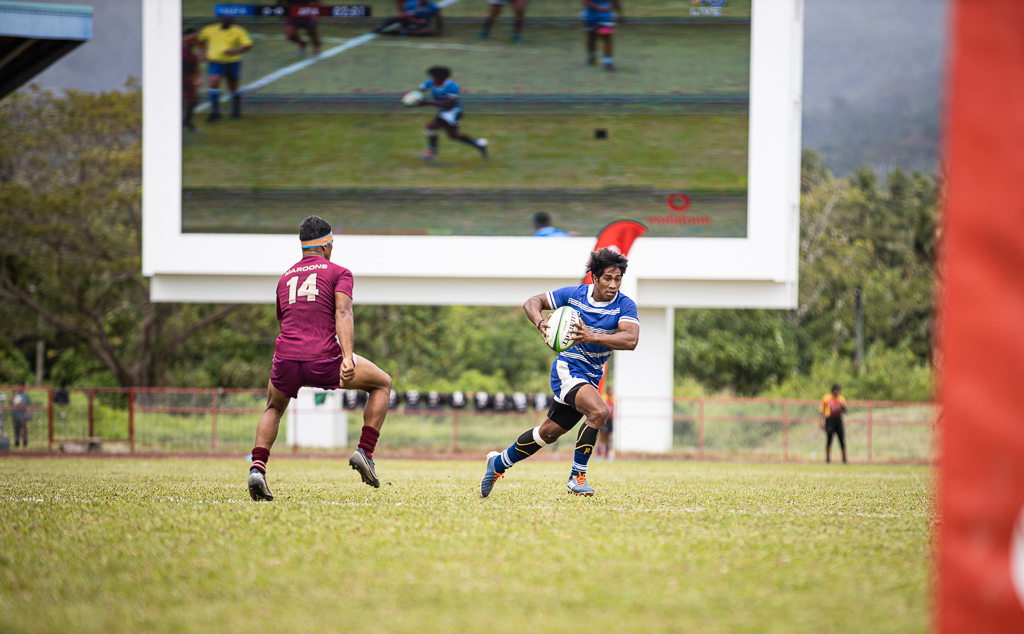 Another four teams are sitting on the second tier but still holding on to a shot at making the Cup quarter-finals: B.B.E. Vaiala, A.S.T. S.C.O.P.A., the Isuzu Aana Chiefs and S.C.B. Apia Maroons. 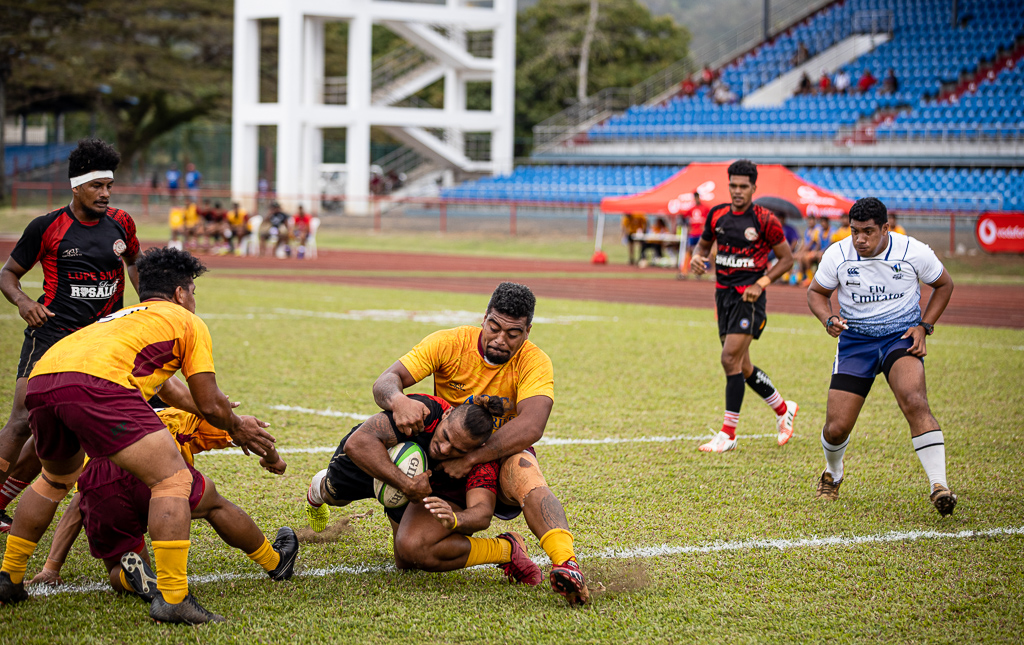 B.B.E. Vaiala were in the same pool as Tama Uli: both have finished had two wins and one draw, the latter a result of a matchup between the rivals. But Tama Uli has the edge on points and is therefore leading their pool. 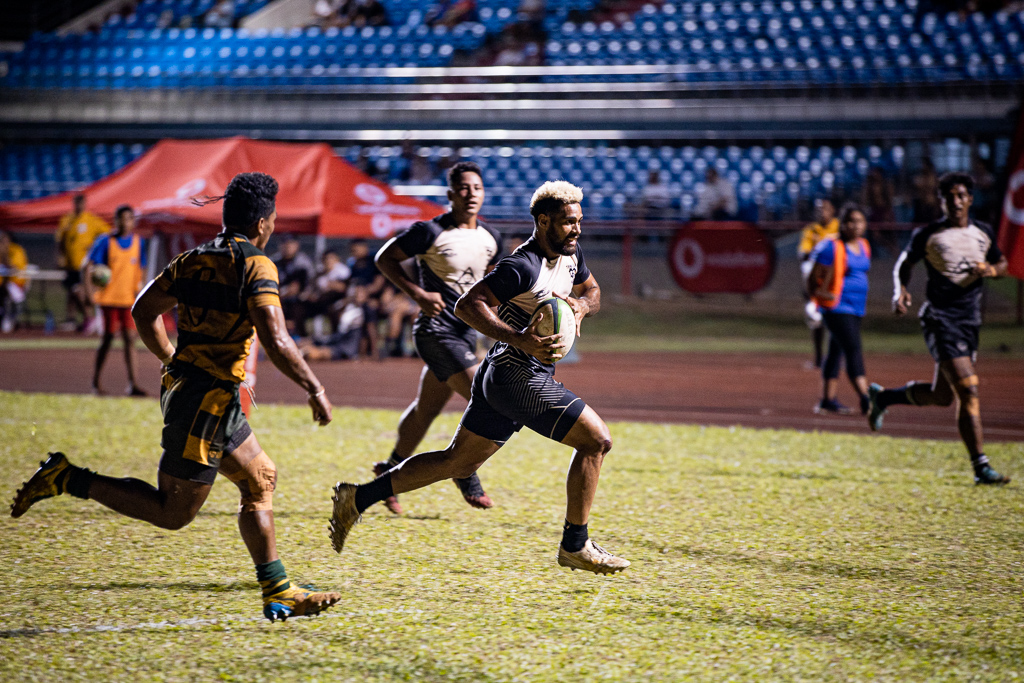 All the teams fought tough matchups as they eyed a spot in the cup quarter-finals and, ultimately, bringing home the Cup trophy.

Tama Uli won the first leg of the sevens series while Taula All-Stars won the last two legs. The winner of the final leg remains up for grabs with all the eight teams vying for the title.

The Taula All-Stars are especially keen to defend their title and claim the final leg, making for a hat-trick after their win last week. 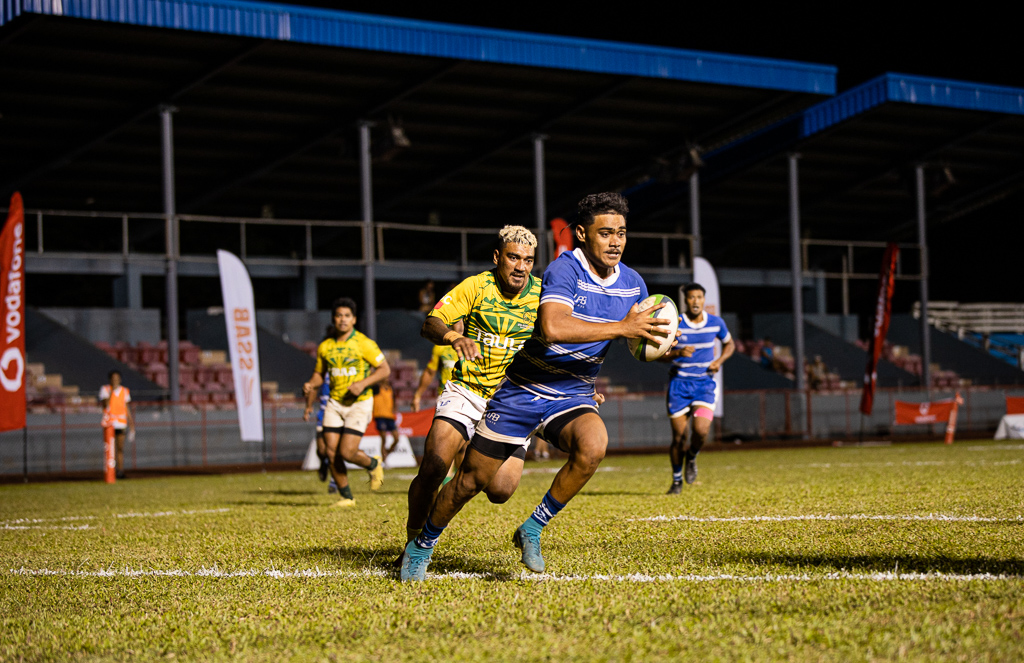 Hundreds of fans gathered at Apia Park ahead of more play tomorrow.